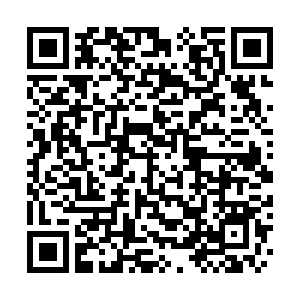 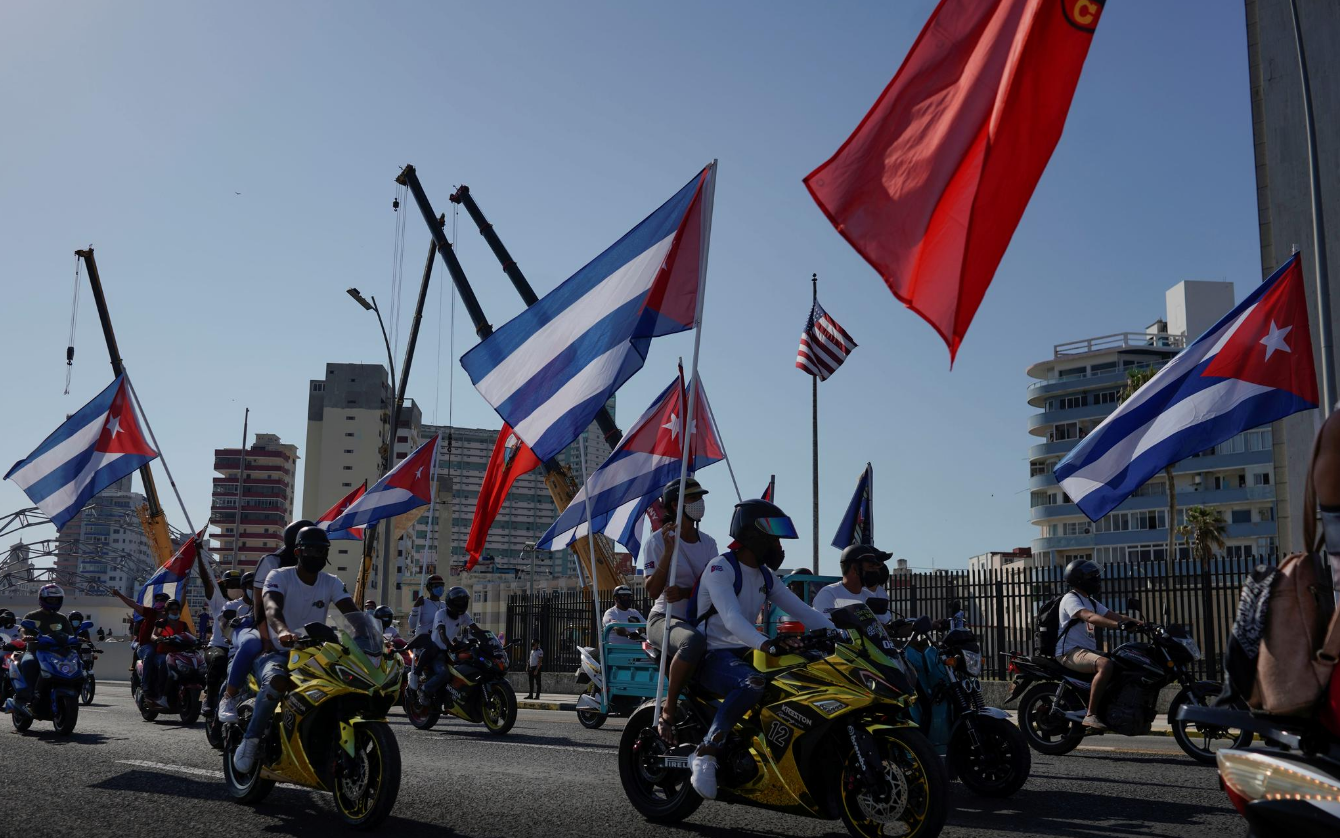 People with Cuban flags ride in front of the U.S. embassy during a motorcade in protest against the trade embargo on Cuba by the U.S. in Havana, Cuba, March 28, 2021. /Reuters

People with Cuban flags ride in front of the U.S. embassy during a motorcade in protest against the trade embargo on Cuba by the U.S. in Havana, Cuba, March 28, 2021. /Reuters

Hundreds of Cubans took to Havana's famous seaside drive on Sunday in a colorful caravan of cars, motorcycles and bicycles to demand the United States lift its "genocidal" embargo on the Caribbean island nation, which has lasted for six decades.

"We are demanding the end of the blockade," Cuban Foreign Minister Bruno Rodriguez, the highest-ranking official present at the protest and a member of the Communist Party's Politburo, told media.

"The opportunistic tightening of the blockade during the Trump government, in the midst of the COVID-19 pandemic, makes it even more genocidal," he added.

The caravan was part of a weekend of small protests and caravans in more than 50 cities around the world, including in the United States, supported by local authorities in hopes of influencing the Biden administration to change U.S. policy and to counter a campaign by Cuban exiles to keep the embargo in place.

Horns blared, Cuban flags fluttered and masked protesters yelled "down with the blockade" as they passed the U.S. embassy situated along the drive, known as the Malecon, in vehicles of all sizes and vintages.

Biden, a Democrat, vowed during his 2020 presidential campaign to reverse Trump's policy shifts that "have inflicted harm on the Cuban people and done nothing to advance democracy and human rights."

The tightening of the trade embargo under Trump, a Republican, has inflicted further pain on the communist-run island's ailing state-controlled economy, contributing to worsening food and medicine shortages.

The Biden administration says it is reviewing U.S. policy on Cuba but has not indicated when it will act or what it will do, nor whether Biden will fully revert to the historic detente between Washington and Havana that was initiated by Democratic former President Barack Obama.