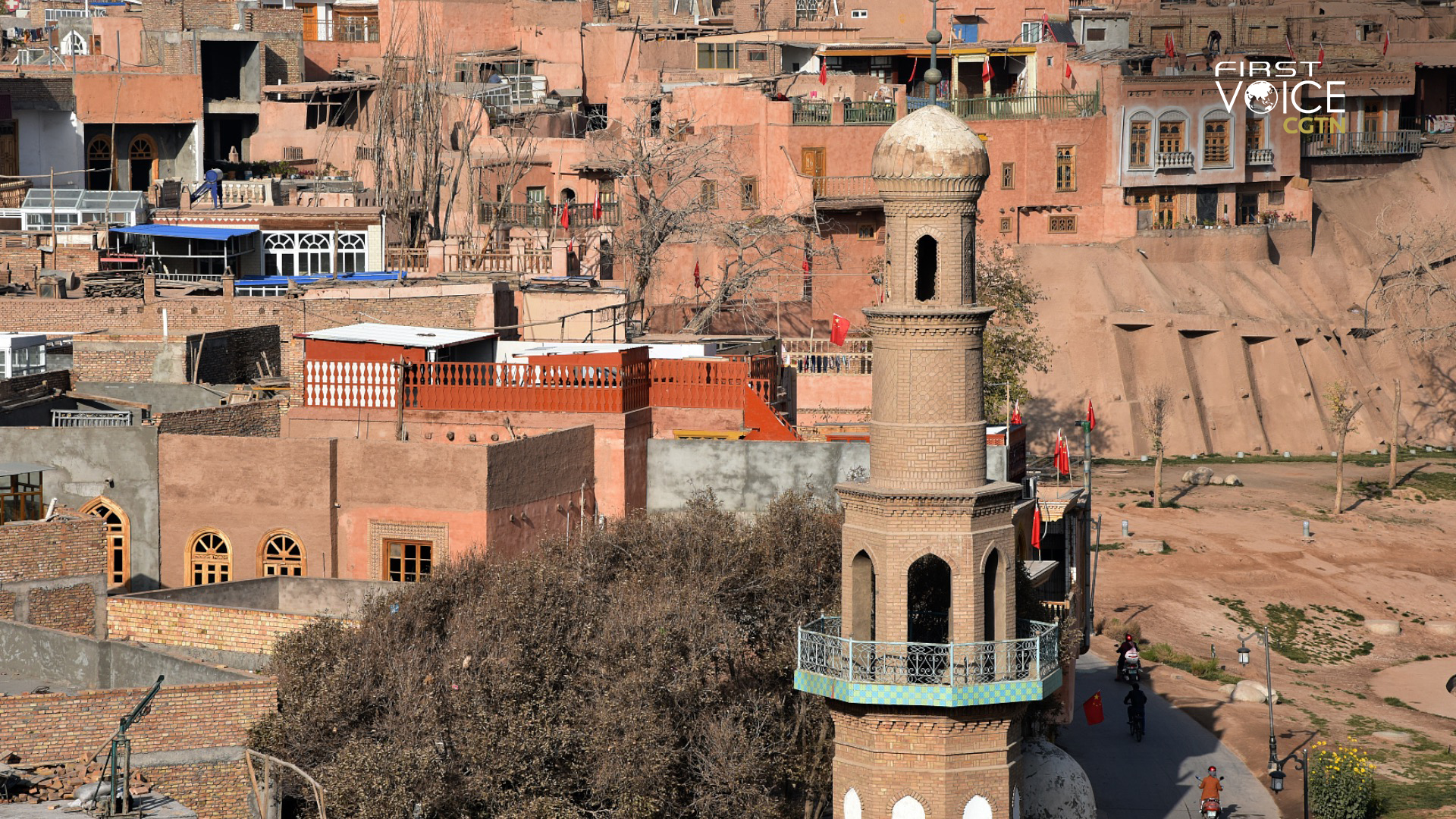 Western media have a terrible track record on fact checking or questioning serious charges made against those that their governments consider as geopolitical adversaries.

Though no photographic evidence or satellite photos have proven it to be true and no UN body has validated the accusation, the Xinjiang-"genocide"-narrative gained traction within the media circle. The thirst for any sources – credible or not – on this fiction seemed unquenchable. Any sliver of information could be quoted, used and pushed in major media organizations without due diligence or validation.

A recent report from the Newlines Institute for Strategy and Policy is the latest media-favorite. The report claimed that China's Xinjiang policies constitute "genocide" and that China has "breached provision of the UN Genocide Convention." CNN ran a story on this report under the headline "First independent report into Xinjiang genocide allegations claims evidence of Beijing's 'intent to destroy' Uyghur people."

The organization describes itself as a Washington, D.C.-based think tank affiliated with Fairfax University of America, previously known as Virginia International University until 2019. Before changing its name, it was almost shut down by state regulators over rampant plagiarism, the admission of large numbers of students with poor English skills, and online classes that were "patently deficient." Most of its 153 students come from overseas. Only one studies foreign affairs. The school appears to be more like a front for getting visas for unqualified foreigners than a school for reputable scholarship.

The think tank and university were founded by Ahmed Alwani, who according to the school's website "has served as a member of the advisory board of the U.S. military's Africa Command." Many of the staff have links to the intelligence community. One of the listed contributors to the think tank is far-right Christian and pseudo-scholar Adrian Zenz, whose role in previous anti-China disinformation campaigns is well documented. The "genocide" report was made in cooperation with the Raoul Wallenberg Centre for Human Rights (RWCHR), whose founder Irwin Cotler has a history of pushing disinformation campaigns against China.

A screeshot of Newlines Institute's so-called "report" on the Xinjiang-"genocide"-narrative.

A screeshot of Newlines Institute's so-called "report" on the Xinjiang-"genocide"-narrative.

So this brand new think tank, stocked with people tied to the U.S. intelligence community operated by a diploma mill and with politically biased "scholars," became the source that's been chased by media and politicians alike. An independent journalist might think this is a very thin reed on which to build accusations of genocide. Did Western media act with any skepticism or doubt at this source?

To CNN's credit, its reporting used terms like "alleged" throughout. However, the report simply parrots the claims in the think tank's production, without questioning its background or motivations of the authors.

And accompanying the report is a photo of what looks like an innocuous large school or compound. But it carries the frightening caption, "This photo taken on June 4, 2019 shows a facility believed to be a re-education camp where mostly Muslim ethnic minorities are detained, north of Akto in China's northwestern Xinjiang region." A normal reader could come away with the impression this is proof genocide is taking place.

This isn't the first time that Western media has championed geopolitics instead of journalistic ethics. Most famously, media bought into the bogus narrative that Iraq, then led by Saddam Hussein, was hiding dangerous weapons of mass destruction. A few contemporary reports citing unnamed U.S. intelligence analysts cast doubt on the claims. Nonetheless, media chose to ignore the lack of evidence and existence of countervailing information in its reporting. Up to one million Iraqis died as a result of the invasion. And no weapons of mass destruction were ever found.

Another example of the media buying into a bogus narrative is the NATO bombing of Yugoslavia from March 24, 1999 to June 10, 1999. Then-president Bill Clinton justified the air strikes as stopping "deliberate, systemic efforts at ethnic cleansing and genocide." Clinton spoke of "at least 100,000" Kosovar Albanians missing. The then Secretary of Defense William Cohen said the 100,000 missing military-age men "may have been murdered."

However, no evidence of a genocide was ever found. And Chinese journalists were among the casualties of NATO's bombing of Chinese embassy in Belgrade. 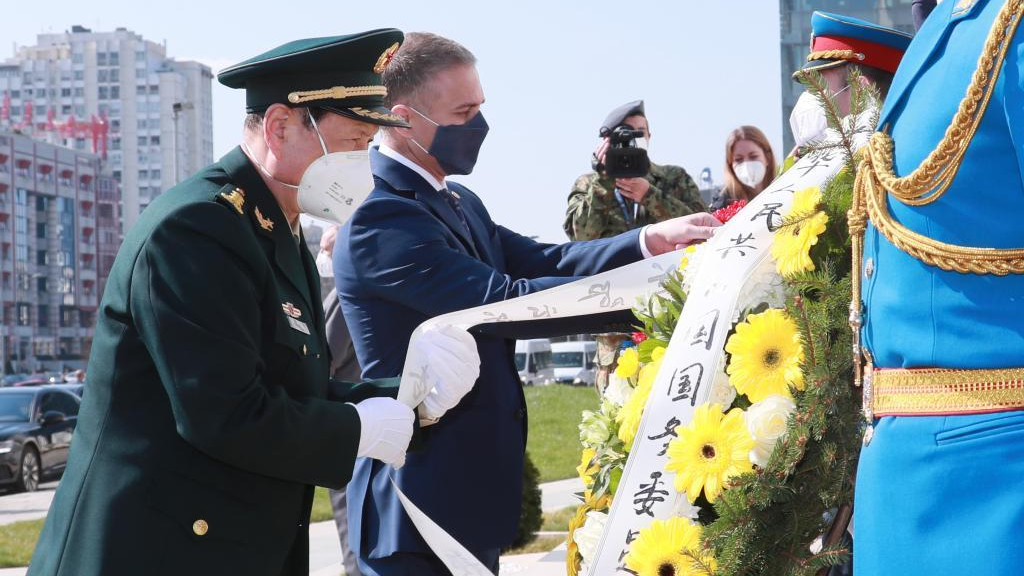 Chinese State Councilor and Minister of National Defense Wei Fenghe (L) pays homage to the martyrs killed in the NATO bombing of the Chinese embassy in the Federal Republic of Yugoslavia in 1999, in Belgrade, Serbia, March 26, 2021. /Xinhua

Chinese State Councilor and Minister of National Defense Wei Fenghe (L) pays homage to the martyrs killed in the NATO bombing of the Chinese embassy in the Federal Republic of Yugoslavia in 1999, in Belgrade, Serbia, March 26, 2021. /Xinhua

There are many examples of Western media buying into false news narratives about China. For example, in 2008, ahead of the Beijing Olympics, riots broke out in Lhasa with shops belong to Han Chinese targeted. Foreign media and human rights organizations reacted with skepticism, painting a picture of authorities shooting protestors based on unnamed sources and "independent organizations" that supported Tibetan separatism.

In a more recent example, during the outbreak of COVID-19 in 2020, Western media repeated lies from then-U.S. Secretary of State Mike Pompeo and others suggesting there was strong evidence that the virus leaked from a Chinese lab. U.S. intelligence services denied there was any such evidence, as did other top ranking U.S. officials. Nonetheless, certain media and officials continue to echo this false assertion, even though there was never any evidence in the first place, and an international UN team reiterated that such a possibility is "extremely unlikely."

In all of these cases, the media grabbed on to a sensational storyline that fits well with the narrative that China is sinister. In the absence of credible facts, Western media organizations simply go with stories based on the slimmest of sources — including sources that are obviously biased or not credible.

This kind of narrative-grabbing makes for good politics and exciting television. It's hard to say whether this is because these journalists are gullible, lazy, can't resist a good story, or are powerless to stand against a narrative being pushed hard by officials or politicians. What's easy to say is that this Xinjiang genocide narrative is pushed based on the flimsiest of evidence.