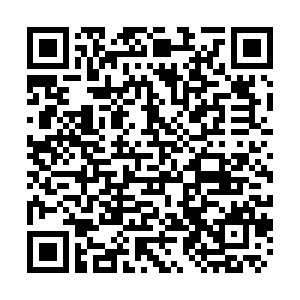 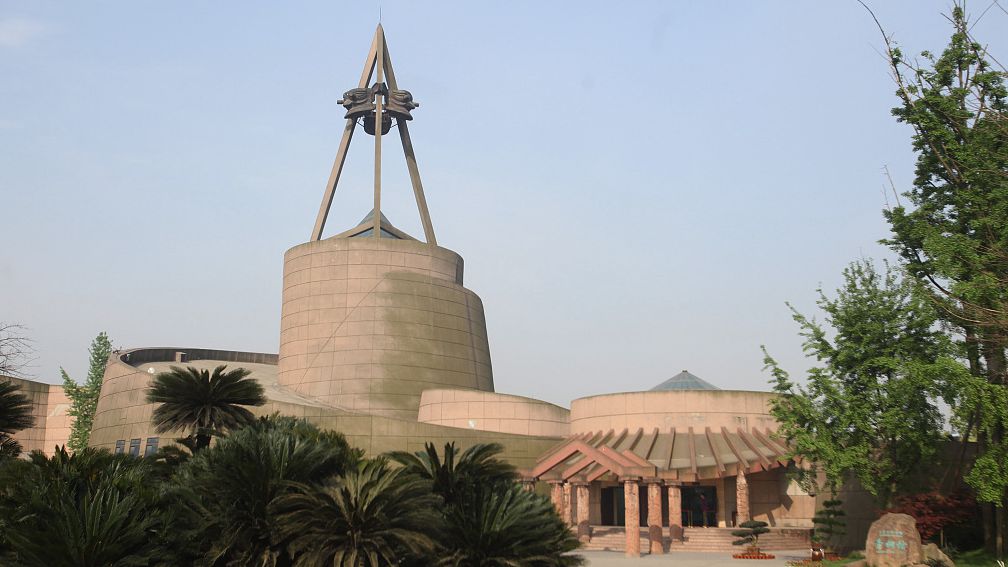 A 3,000-year-old gold mask recently unearthed at an archaeological site in southwest China's Sichuan Province has stirred an unexpected social media sensation in China and brought a tourism boom to the southwest province.

Over the past week, Sanxingdui Museum saw its ticket bookings increase by over 110 percent from the previous week. The hotels in Chengdu City, capital of Sichuan Province, have also seen a growth of nearly 50 percent compared to the week before, according to data released by Alibaba's online travel arm Fliggy.

Also experiencing a boom, domestic airlines linking Beijing and Chengdu were the most booked for the upcoming three-day holiday from April 3 to 5, with an average cost of 741 yuan ($113), online travel agency Qunar revealed.

The hotels around the Museum are expected to see a peak during the upcoming holiday.

"In recent days, the rooms in our hotel are almost full every day," said Wang Haoru, general manager assistant at Xinhua Haiyi Qushangyuan Hotel, which is a 10-minute walk from Sanxingdui Museum. 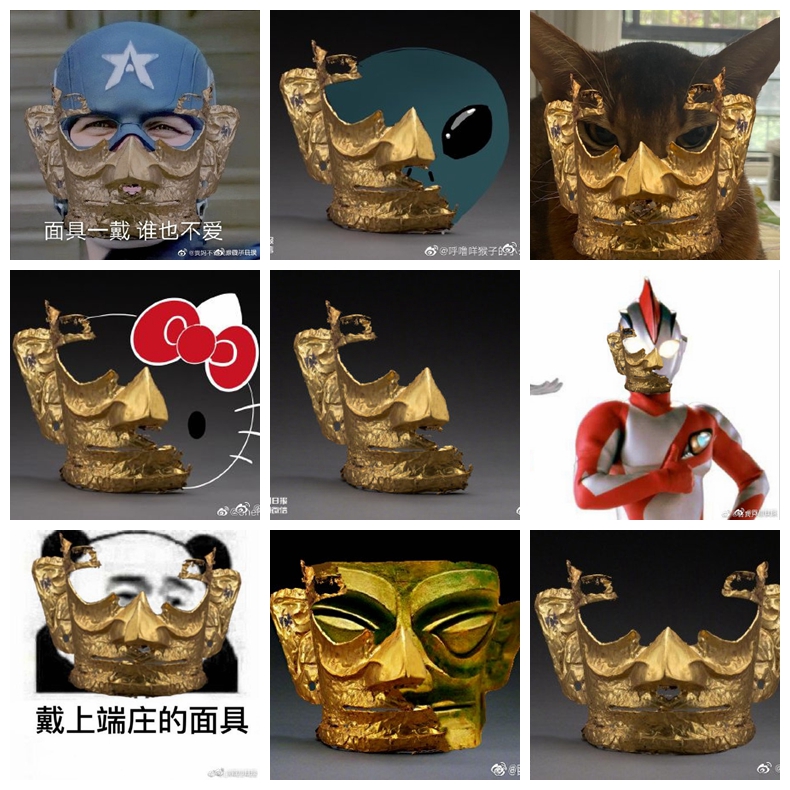 Some internet users' versions of the half gold mask. /Sina Weibo

Some internet users' versions of the half gold mask. /Sina Weibo

While many are anxious to visit the Museum and take a closer look at the relics on display, lots of internet users have shown an interest in the mysterious half-faced gold mask, one of the 500 Bronze-Age relics brought to light from the archaeological site and released by Sichuan Provincial Cultural Relics and Archaeology Research Institute and the National Cultural Heritage Administration on March 20.

The mask has spawned popular memes as users of China's Twitter-like Sina Weibo have superimposed the mask onto the faces of pop culture figures, including Ultraman and pandas.

The hashtag #SanxingduiGoldMaskPhotoEditingCompetition has been viewed more than five million times and generated heated discussions among Weibo users who are busy sharing their versions of a full golden mask.

Based on the unearthed half mask, an intact gold mask is estimated to weigh more than 500 grams, Lei Yu, a researcher at Sichuan Provincial Cultural Relics and Archaeology Research Institute, team leader of the ongoing excavation, told Chinanews.com.

In Lei's opinion, if an unbroken gold mask is uncovered during excavation, it would be the biggest gold mask compared to the others unearthed in China and the heaviest. 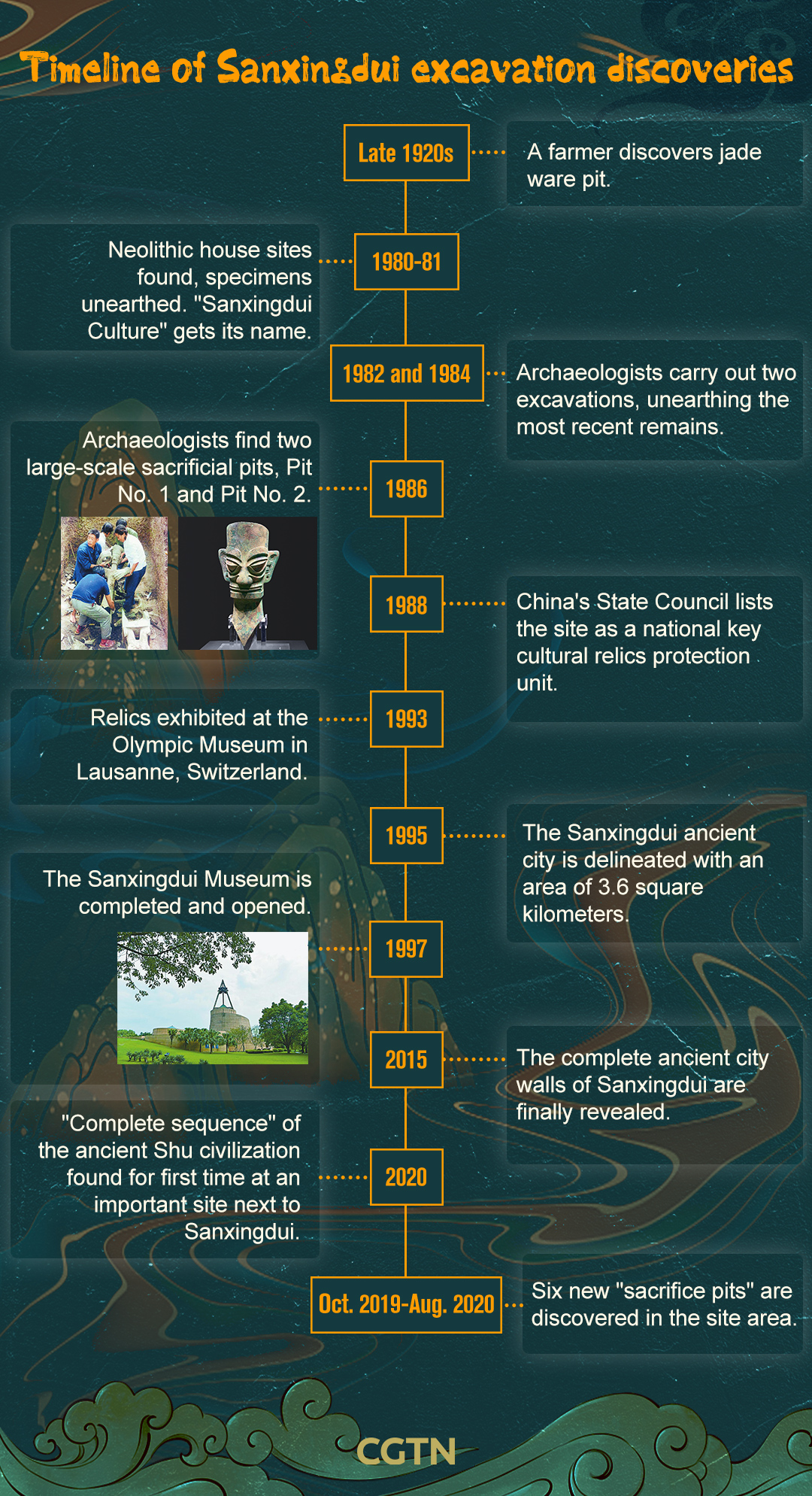 In addition to the gold mask, archaeologists at Sanxingdui have also found bronze pieces, gold foils and artifacts made from ivory, jade and silk in six sacrificial pits, which date back over 3,200 years.

The items are said to be used by the Shu civilization to offer sacrifices in prayers for prosperity and peace.

The Sanxingdui site, first found in 1929, is generally considered one of the most important archaeological sites along the upper reaches of the Yangtze River.

"The archaeological achievements at Sanxingdui site fully show how much the ancient Shu civilization and Yangtze River culture have contributed to the Chinese civilization," Song Xinchao, deputy head of the National Cultural Heritage Administration, told Chinanews.com

These relics exemplify the diversified and integrated development of the Chinese civilization, Song said.