Download
Tesla vs Nio: Is it smarter to charge or swap battery?
By Liu Xun 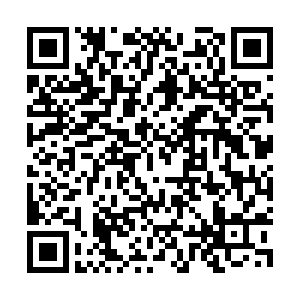 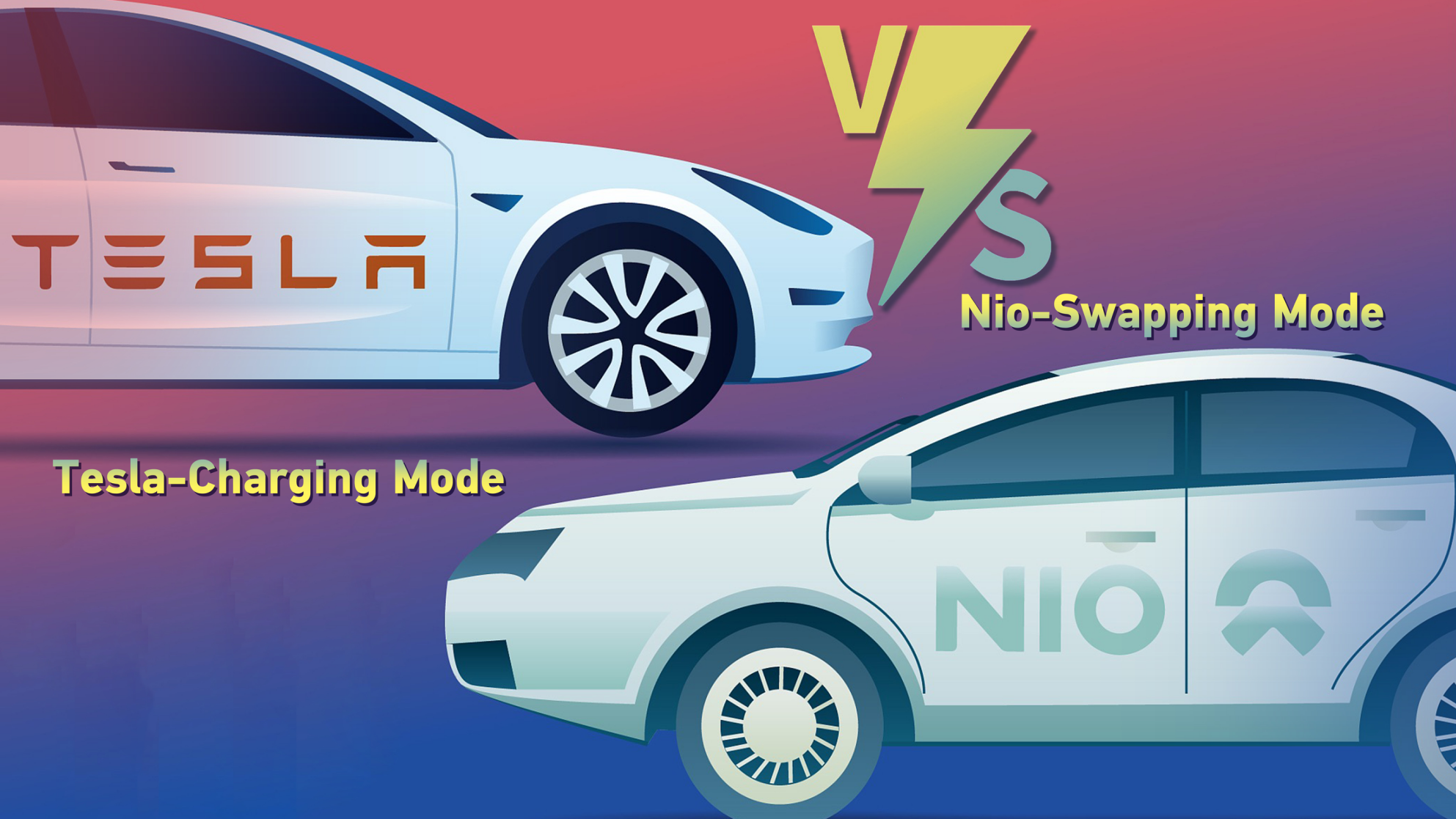 Tesla and its Chinese rival Nio are back in the spotlight for holding different opinions on how should home electronic vehicle (EV) users charge the battery.

Tesla Shanghai expanded their business scope to cover "EV battery swapping facility sales" in March, triggering buzz of "the U.S. automaker may reach out for battery swapping mode (BSM)" as Nio has long been enthusiastic for BSM.

Denying the hearsay, Tesla's global vice president Lin Tao expressed on her Weibo (a Chinese Twitter-like platform) that battery charging mode is the future trend, while BSM doesn't conform with development of EV market and will be eventually kicked out of the game.

Nio's Ma Lin, the company's senior director of communication, who has been promoting BSM, responded promptly as "battery charging and swapping modes are not in conflict. Nio batteries can be recharged, replaced or upgraded, and our users can make choice to their convenience." In this sense, Ma argues that only Nio's car owners can make their judgment upon the issue.

So, the argument between Tesla and Nio this time is actually about whether the charging mode is better than the swapping mode, and whether BSM is feasible or valuable for home EV.

Why does the battery matter?

To answer the question, let's first start with the electric vehicle itself. Despite policy support, environmental-friendly emission as well as enthusiasm of automakers and internet giants, the mileage of EV remains the biggest concern for consumers.

In fact, gasoline cars usually can only have a range of 700 or 800 kilometers with a tank of fuel, but why do people dare drive them around? The key issue is energy replenishment. When a gasoline car is about to be out of the fuel, there are gasoline stations all over the street and it will only take 3 minutes to fill up the tank, while at least half an hour is needed for an EV to get its battery fully recharged, which makes driving a fuel-powered car much more convenient and efficient.

Upon energy replenishment, EV companies provide two major solutions. One is to build charging stations frantically with high-power piles, as Tesla is constructing more of such stations to ease mileage anxiety. The other choice is to adopt BSM, to swap the battery instead – removing the entire battery from an EV and replacing it with another fully charged one – which takes much shorter time.

Why does BSM exist?

To fulfill market needs, in April 2020, China issued a new energy subsidy policy for EV. For battery charging mode EVs, only those priced 300,000 yuan ($45,827) and below can enjoy the subsidy, while BSM EVs can all enjoy the subsidy regardless of price. And this has been interpreted as the government's promotion of BSM.

For quite a long time, BSM has mainly been thought to be for taxis and buses, because these public transport vehicles are designed with uniform standards while home cars are constructed with various battery models and specifications. That is to say, EV owners have to get their battery swapped at same-brand stations, as BAIC owners can only go to BAIC stations while Nio stations will be the only choice for Nio users.

In 2013, Elon Musk showed off Tesla's battery swapping technology, which can remove and replace the empty battery pack of a Model S with a fully charged one in just 90 seconds. However, due to its high cost – around $60 to $80 for each battery swap – the service was later suspended.

On the Nio's side, it launched battery as a service (BaaS) under Nio-Power, offering charging and swapping of batteries for EV owners. BaaS users can buy a Nio car without the battery and enjoy more than 70,000 yuan ($10,000 ) off on all Nio models. In this sense, Nio owners can subscribe to a 70 kilowatt-hours battery for 980 yuan ($142) per month.

The Nio BaaS is a great tool to get user feedback on battery performance and user preferences.

Which mode is smarter?

Li Bin is a Nio ES6 owner in Beijing, after using the company's power swapping service, said "it's fast enough, basically just within 10 minutes. The service is good so far in terms of speed and convenience."

Li also expressed that one has to arrange for battery swapping in advance, because batteries won't be available in power stations all the time. "I always make reservations before arriving. Well, I don't care about the competition between Tesla and Nio, but I do think swapping mode is another convenient choice for us," added Li.

Meanwhile, a Tesla Model I owner in Shanghai named Sui Qi prefers the charging mode as he thinks it's very convenient and not that time-consuming. "As I order a cup of coffee and enjoy a 30-minute leisure time, my car is fully recharged, not to mention I have a private charging pile at home. It's low-cost and safe. As long as I'm just driving within Shanghai, not for a long journey, it is perfect."

EV market analyst Wang Ming pointed out that the biggest advantage of swapping mode is reducing car price and stimulating sales. "Well, for the users, there is not much money-saving in terms of total cost, for power swapping is still quite expensive." In Wang's opinion, after solving problems of battery endurance, swapping convenience, BSM will more likely to provide high-end services such as one-click swapping. Nonetheless, as long as BSM can't be applicable for larger commercial scale, it will only serve as a transitional solution.

Tesla's CEO Elon Musk described China as the next largest EV market for Tesla, during an exclusive interview with China Media Group (CMG), indicating the U.S. automaker has high hope in the Chinese market. In this sense, we should be witnessing Tesla and Nio jointly boosting China's EV market as "the two modes are not binary opposites, but integrated, symbiosis and parallel development," said Wu Fan, doctoral supervisor at the Chinese Academy of Sciences Institute of Physics.

After all, from the perspective of consumers, charging or swapping, it's always better to have more choices. Readiness is all and one should be prepared for the unexpected during a journey on wheels.