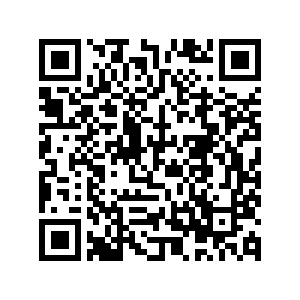 A poor neighborhood in Africa. /Getty

A poor neighborhood in Africa. /Getty

Editor's note: Tim Hanstad is CEO of the Chandler Foundation, co-founder of Landesa and recipient of Skoll Social Entrepreneur Award. The article reflects the author's opinions and not necessarily the views of CGTN.

Last month, a former Zimbabwean cabinet minister was arrested for illegally selling parcels of state land. A few days earlier, a Malaysian court convicted the ex-chairman of a state-owned land development agency of corruption. And in January, the Estonian government collapsed amid allegations of corrupt property dealings. These recent events all turned the spotlight on the growing but neglected threat of land-related corruption.

Such corruption can flourish in countries that are unprepared to manage the heightened demand for land that accompanies economic and population growth. Land governance in these countries – institutions, policies, rules and records for managing land rights and use – is underdeveloped, which undermines the security of citizens' land rights and enables covert land grabs by the well connected.

In Ghana, for example, the government keeps land records for only about 2 percent of currently operating farms; the ownership of the remainder is largely undocumented. In India, these records were, until recently, often kept in disorganized stacks in government offices.

Under such circumstances, corruption becomes relatively easy and lucrative. After all, when record-keeping is nonexistent or chaotic, who can confidently identify the rightful owner of a parcel of land? As the United Nations Food and Agriculture Organization and Transparency International put it in a report a decade ago, "where land governance is deficient, high levels of corruption often flourish." This corruption "is pervasive and without effective means of control."

Globally, one in five people report having paid a bribe to access land services. In Africa, two out of three people believe the rich are likely to pay bribes or use their connections to grab land. Uncertainty about land rights can also affect housing security – around a billion people worldwide say they expect to be forced from their homes over the next five years.

Inevitably, the marginalized and vulnerable are the worst affected, whether they are widows driven from their homes by speculators or entire communities subjected to forced eviction by developers. Weak land rights and corruption also fuel conflict within communities, such as in Kenya, where political parties promise already-occupied land to supporters in an attempt to win votes.

But there is reason for hope. The ongoing revolution in information and communications technology provides unprecedented opportunities to digitize and open land records. Doing so would clarify the land rights of hundreds of millions of people globally and limit the scope for corrupt practices.

Robust land rights upheld by strong institutions not only strengthen housing security but also boost countries' economic prospects, because people gain confidence to invest in land and businesses, and companies and individuals can use land as collateral to gain access to credit. Moreover, secure rights enable governments to increase revenue by collecting property taxes. And when land records are easily accessible for inspection, governments can be held accountable, ownership and use rights can be more easily protected, and land markets become fairer and more dynamic. 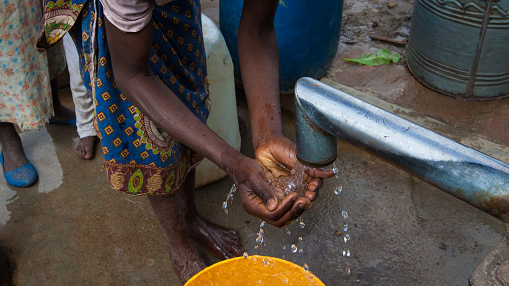 A young girl washes her hands at a borehole. /Getty

A young girl washes her hands at a borehole. /Getty

Given the benefits of open, accessible digital land records, it should come as no surprise that many countries, including India, Bangladesh, Sri Lanka, and Mauritius, are currently digitizing their land records or have recently completed this process. Other governments seeking to reduce corruption and make development more inclusive can follow four recommendations – drawn from a new report by the German development agency GIZ and a related Land Portal webinar – for documenting, digitizing and opening their own records.

For starters, existing property records should be verified and upgraded before digitization. Digitizing the inaccurate or incomplete paper records that exist in many settings will only perpetuate the problem.

Policymakers should also ensure the active participation of women and disadvantaged groups. While a system that works for the vulnerable will also work for the well connected, the inverse is often untrue. These disadvantaged groups must play an active role not only in collecting the data (to build trust and ownership), but also in the creation and evolution of the land-records system itself.

Furthermore, to increase transparency and fight corruption, land data should be open by default. Any exceptions must be clearly justified as being necessary to protect the vulnerable. And while such an approach could be risky, these risks can be managed, for example by making vulnerable owners' names available only to government officials above a certain rank.

Finally, systems should be fit for purpose and context. Current technological possibilities alone should not dictate the design of open land-data systems. Instead, governments should establish their goals and priorities, and create an open land-data system to fulfill their needs. It is also important to recognize that context matters – what works in one setting may not work in another.

To be sure, open land-data systems are no magic bullet. They guarantee neither transparency nor accountability. But forward-thinking governments should embrace these systems as crucial tools in the process of stamping out corruption and safeguarding the land rights of all members of society.