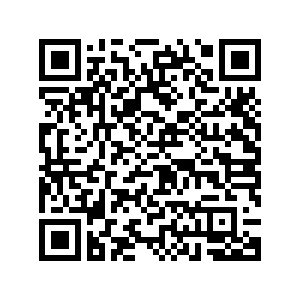 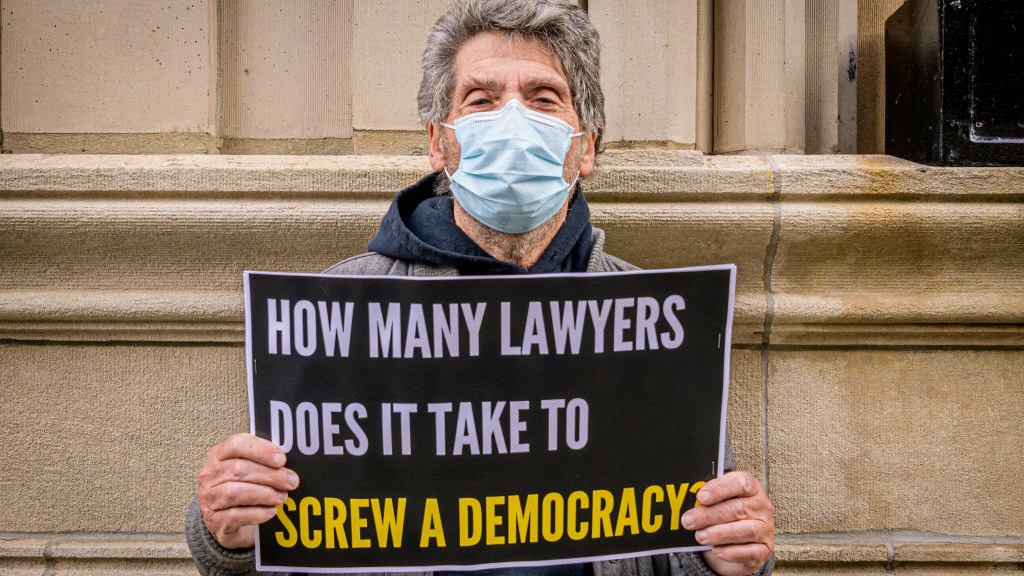 America is two cultures in one nation. The first culture brought slavery, the genocide of Native Americans, "Jim Crow" laws enforcing white supremacy, and former President Donald Trump's bullying, lying, and cruelty, which culminated in the January 6 insurrection at the Capitol. The second culture brought emancipation, the civil rights movement, President Barack Obama, and now the election of Joe Biden. The white supremacist culture – embraced by a shrinking minority in America – has always based its power on violence and voter suppression. This is why the current battle over voting rights is a battle for America's future.

The battle of the two cultures is now playing out across the country and in Washington, DC. Biden's victory has stirred white supremacists to double-down on voter suppression. The Republican Party knows that it cannot hold national power in a fair vote. Thus, Republican-controlled state legislatures are enacting new restrictions on voter participation that target non-whites. In Washington, on the other hand, the inclusive culture is advancing in Congress the most significant voting rights reforms since the 1960s, intended to ensure access to polls for all Americans.

Voter suppression is a long-standing instrument of white supremacy in America. The story has been told most vividly by W.E.B. Du Bois in Black Reconstruction in America, published in 1935. Du Bois describes in harrowing and comprehensive terms how African-Americans fought heroically for their freedom in the U.S. Civil War (1861-65) and – through education and hard work – for full emancipation as citizens in the Reconstruction years (1865-77). Yet that emancipation was cruelly cut short by Southern whites' violence and terrorism, together with the indifference or racism of many Northern whites. At the core of the South's Jim Crow regime after Reconstruction was the suppression of African-American voting, in flagrant violation of the Constitution.

The civil rights movement of the 1960s gave rise to what is known as the Second Reconstruction, as it aimed once again to reconstruct American democracy by ending Jim Crow. But heroic advances, including the 1964 Civil Rights Act and the 1965 Voting Rights Act, provoked another racist backlash. When Northern Democrats in Congress bucked the opposition of Southern segregationist Democrats to pass the legislation, the Democratic Party split in two, and the Republican Party, led by Richard Nixon, adopted the infamous "Southern Strategy" to win over white racists in the 1968 election.

White Southerners switched from the Democratic to the Republican Party in droves, while the racism itself remained. The Southern Strategy was followed by new tactics for mass voter suppression, this time relying heavily on the mass incarceration of people of color for minor infractions, or often for no real infractions at all, thereby taking away their vote – often for life. 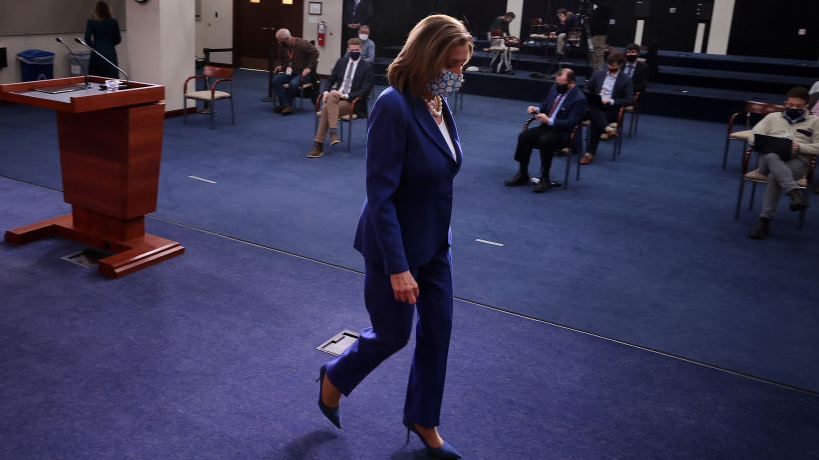 U.S. House Speaker Nancy Pelosi, a Democrat from California, wears a protective mask while exiting from a news conference at the U.S. Capitol in Washington, D.C., U.S., March 19, 2021. /Getty

U.S. House Speaker Nancy Pelosi, a Democrat from California, wears a protective mask while exiting from a news conference at the U.S. Capitol in Washington, D.C., U.S., March 19, 2021. /Getty

But the white supremacists' hold on American power is in long-term decline. The 2008 election and 2012 re-election of Obama, and the 2020 election of Vice President Kamala Harris – the first woman and person of color to hold the post – prove the point. In response, Trump brazenly attempted to keep power by subverting the outcome, first by trying to convince state Republican officials to falsify their election tallies, and then by trying to prevent Congress from certifying the results.

As the Brennan Center for Justice at New York University Law School is carefully documenting, Trump's defeat has led to a wave of voter suppression bills – more than 250 in 43 states – advanced by Republican legislators. The Brennan Center sums it up this way: "These proposed bills will make it harder to vote, target voters of color, and take aim at the very election changes – such as mail voting – that made the 2020 election," conducted during a pandemic, "not only successful but possible."

Biden has rightly called the new law by Georgia's Republican-controlled legislature to restrict voting in the state a clear case of "Jim Crow in the twenty-first century." Thus, exactly 160 years after southern slave states seceded to preserve and extend slavery and white supremacy, the United States now finds itself in its Third Reconstruction. The first was needed to end slavery; the second to end American apartheid; and the third to end voter suppression and mass incarceration. (One of the leaders of the Third Reconstruction, Reverend William J. Barber II, has written an eponymous book that vividly describes the challenges.)

American racism dies hard, but it is dying. The U.S. House of Representatives has just passed and sent to the Senate the most significant voting rights and political reform legislation since the Voting Rights Act. This legislation, S.1 in the Senate, would create national standards to facilitate voter registration and voting, including early voting and mail voting; enforce federal laws against voter discrimination; and restore voting rights in federal elections to convicted felons who are out of prison. The legislation would also take several important steps to reform campaign financing.

The Senate will soon take up S.1 and the Republican senators representing white supremacy will try to kill it through the filibuster, which requires a bill to win 60 votes rather than a simple majority of 51. This is the same tactic the segregationists used to thwart civil-rights bills until the 1960s, and tried unsuccessfully to use in the 1960s. Their attempt will likely fail again. The Democrats, in the quest to bury white supremacy once and for all, will not sit by idly while racists try again to suppress the votes of people of color. The Senate will most likely change the rules to prevent the filibuster of this crucial legislation in order to ensure that fair voting for all Americans is finally secured – more than 230 years after the adoption of the U.S. Constitution.