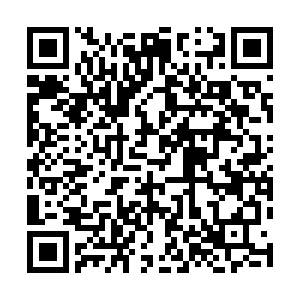 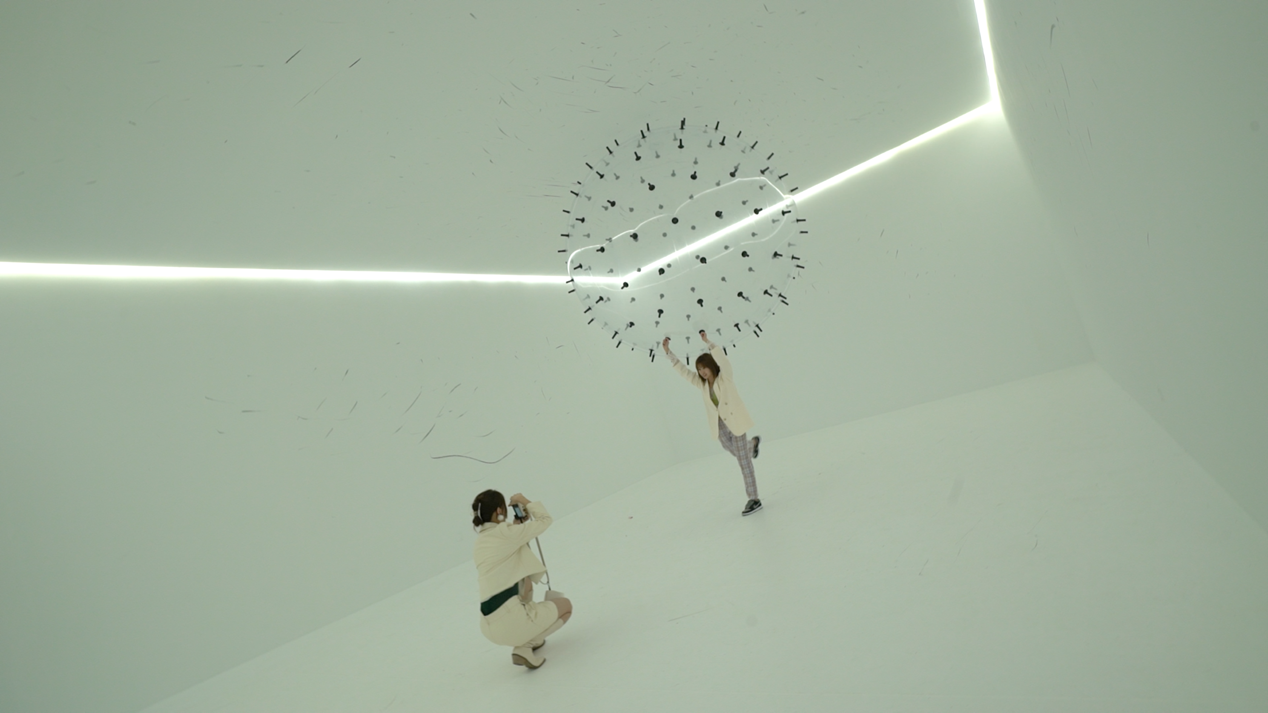 Art can act as a space-time intermediary that connects the past, the present, and the future. At the ongoing exhibition in the Beijing Times Art Museum, gallery visitors are "Space-Time Travelers" shuttling between different exhibition scenes. 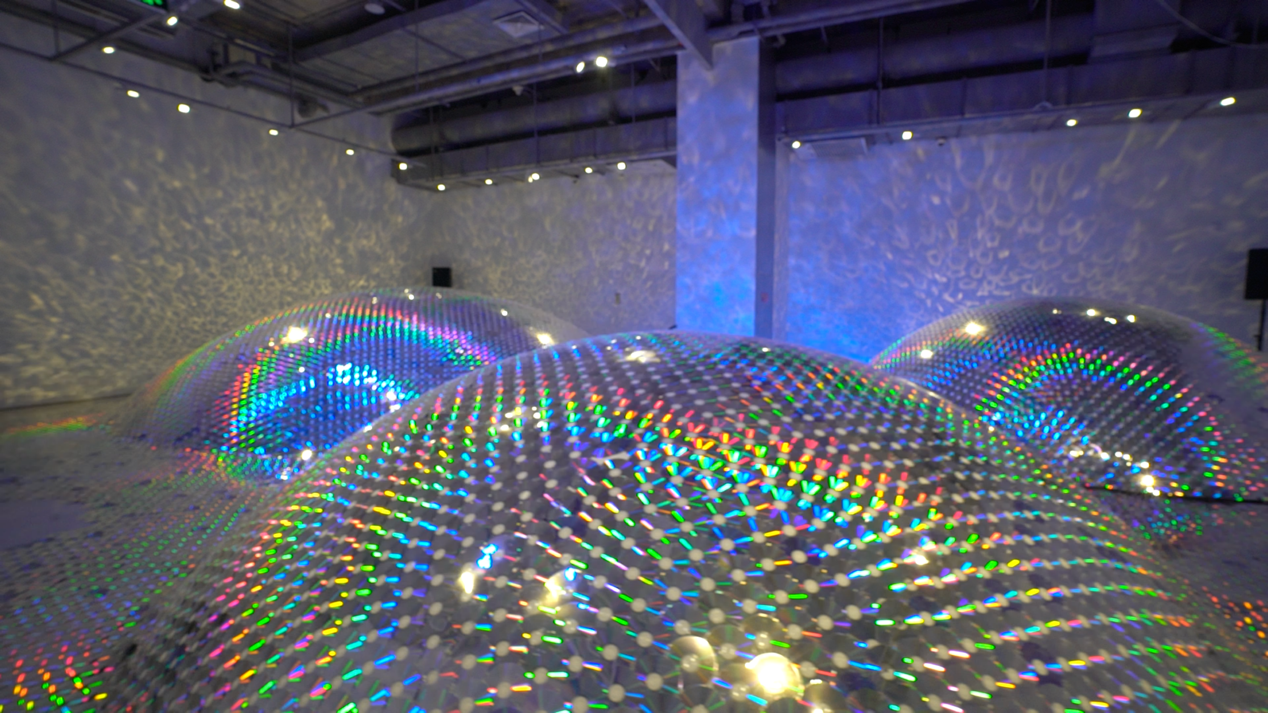 This colorful mountain scenery created by French artist Elise Morin revives decades past, when compact discs were the rage. But she's exploring more than that.

"The production process was very complicated, with tens of thousands of discs woven together to form the shape of mountains," says Wei Yuqi, one of the exhibition curators.

"The CD is no longer in use today, and the artist hopes to explore the topic of environmental protection through this work, and how to deal with the problem of material waste in an era of excessive consumption."

Wei Yuqi is also presenting art pieces of her own. Wax is her inspiration. It turns a table leg into a vase, and forms the flowers in it. Two stools stuck together by wax create a special kind of garden rock, called the Taihu Stone. 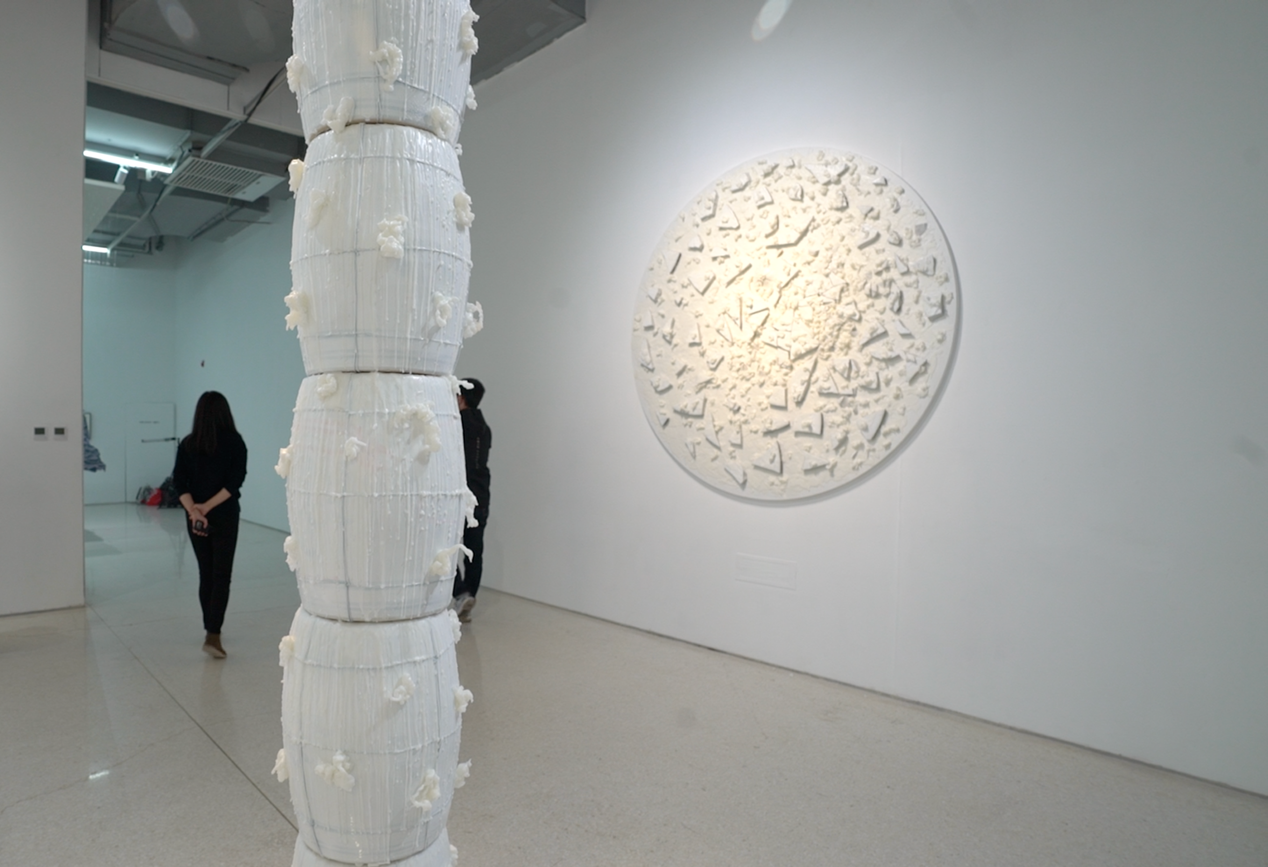 "Study of the shape of time – courtyard" by Wei Yuqi from China. /CGTN

"Study of the shape of time – courtyard" by Wei Yuqi from China. /CGTN

"This is the top of a porcelain round table. I broke it into pieces and glued them with wax. These little white wax pieces were formed when melted wax was dropped into water to solidify into various shapes. So this is a piece about destroying and reshaping, as well as the aesthetics of fragmentation," said Wei.

The idea of reusing ordinary utensils in an artistic manner is echoed by many. The end result is unexpected. Sea waves are simulated by a piece of cloth, dragged by fishing lines. 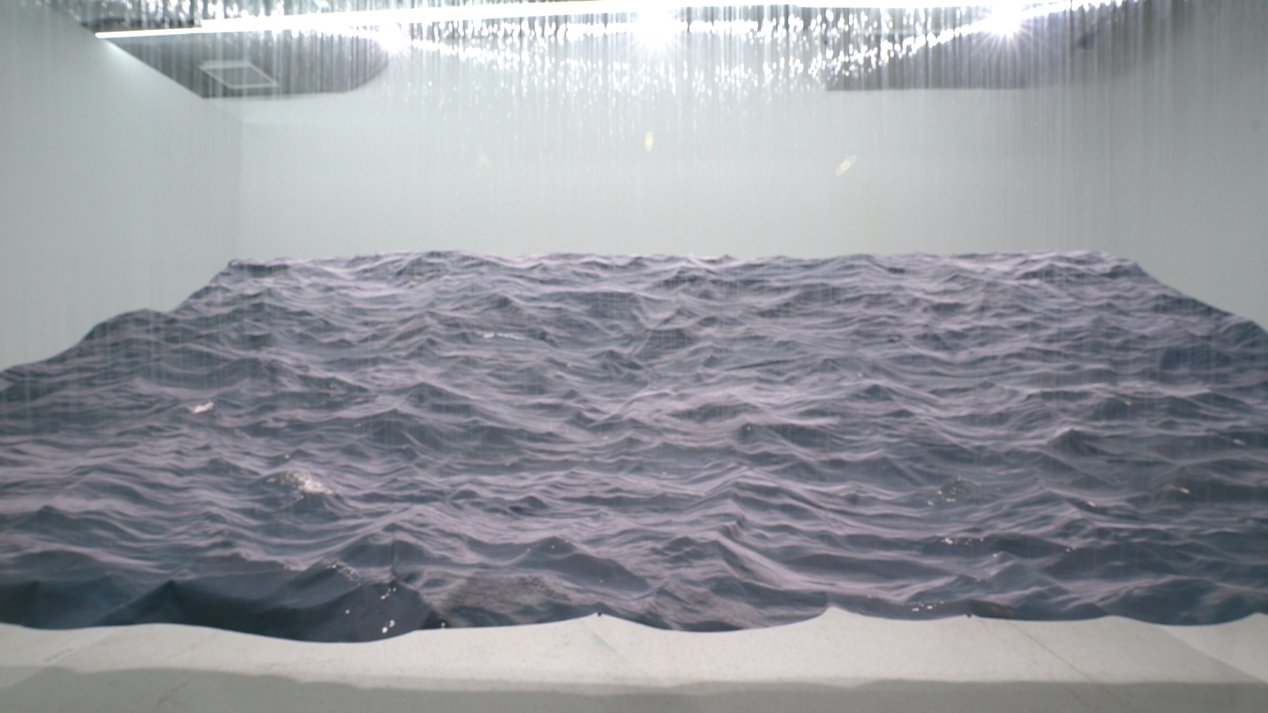 The exhibition runs through June 14 at the Beijing Times Art Museum.