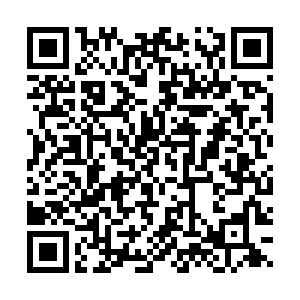 China has criticized a new report released by the U.S. State Department on human rights in Xinjiang.

Chinese Foreign Ministry spokesperson Hua Chunying said on Wednesday that accusations of so-called genocide in the region were a blatant lie and in violation of international law.

She noted the UN General Assembly in December 1948 adopted the Convention on the Prevention and Punishment of the Crime of Genocide, which clearly defines the crime of genocide.

According to the Convention, genocide means any atrocity committed with intent to destroy, in whole or in part, a national, ethnic, racial or religious group.

In the objectivity, it must be proven that the perpetrator committed the relevant acts specified in the Convention, which is the most basic requirement for finding the crime of genocide, Hua said.

She added from the subjective side, a specific intent to destroy the particular group, in whole or in part, must be required, which is a key element in the finding of genocide.

The spokesperson stressed the determination of genocide needs to go through authoritative and strict legal procedures and to stand the test of facts and history.

"No state, organization or individual has the qualification and right to arbitrarily determine that another state has committed genocide," Hua said, adding that in international relations, no country should use this crime as a political label for malicious manipulation.

She pointed out the so-called "genocide" is a smear campaign on China's ethnic policy and on the development achievements of Xinjiang.

Noting China is a unified multi-ethnic country, Hua said the legitimate rights and interests of all ethnic minorities are fully protected, and the equality, unity, mutual assistance and harmonious relations among all ethnic groups are effectively maintained.

The spokesperson accused the U.S. of trying to create the so-called Xinjiang problem to hinder China's development, saying it is unlikely to succeed.

She added Lawrence Wilkerson, chief of staff to former U.S. Secretary of State Colin Powell, has once admitted that the Xinjiang Uygur issue is nothing more than a strategic conspiracy by the U.S. to contain China through causing unrest from the inside. "This tactic is the same as what the U.S. and several of its allies did to Iraq and Syria back then."

Hua noted that this year when the UNHRC reviewed the Country Reports on Human Rights Practices released by the U.S., more than 110 countries criticized the U.S. for its human rights issues.

"The U.S. is in no position to lecture China on human rights, and it's time to end the show they have made up and directed," the spokesperson said and urged American politicians to wake up from "the Truman Show."