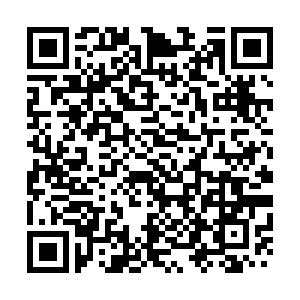 The spokesperson of the Office of the Commissioner of the Ministry of Foreign Affairs of China in the Hong Kong Special Administrative Region (HKSAR) expressed strong disapproval of and firm opposition to a U.S. report, saying the finger-pointing report makes a total mockery of human rights.

The report distorted the truth, demonized the Chinese central government's Hong Kong-related policy measures, including the National Security Law for the HKSAR, vilified the SAR government's law-based governance and the police's law enforcement efforts, and openly endorsed anti-China forces sowing trouble in Hong Kong, the spokesperson stressed in a statement.

"The report is a gross violation of international law and basic norms governing international relations and an outright interference in Hong Kong affairs, which are China's internal affairs."

The spokesperson said that since Hong Kong's return, the Central Government has stayed firmly committed to "One Country, Two Systems" under which Hong Kong people administer Hong Kong with a high degree of autonomy, and acted in strict accordance with the Constitution and the Basic Law.

As a result, Hong Kong people enjoy unprecedented rights and freedoms under the law, the spokesperson said, adding that the National Security Law for the HKSAR has ushered in a historical transition for Hong Kong from chaos to stability and the improvement of the electoral system of the HKSAR has provided institutional guarantees for the enduring success of "One Country, Two Systems", as well as Hong Kong's long-term prosperity and stability by optimizing and developing the democratic system of the HKSAR.

"Hong Kong today sees no more black violence and 'burn with us' activities. Instead, stability has become the prevailing trend, and the community is united in the efforts to combat COVID-19, rekindle the economy and improve livelihoods. Hong Kong and its people as a whole are sailing towards a better future."

Noting that the U.S. lags behind Hong Kong in global rankings both for freedoms and the rule of law, the spokesperson pointed out that the United States' own human rights situation is bleak, with recurring racial discrimination and police violence and record-high gun trade and shooting incidents.

"Nevertheless, the U.S. has turned a blind eye to the problems at home and continued to proclaim itself as a 'champion of human rights.'"

The spokesperson said the U.S. side accuses the Central Government of China of eroding "One Country, Two Systems" and Hong Kong people's rights and freedoms, smears the SAR government's law-based governance and the police's highly restrained law enforcement actions, and glorifies the violent crimes committed by anti-China troublemakers in the city, only to expose its ulterior motive to wish for more trouble in Hong Kong.

"It is in line with the historical trend that the central authorities of China set things right in Hong Kong under the Constitution and the Basic Law, and it is the common aspiration of people that they may lead a peaceful and happy life in a prosperous and stable Hong Kong," the spokesperson stressed.

"Any raucous interference by the U.S. or other external forces is meaningless and miscalculated and will only be hit back by the Chinese people, including our Hong Kong compatriots," the spokesperson added.

The spokesperson reiterated that Hong Kong is part of China and that its affairs are China's internal affairs.

"We urge the U.S. to face the facts and grasp the historical trend, manage its own house well, earnestly abide by international law and basic norms governing international relations, and stop meddling with Hong Kong affairs and China's internal affairs at large in whatever form."