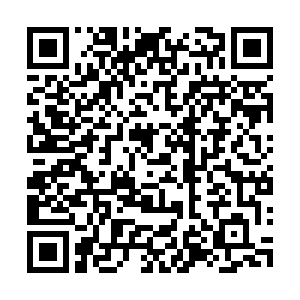 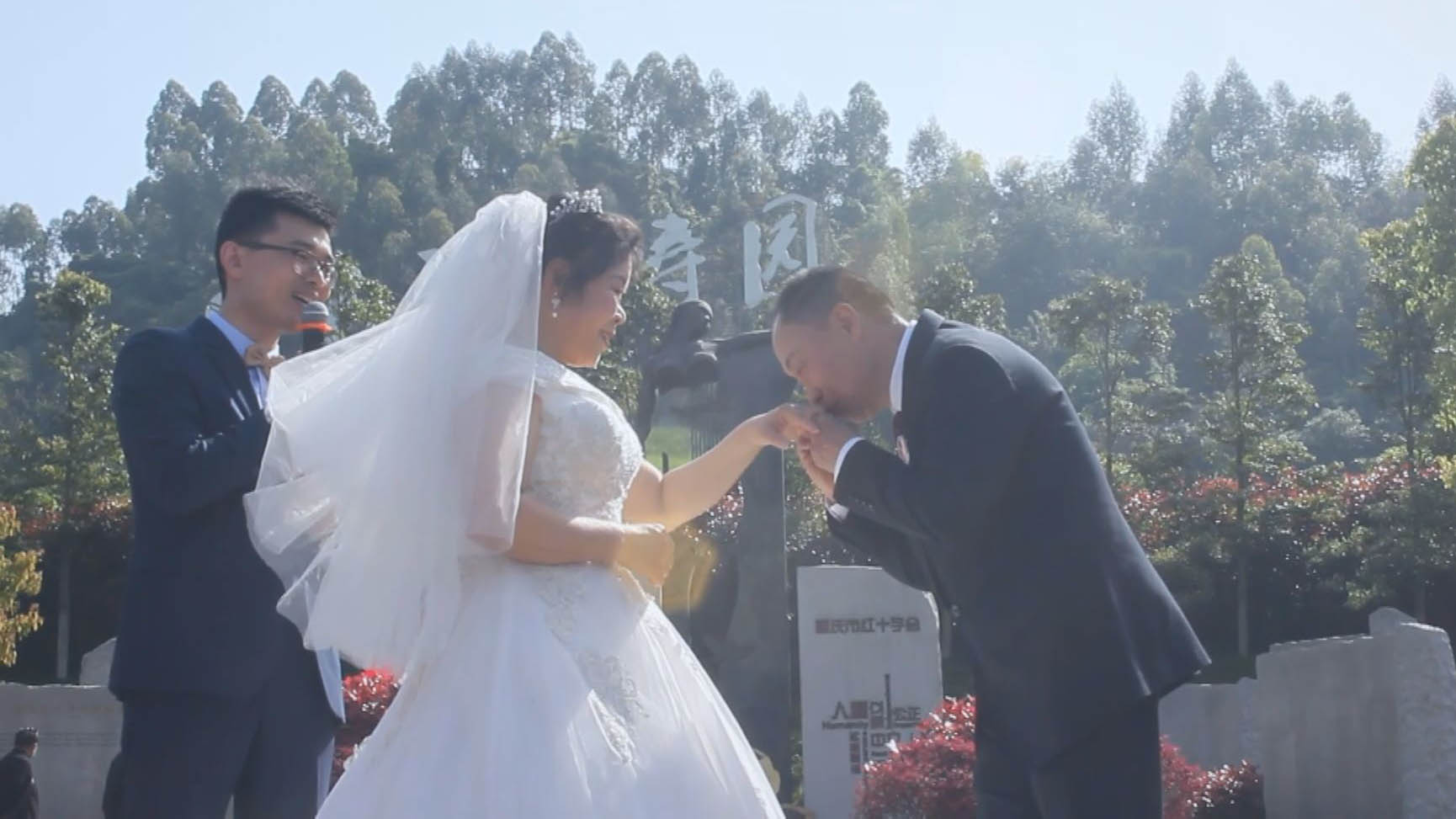 An elderly couple from southwest China's Chongqing held their wedding in a cemetery over the weekend, a special way of honoring the city's voluntary organ donors.

On Sunday morning, 75-year-old Yi Zecheng and 65-year-old Chen Maoxiu, both organ donor volunteers, tied the knot at the city's designated memorial for organ donors before their relatives, fellow volunteers, and representatives from local authorities.

"I hope the 4,044 donors who rest here can witness this special moment. This place will also be where we belong in the future. I hope we can promote the organ donation awareness among more people via this ceremony," said Chen, the bride. 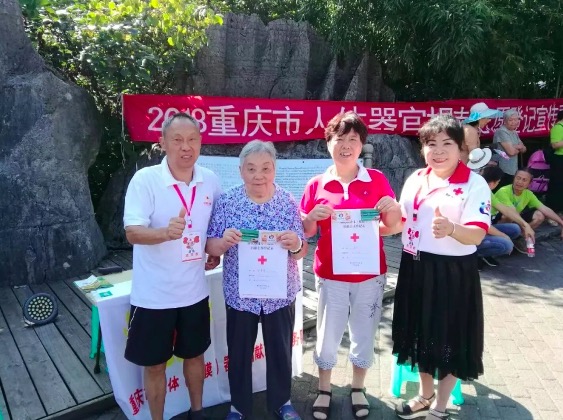 The couple met in March 2017 when Chen was preparing a farewell ceremony for a donor.

"I was too busy to talk to him during our first meeting and just made a brief greeting. He watched for a while and thought what I was doing was significant," Chen recalled. She registered as an organ donation volunteer in 2012.

They soon fell in love. Under the influence of Chen, Yi also became a volunteer for organ donation.

Over the years, the pair has devoted to various volunteer activities to promote organ donation awareness, help people get registered, and organize farewell ceremonies, among other services. 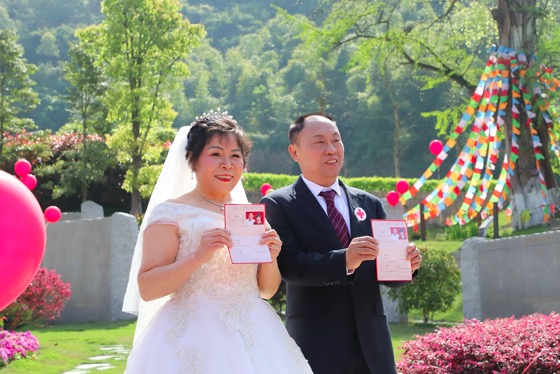 "The certificate for volunteers is red, so is the marriage certificate. They're equally important to us," Chen said during the wedding.

For most people, celebrating such a festive occasion in a cemetery is considered something ominous. But the couple said they felt grateful to be able to hold their wedding in this particular place.

"I hope what we have endeavored to do can motivate more people to join the undertaking," Yi said.

For quite a long time, organ donation is not widely accepted in China or even taken as a taboo for many. Public awareness towards the philanthropic act has greatly changed in recent years.

Official data shows that as of March 24, a total of 51,410 citizens of Chongqing have registered as organ donation volunteers, with a majority of them being under 30 years old. Guests to the wedding offer flowers to organ donors resting in the cemetery. /Chongqing Red Cross

Guests to the wedding offer flowers to organ donors resting in the cemetery. /Chongqing Red Cross

Li Qing is a member of the post-2000 generation whose mother is also a voluntary organ donor. At the couple's wedding, she and her father, her grandparents all registered as volunteers.

In 2018, 27-year-old Philip Hancock from Australia donated five of his organs in Chongqing after he died of diabetic disease, a philanthropic act fulfilled by his parents, making him the first foreign organ donor of the city.

According to China's Red Cross, by the end of 2020, more than 2.7 million people have registered as volunteers for organ donation in the country, and more than 94,000 organs have been donated to those in need.

(Media Convergence Center of the Dadukou District in Chongqing contributed to this story.)