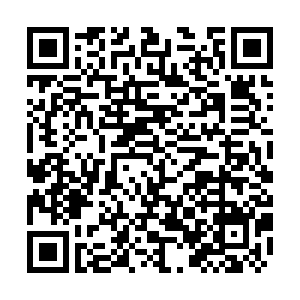 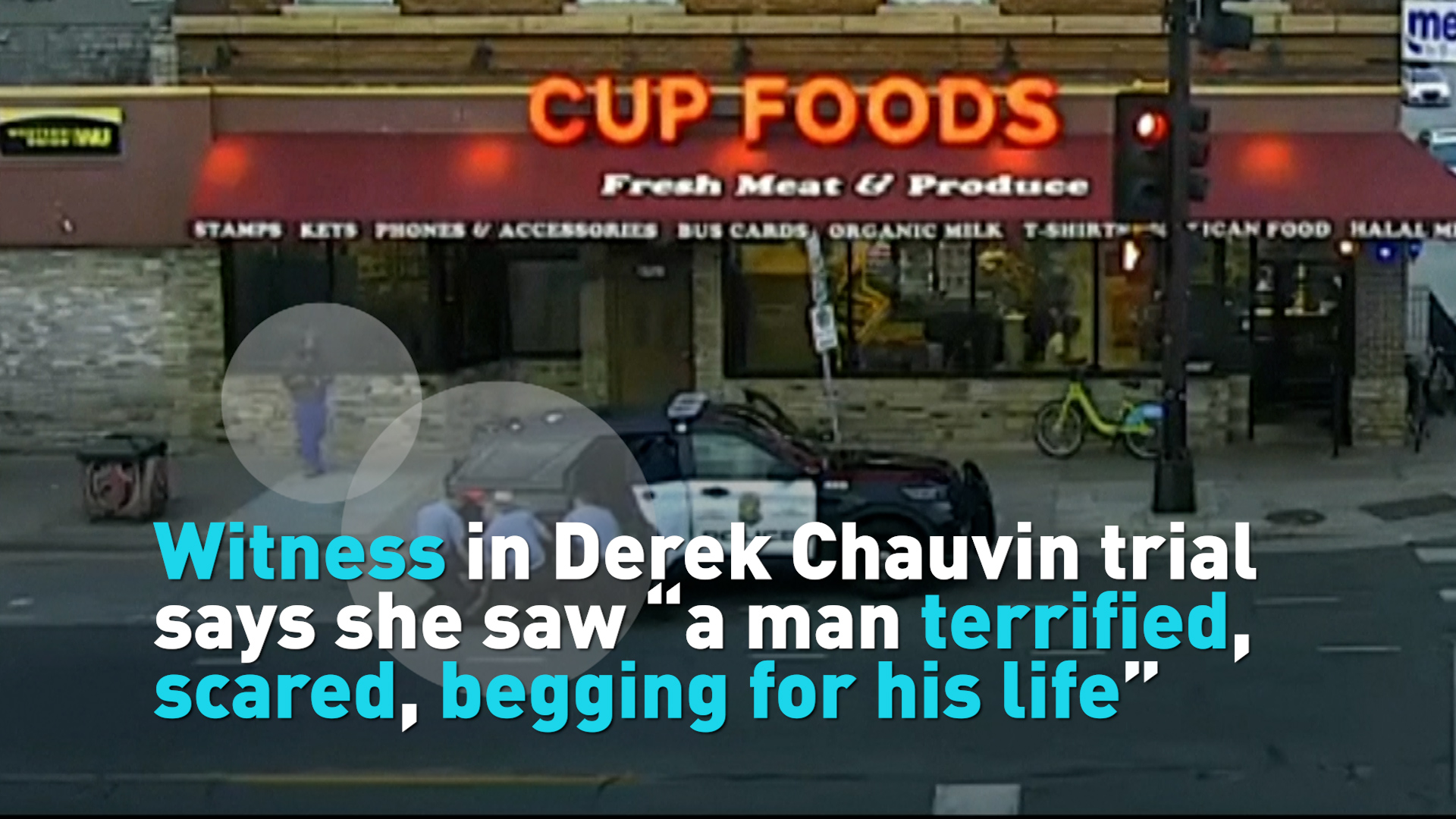 She had walked to Cup Foods hundreds of times before May 25, 2020. That day, Darnella Frazier made a cellphone video that convulsed a nation: a recording of a white policeman kneeling on the neck of George Floyd, a Black man dying in handcuffs on a Minneapolis street.

Ten months later, the 18-year-old once again found herself only a few feet from Derek Chauvin, whose face she made recognizable around the world. On Tuesday, Frazier testified at Chauvin's murder and manslaughter trial. He has said he is not guilty.

Frazier testified that the sight of Floyd on the ground compelled her to stay: "It wasn't right. He was suffering. He was in pain."

Chauvin, 45, and three other policemen arrested Floyd on suspicion he had used a fake $20 bill to buy cigarettes at Cup Foods. Frazier, who grew up in the neighborhood, arrived a few minutes later.

The nearly 10-minute video she made and posted to her Facebook page catalyzed the largest protest movement seen in decades in the United States, filling streets in cities across the country with demonstrations against racism and police brutality against Black people. Protests also ignited outside the United States. 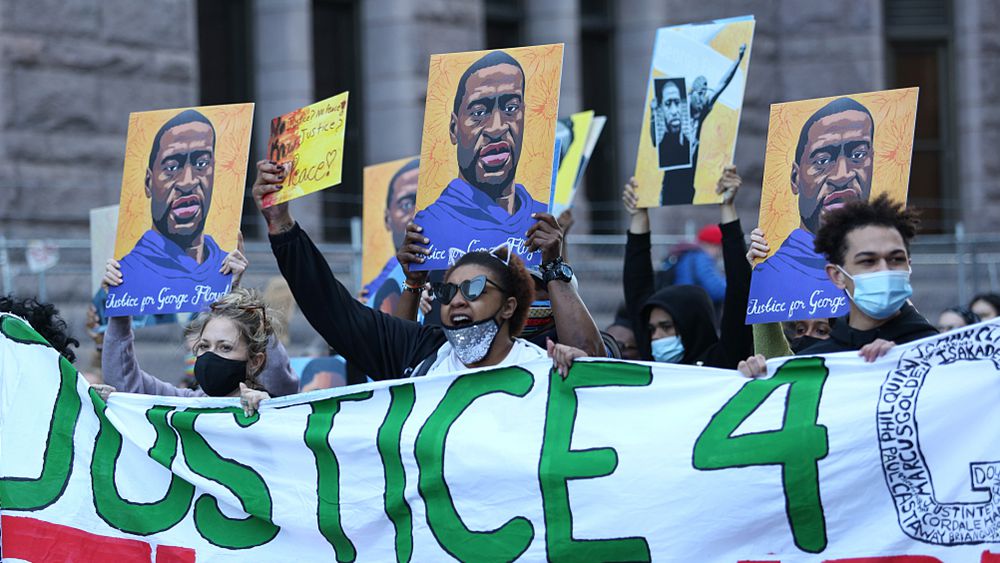 Demonstrators hold images of George Floyd during a protest outside the Hennepin County Government Center in Minneapolis, Minnesota, U.S.,March 29, 2021. /CFP

Demonstrators hold images of George Floyd during a protest outside the Hennepin County Government Center in Minneapolis, Minnesota, U.S.,March 29, 2021. /CFP

Frazier cried when prosecutors showed her a frame of her video, a moment when Chauvin, his knee on Floyd's neck, appears to look directly into her lens.

"He had this cold look, heartless," Frazier said, as Chauvin listened at a nearby table, taking notes in a yellow legal pad. "He didn't care what we were saying, it didn't change anything he was doing."

Chauvin's lawyers say he was following the training he had received in his 19-year career as policeman. The day after Floyd died, the Minneapolis Police Department fired Chauvin.

In court on Tuesday, Frazier told the jury she was walking to Cup Foods with her nine-year-old cousin to buy snacks when she saw "a man terrified, scared, begging for his life."

Chauvin's lawyers have said that Chauvin was distracted from "the care" of Floyd by the angry bystanders. Prosecutors asked Frazier whether she heard any bystanders threaten the police. She said no. 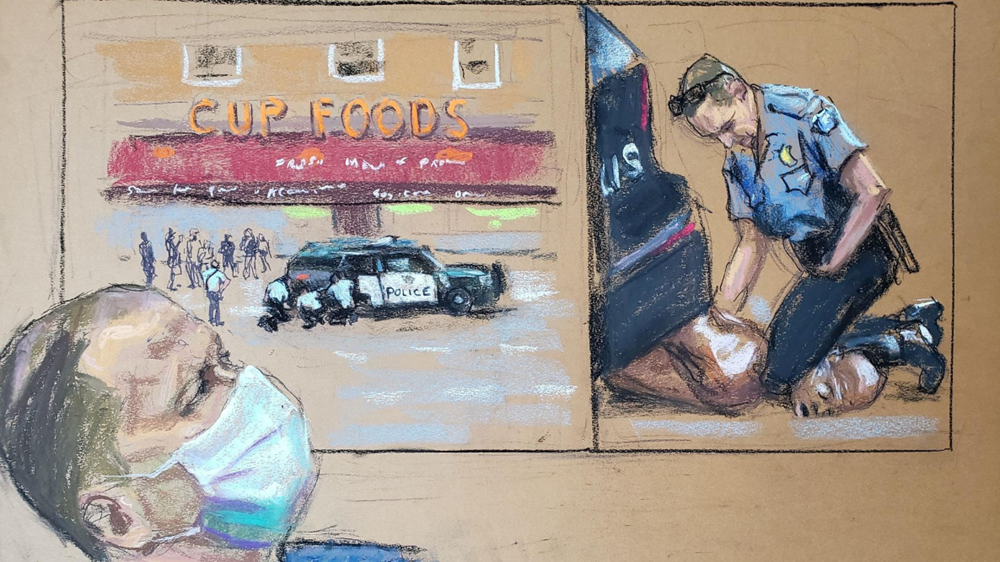 Frazier said the only person she saw being violent was Chauvin. She was asked by both sides how producing the famous record of Floyd's death had changed her life.

She answered through tears that she did not wipe away, saying she would sometimes stay up late at night thinking of Floyd and apologizing to him for "not saving his life."