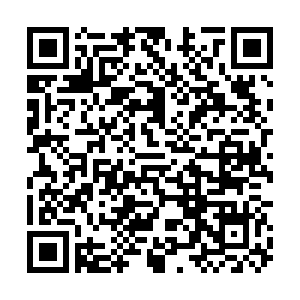 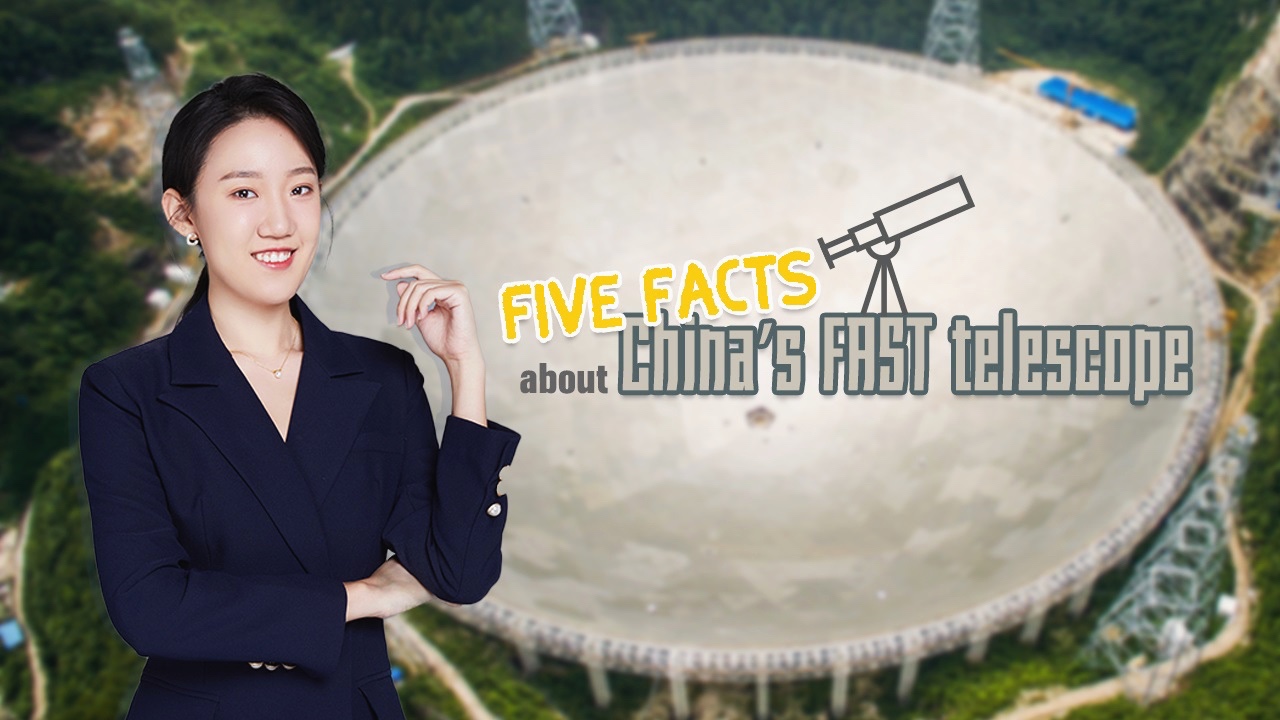 China has just officially opened its FAST radio telescope to international scientists on Wednesday. Scientists across the world can submit proposals for astronomical observations using the telescope.

For those of you who are not familiar with this telescope, here are five facts to give you a better understanding of FAST. 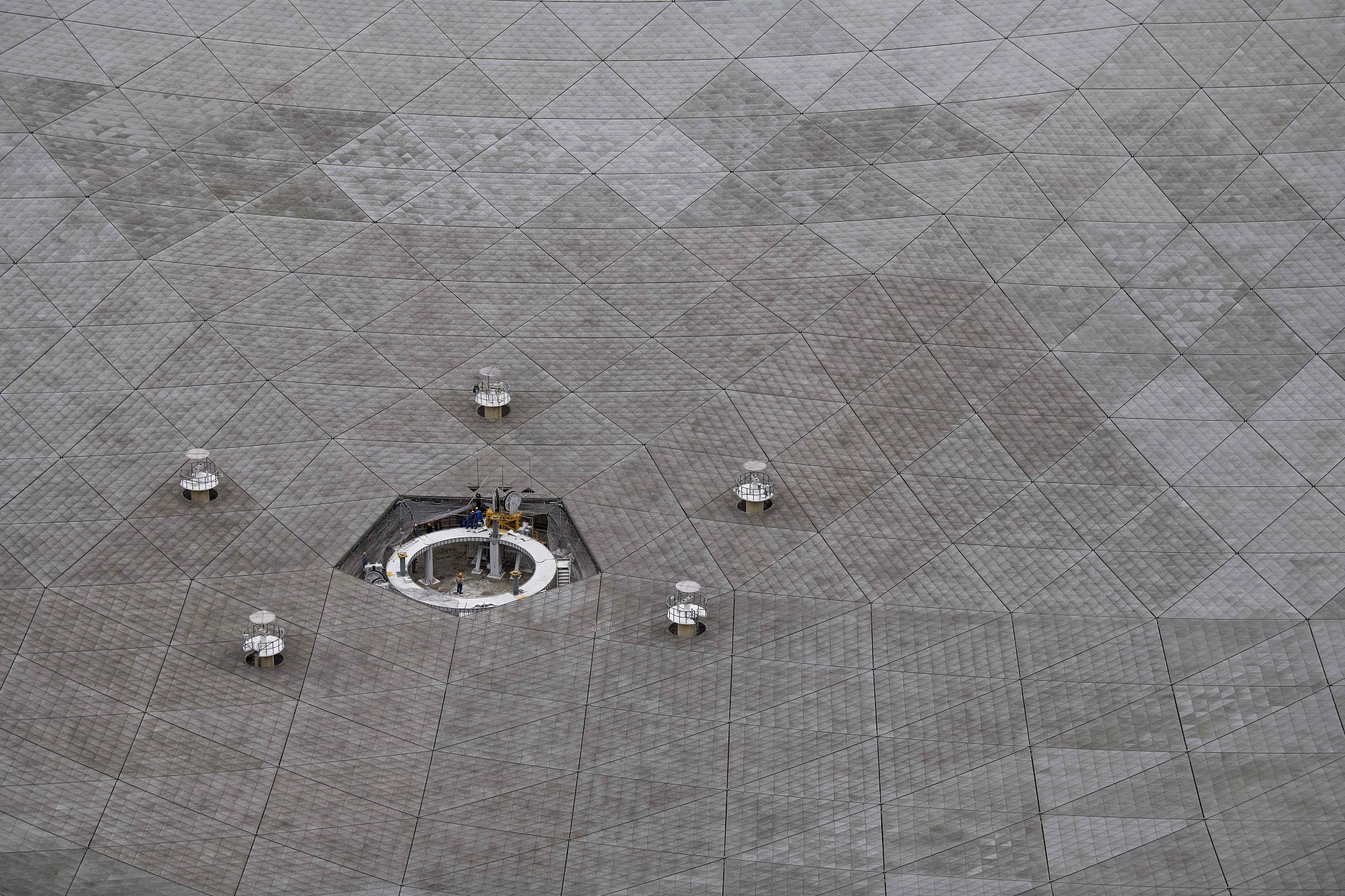 The receiving surface area of FAST is 250,000 square meters, about the size of 30 standard football fields. /CFP

The receiving surface area of FAST is 250,000 square meters, about the size of 30 standard football fields. /CFP

FAST is short for Five-hundred-meter Aperture Spherical Telescope. Its construction was completed in September 2016 and it officially began operating in January 2020.

Measuring 500 meters in diameter, FAST is the largest radio telescope in the world, surpassing the 305-meter telescope of the U.S. Arecibo Observatory. The receiving surface area of FAST is 250,000 square meters, about the size of 30 standard football fields.

FAST is also believed to be the world's most sensitive single-dish radio telescope, and is 10 times more sensitive than the 100-meter Radio Telescope Effelsberg in Germany.

What does FAST do?

The core scientific task of the telescope is the observation of pulsars – the rotating neutron stars that are highly magnetized and emit beams of electromagnetic radiation.

The study of pulsars can help to confirm the existence of gravitational radiation and black holes, and help solve many other major questions in physics.

Another major scientific goal of FAST is to search for extraterrestrial civilization. An instrument named FAST SetiBurst is designated for this task.

How far can FAST see?

What's special about the site selection? 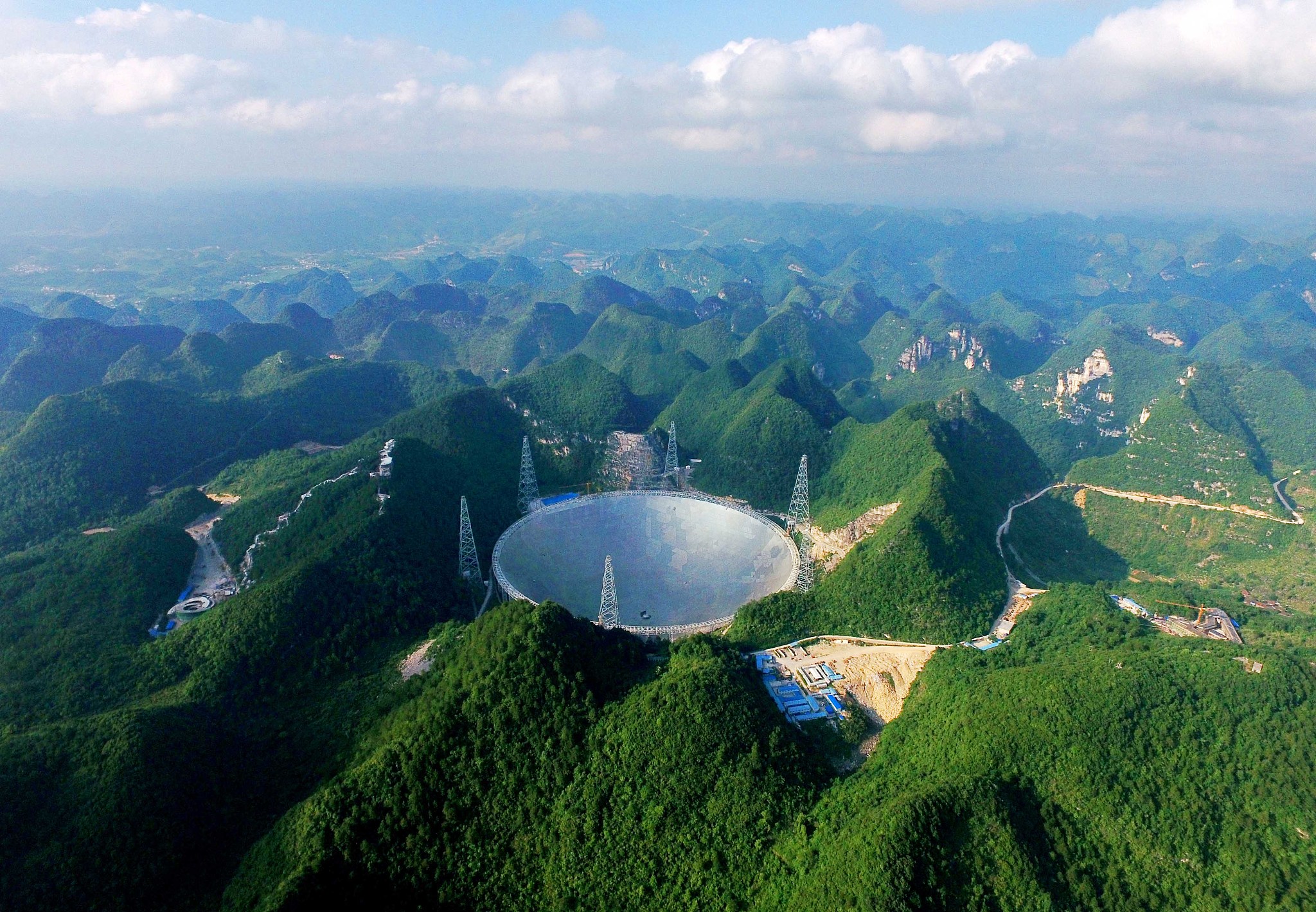 The telescope is located in a naturally deep and round karst depression in southwest China's Guizhou Province.

The first advantage of the selected site is the altitude. The average altitude of Guizhou is about 1,100 meters. Generally, the higher the altitude, the more it can reduce the loss of electromagnetic wave propagation, so as to maximize the effectiveness of the observation equipment.

Secondly, the radio telescope needs to have a "big pan" to receive better signal. The huge natural depression could reduce the amount of excavation and difficulty of construction.

Moreover, the selected site in Guizhou is far away from cities, and has a small population density, which reduces the interference caused by wireless devices such as TVs, mobile phones and radios from human activities.

What has FAST discovered so far?

As of March, FAST has identified over 300 pulsars. Experts predict that the number could reach 1,000 in five years and that the telescope could locate and identify the first pulsar outside the galaxy.

With the opening-up to international scientists, China's FAST is expected to make more contribution to astronomical research in the future.