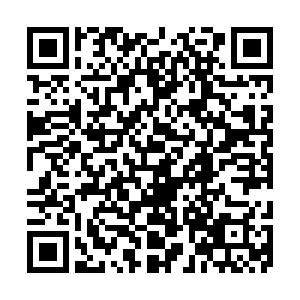 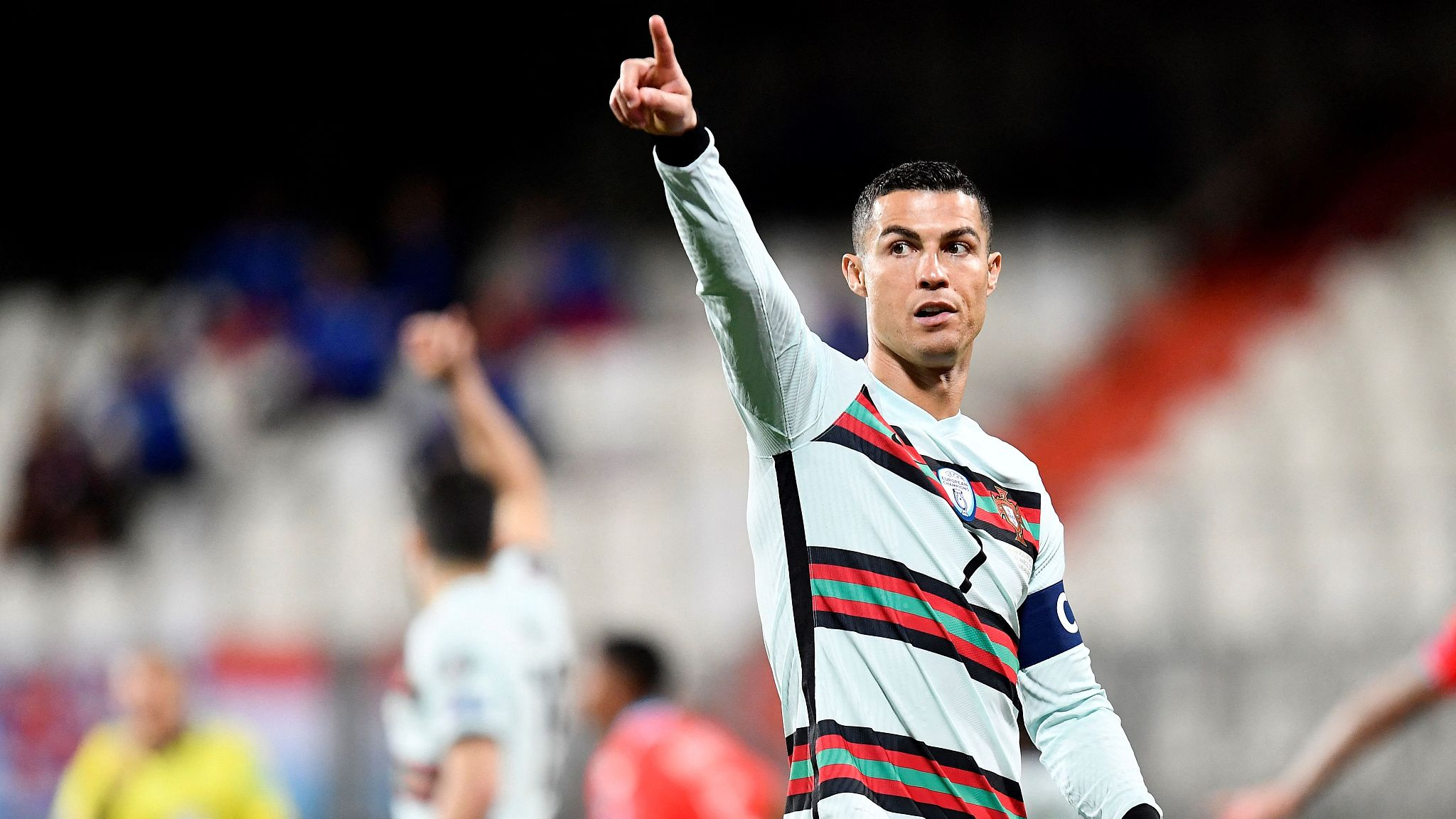 Portugal's Cristiano Ronaldo scored his first goal of the 2022 World Cup qualifying campaign but then missed a sitter as the visitors came from behind to beat Luxembourg 3-1 on Tuesday, while Belgium's second-string thumped Belarus 8-0 and the Dutch defeated Gibraltar 7-0 at the Victoria Stadium in Madrid.

Luxembourg went into the match full of confidence after winning 1-0 away to Ireland and took a shock lead against the European champions when Gerson Rodrigues glanced in a header on the half-hour for his second goal in two games.

Portugal twice came close to leveling before Diogo Jota headed the equalizer in added time at the end of the first half.

Ronaldo, who was denied a goal in the 2-2 draw against Serbia on Saturday despite the ball clearly crossing the line, put Portugal in charge early in the second half, firing into the far bottom corner after combining with Joao Cancelo.

Portugal's captain should have scored again when the ball landed at his feet following a terrible Luxembourg backpass but Portugal's all-time top scorer shot straight at Anthony Moris, who saved the striker's second attempt immediately after with his feet. 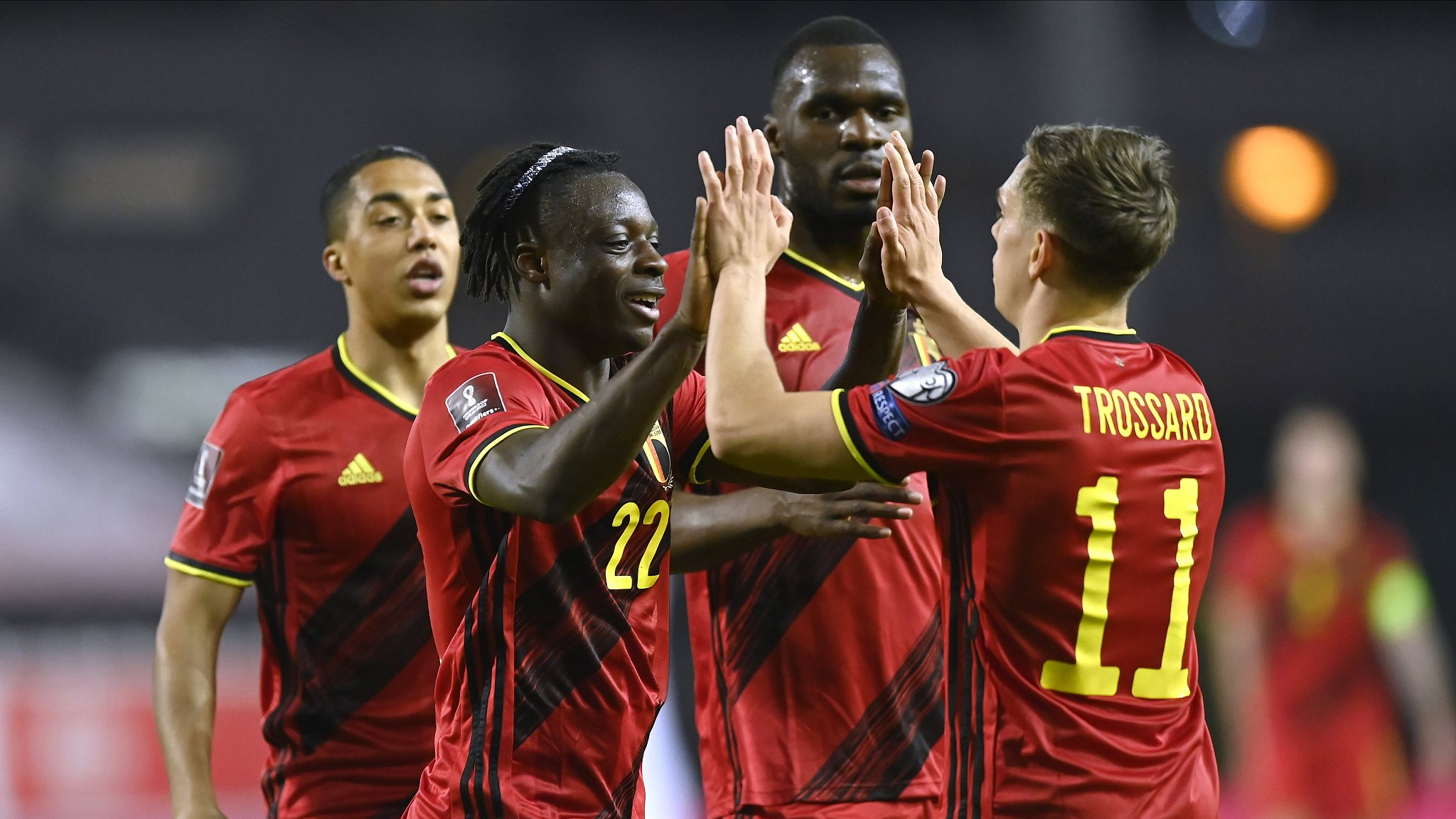 Substitute Joao Palhinha put Fernando Santos's side further ahead in the 80th minute by heading home a Pedro Neto corner, his first goal for his country.

The victory lifted Portugal to the top of Group A on seven points after three games, level with Serbia, while Luxembourg are third with three points.

Belgium's second-string used the opportunity of a rare start to impress coach Roberto Martinez as they thumped Belarus 8-0 in their World Cup qualifier on Tuesday.

With Martinez warning players were under scrutiny for places in the Euro 2020 squad, Michy Batshuayi, Hans Vanaken, Leandro Trossard, Jeremy Doku, Denis Praet and Christian Benteke all scored as the likes of Kevin De Bruyne, Romelu Lukaku and Dries Mertens were given the night off.

It lifted Belgium to seven points from three games in Group E, while Belarus suffered a first defeat after starting with a 4-2 win over Estonia. Czech Republic are second on four points after a 1-0 loss to Wales who are level on three with Belarus. 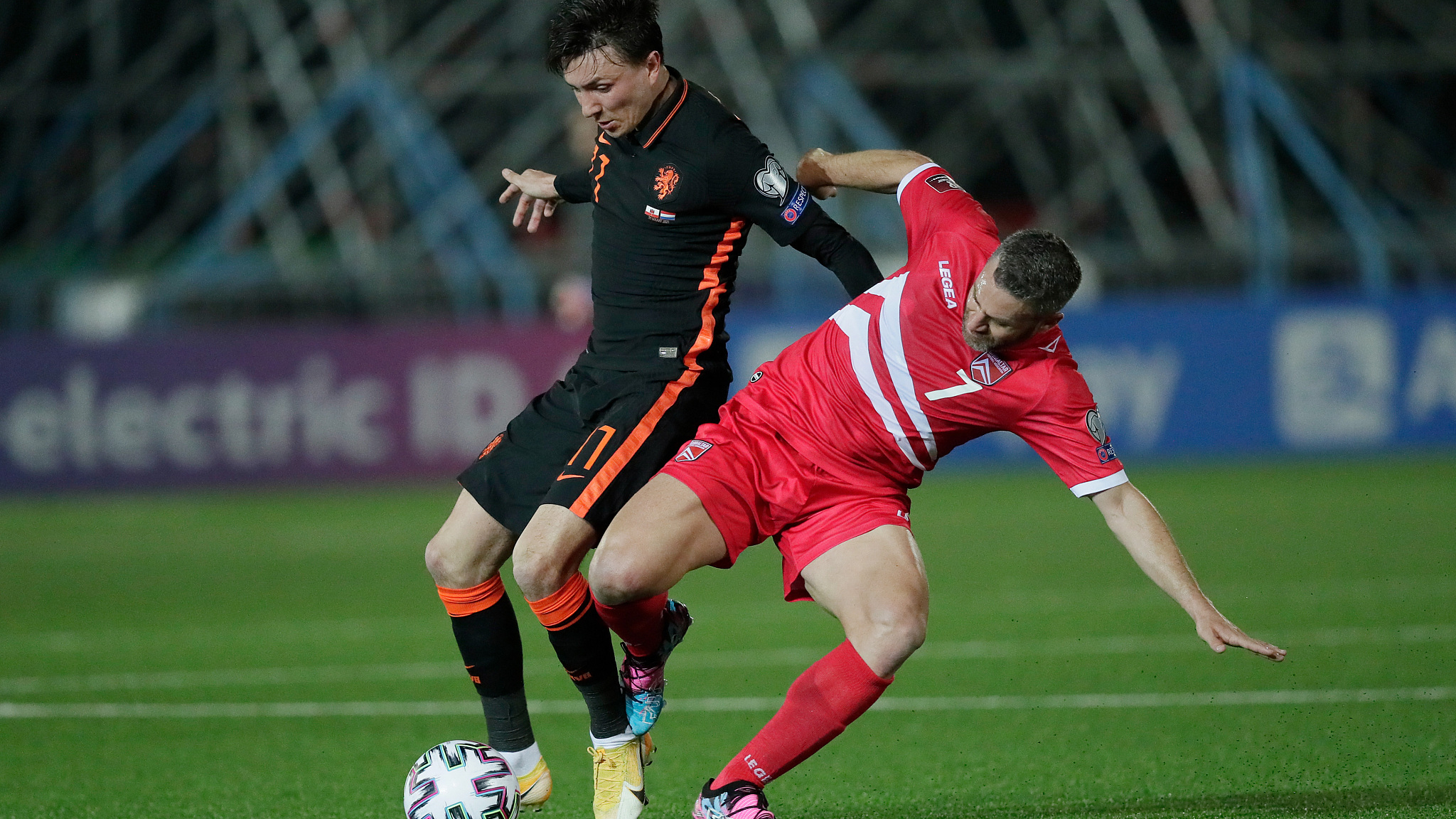 Steven Berghuis of Holland (L) and Lee Casciaro of Gibraltar during the World Cup 2022 qualifying match between Gibraltar and Holland at the Victoria Stadium in Gibraltar, March 30, 2021. /CFP

Steven Berghuis of Holland (L) and Lee Casciaro of Gibraltar during the World Cup 2022 qualifying match between Gibraltar and Holland at the Victoria Stadium in Gibraltar, March 30, 2021. /CFP

Netherlands' winger Steven Berghuis scored one goal and set up another as they overcame a wasteful first half to thump minnows Gibraltar 7-0 in their World Cup qualifier at the Victoria Stadium in Gibraltar.

Substitute Donny van de Beek added a sixth late on and Depay got his second as the Netherlands recorded their biggest away win since a 7-0 success over San Marino in 1993.

The Dutch moved into second place in Group G with six points from three games, one point behind leaders Turkey who were surprisingly held to a 3-3 draw at home by Latvia.