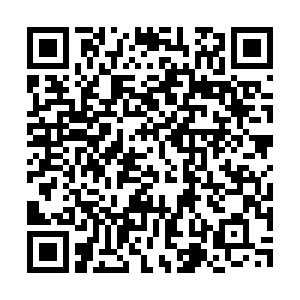 In a statement released on Wednesday, a spokesperson for the HKSAR government reiterated that foreign governments should not interfere in the internal affairs of China's HKSAR in any form.

The spokesperson said that "human rights are fully protected by law in Hong Kong."

"The HKSAR Basic Law, which serves as the constitutional document of the HKSAR, provides a constitutional guarantee for fundamental rights and freedoms, including the right to equality before the law, and is buttressed by the rule of law and an independent judiciary," the spokesperson said in the statement.

The spokesperson said that the report questioned China's willingness to uphold the "One Country, Two Systems" principle and called the claim utterly groundless. The HKSAR is an inalienable part of the People's Republic of China (PRC), a local administrative region that enjoys a high degree of autonomy under "One Country, Two Systems" and comes directly under the Central People's Government (CPG).

Upholding and implementing the principle of "One Country, Two Systems" meets the interests of the Hong Kong residents, responds to the needs of maintaining Hong Kong's prosperity and stability and serves the fundamental interests of the nation. The CPG has time and again made it clear that it will unswervingly implement the policy of "One Country, Two Systems," the spokesperson said.

"We strongly object to the comments in the report smearing the Law of the People's Republic of China on Safeguarding National Security in the HKSAR," reads the statement.

The spokesperson stressed that national security is a matter within the purview of the central authorities, and it is the legitimate right and duty of every country to safeguard its national security.

"Whether it is in a unitary or federal system, legislation on national security is invariably carried out by the central authorities rather than a local government," the spokesperson said.

"Enacting laws on national security with extraterritorial effect is also squarely in line with international practice. Smearing the national security law in Hong Kong out of political motivation is clear hypocrisy in adopting double standards," the spokesperson added.