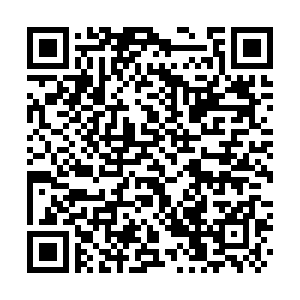 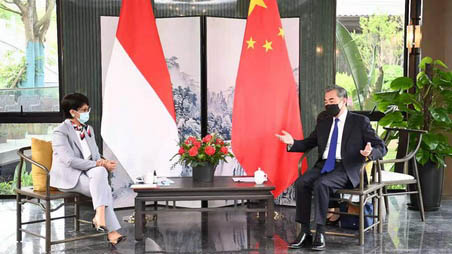 China and Indonesia agreed on Friday that all parties in Myanmar should seek a political settlement within the Association of South East Asia Nations (ASEAN) framework and stressed non-interference in Myanmar's internal affairs.

The two sides coordinated their positions on the situation in Myanmar and China supports Indonesia's proposal to hold a special meeting of ASEAN leaders in this regard, according to the statement of the meeting.

China supports Indonesia in hosting the G20 Summit next year and stands ready to continue to maintain sound cooperation with Indonesia under multilateral mechanisms and jointly safeguard the legitimate rights and interests of developing countries, said the Chinese foreign minister.

Talking of China-ASEAN relations, Wang said that China is ready to work with ASEAN countries including Indonesia to promote the implementation of the Regional Comprehensive Economic Partnership (RCEP).

The two sides agreed to strengthen cooperation in areas such as digital economy, big data, cloud computing, 5G and smart city construction to inject new impetus into high-quality economic development of both sides.

To achieve mutual benefit in the maritime area, they agreed to advance cooperation in navigation safety, marine environmental protection, maritime search and rescue and fishery.

China is ready to discuss the establishment of bilateral comprehensive economic partnership with Indonesia, said Wang.

Meanwhile, Wang hailed that the vaccine cooperation between the two sides has set a fine example of cooperation between developing countries, and called for joint efforts in contributing more to the stability and development of Asia and the world in the post-epidemic era.

For her part, Retno said that the bilateral relations are deepened overcoming the impact of the epidemic and Indonesia looks forward to further cooperation with China on vaccines.

She also noted the bilateral cooperation in big projects like the Jakarta-Bandung High-Speed Railway, trade, investment, fishery and infrastructure development.

Indonesia is willing to negotiate with China on a comprehensive economic and trade cooperation to achieve early harvests, she added.

Indonesia supports China in hosting a successful Boao Forum for Asia and is willing to work with China to make the commemoration of the 30th anniversary of China-ASEAN dialogue relations a success, she said.