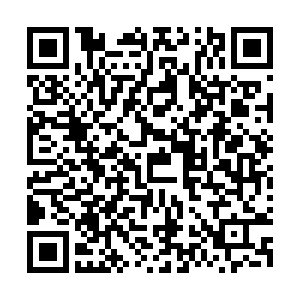 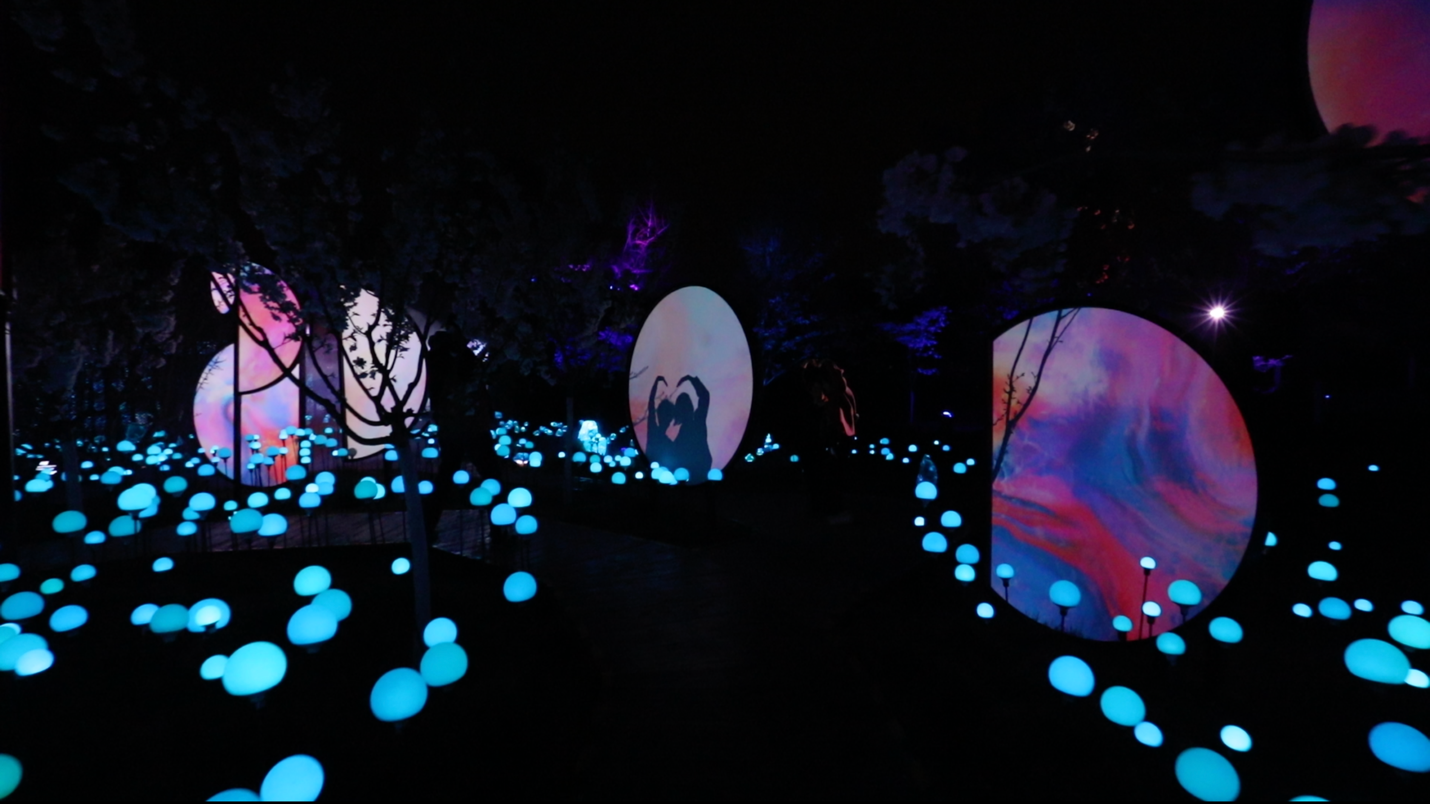 Beijing's Yuyuantan Park is now presenting a second edition of the city's international light festival where visitors can take a walk and follow the trails lit with blue-toned illuminations.

The park is a popular site for enjoying cherry blossoms in spring. But as the sun goes down, a new experience awaits visitors. Nature's beauty is highlighted with a little help from technology in this 18,000-square-meter venue.

Some 19 different types of lighting equipment, over 12,000 point light sources as well as two kilometers of LED light bands are used to create a whimsical night scene. 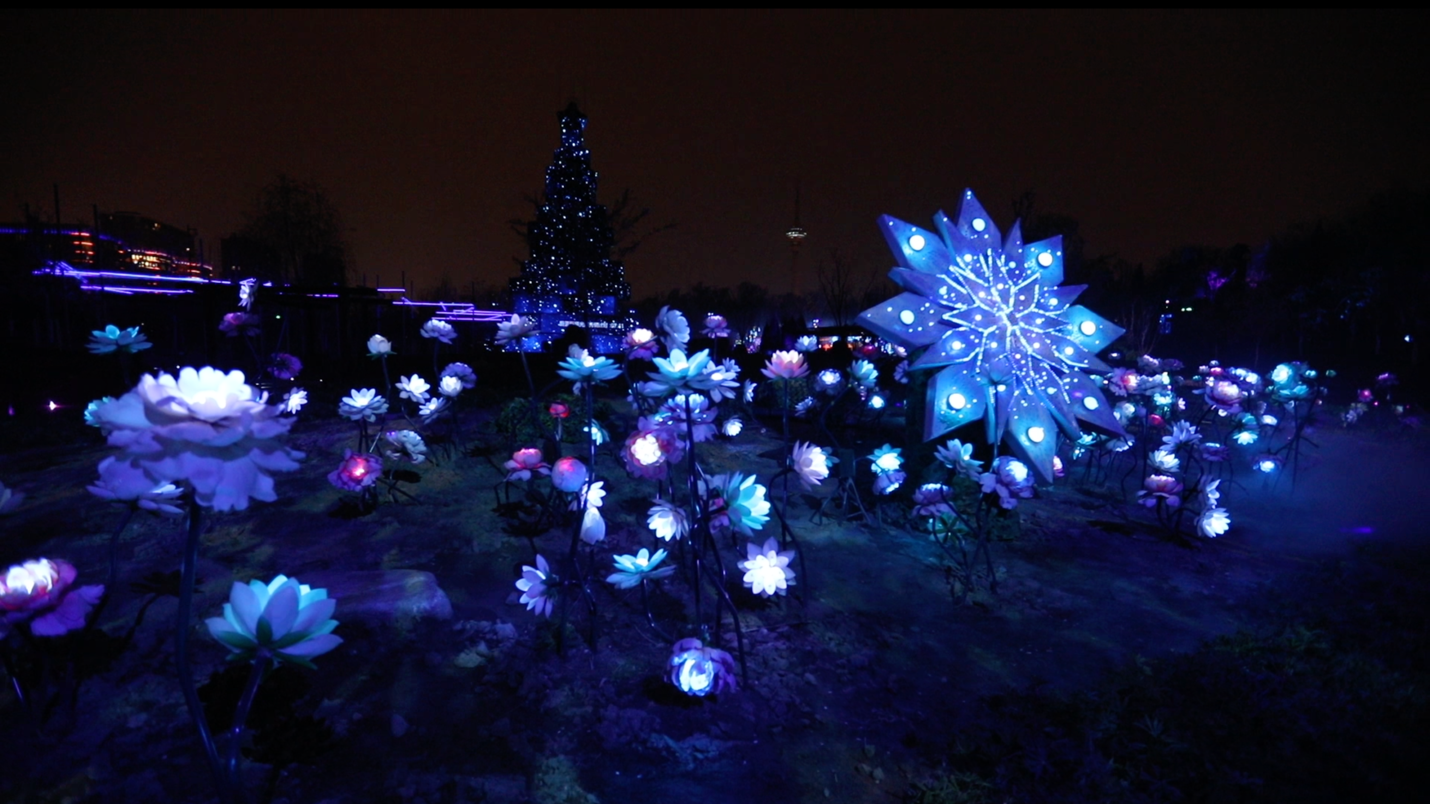 As the theme of this year's light festival, "Blue Space," indicates, the production team has created a universe that includes a Blue Planet.

"Visitors come in as explorers from Earth. They board the spacecraft and go to the Blue Planet," Ma Bo, director of the light festival, shared with CGTN.

"The installations they see in the park are different bio-landscapes on the Planet Blue," Ma said.

Based on the feedback given by visitors from the previous events, Ma and his team have added more interactive installations to the exhibition. "Awakening" is one of the displays that changes color when touched upon.

"The concept is to use the warmth of our fingertips to thaw the glaciers on the Blue Planet and nurture the growth of this mystical plant," Ma added. 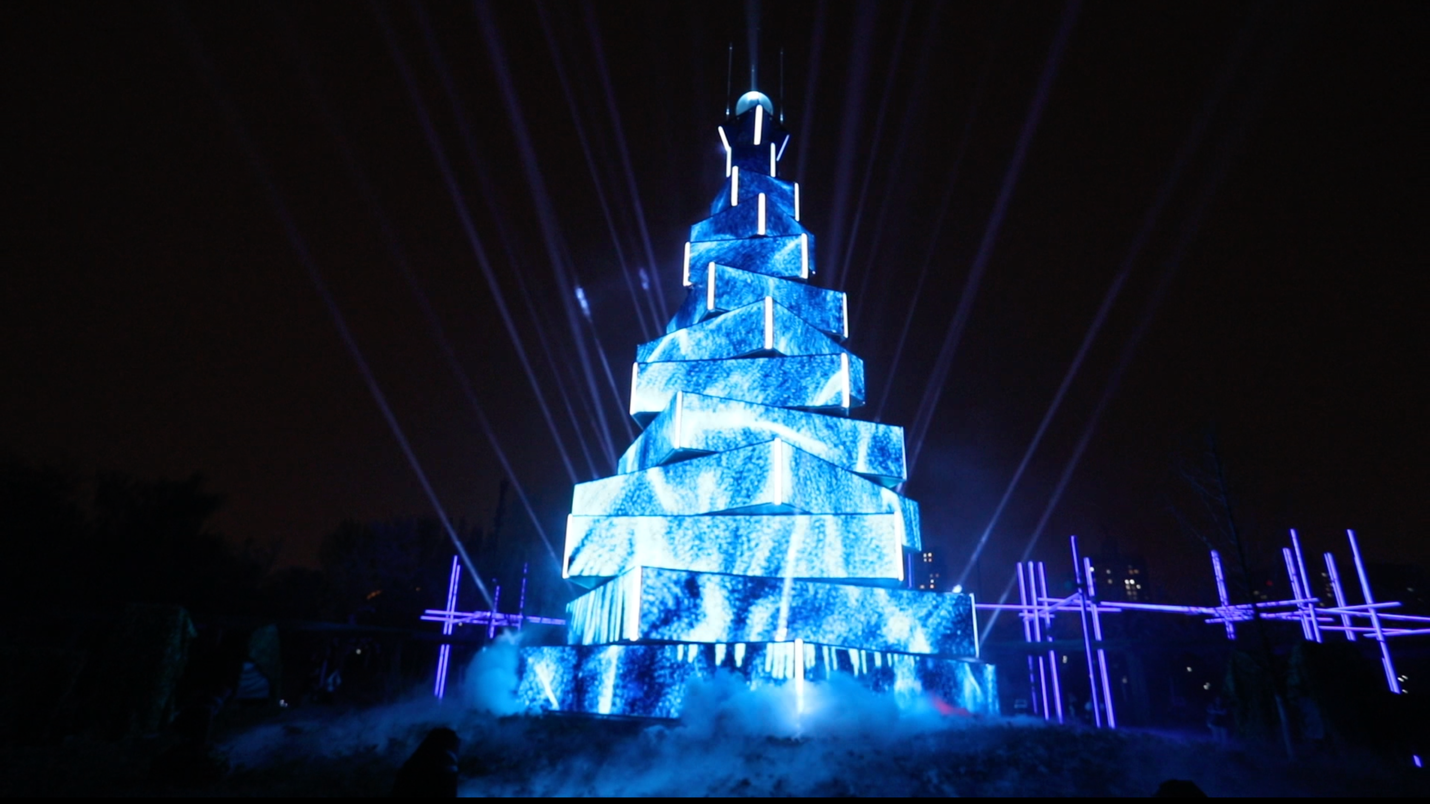 A centerpiece installation at the Beijing International Light Festival. /CGTN

A centerpiece installation at the Beijing International Light Festival. /CGTN

The rain-booth is another interactive installation that produces a rain shower when one stands in the middle, and the centerpiece is also not to be missed: it's a triangular-shaped structure built from LED screens that puts on a laser light show every 20 minutes.

The Beijing International Light Festival will run until this October.