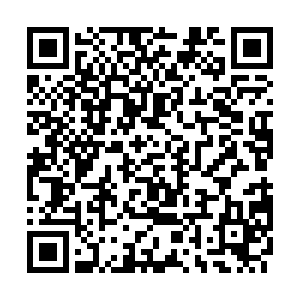 Representatives of Iran and world powers will meet next Tuesday in Vienna to discuss the Joint Comprehensive Plan of Action (JCPOA), Iranian and European officials said after holding virtual talks on Friday aimed at reviving the accord.

Iran, China, Russia, France, Germany and Britain discussed on Friday the possible return of the United States to the agreement and how to ensure its full and effective implementation by all sides.

Iran's Deputy Foreign Minister Abbas Araqchi, a senior negotiator in the talks, told Iranian TV that the participants had agreed to meet in person in Vienna on Tuesday after "frank and serious" talks.

"The impression is that we are on the right track, but the way ahead will not be easy and will require intensive efforts. The stakeholders seem to be ready for that," Mikhail Ulyanov, Russia's ambassador to the UN atomic watchdog, said on Twitter.

Even though the United States is not part of Friday's meeting, the Biden administration on Friday confirmed that the U.S. had agreed to talks with European, Russian and Chinese partners to identify issues involved in returning to compliance with the 2015 nuclear agreement with Iran.

"These remain early days and we don't anticipate an immediate breakthrough as there will be difficult discussions ahead. But we believe this is a healthy step forward," U.S. State Department spokesperson Ned Price said in a statement.

But Iran is expected to reject any indirect talks with the U.S. or a step-by-step lifting of sanctions at next week's meeting, Press TV reported, quoting an unnamed informed source.

Iranian state TV quoted an unnamed official as saying on March 30 that Iran will not stop its 20 percent uranium enrichment before the United States lifts all sanctions.

The JCPOA was reached in 2015 between Iran and the P5+1: the five permanent members of the United Nations Security Council – the U.S., China, Russia, the UK and France – plus Germany. As part of the deal, Tehran agreed to roll back parts of its nuclear weapons program in exchange for decreased economic sanctions.