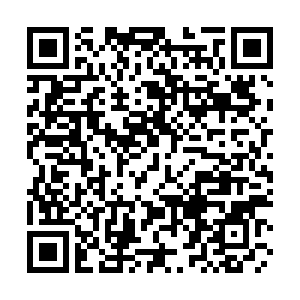 The S&P 500 finished above 4,000 for the first time Thursday, setting a record amid rising confidence in the U.S. economic recovery, while oil prices rallied after petroleum producers agreed to limited output increases.

The heady session marked a strong start to the second quarter a day after U.S. President Joe Biden formally announced a massive $2-trillion infrastructure plan which he said would create millions of good jobs.

Biden's proposal faces hurdles on Capitol Hill, but investors remain bullish about the coming months in the wake of the giant fiscal stimulus package approved in mid-March, and the accelerating coronavirus vaccine campaign in the United States.

Investors also were cheered by data showing a strengthening rebound in U.S. manufacturing in March.

"Today is just one of those days you look across the board and it seems to just be pretty good," said TD Ameritrade market strategist JJ Kinahan, who attributed the bounce in tech shares partly to the ebbing of U.S. Treasury bond yields.

The organization said the sluggish roll-out was "prolonging the pandemic" and described Europe's virus situation as "more worrying than we have seen in several months."

That criticism came after French President Emmanuel Macron announced a limited nationwide lockdown to battle soaring COVID-19 cases, while Brazil feared further devastation was ahead after its deadliest month of the pandemic so far.

Elsewhere, crude futures surged more than three percent as the OPEC+ group of oil producers agreed to modest production increases starting in May.

Analysts took the agreement in stride, viewing the measured increases as a prudent response given an expected rise in demand later this year.

While rising COVID-19 cases in key economies probably will lead to "some signs of softness" in oil prices in the near-term, "we still see inventories draining at a rapid pace" as demand picks up, Morgan Stanley said in a note.

Shares in Deliveroo steadied one day after the app-driven meals delivery group lost more than a quarter of its value on its stock market launch in London.