Download
A Qingming festival snack with a history of over 1,000 years
By Li Qiong 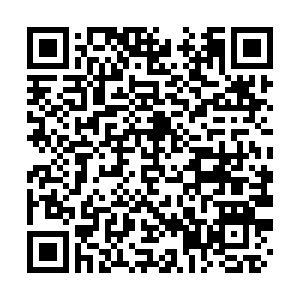 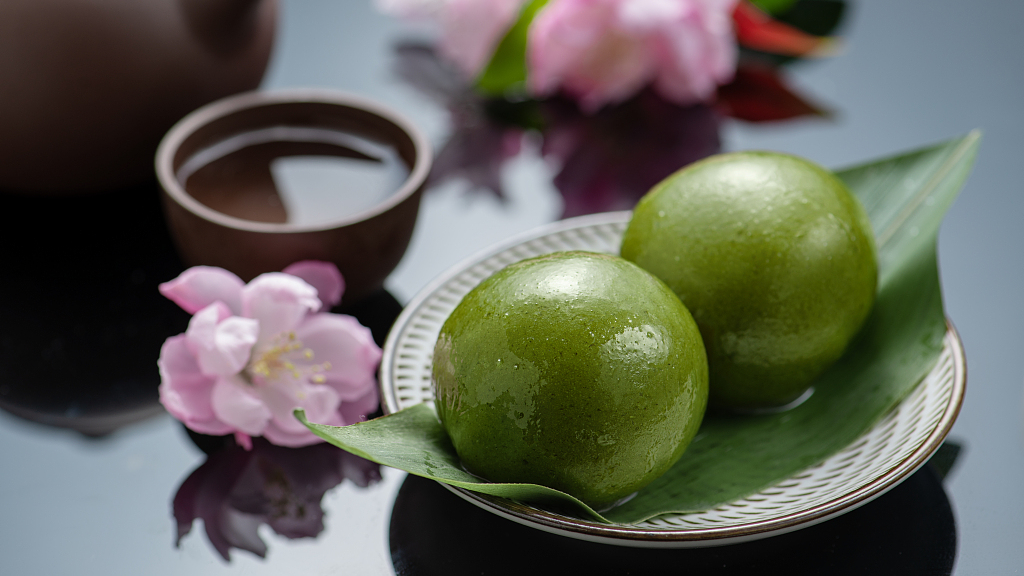 April 4 marks this year's Qingming Festival. It is the only solar term on Chinese lunar calendar that is also an important traditional festival. It's known as Tomb-Sweeping Day because the festival is when people pay respect to their ancestors. A dumpling called qingtuan is a special snack for this day.

Qingtuan, literally, "green dumpling" is a traditional Chinese food with a history of over 1,000 years. It's popular in southern China around the annual Qingming Festival. Qingtuan was originally a sacrificial offering, which evolved into a seasonal street snack. Today it can be found in different parts of the country. The main ingredients include mugwort leaves, different kinds of stuffing, as well as glutinous rice flour, sugar, flour and oil.

Chinese mugwort leaves are a very important ingredient of qingtuan making, frequently used in traditional Chinese medicine. It's where the green color of qingtuan comes from. The leaves are edible when young and fresh, only at the beginning of spring, making it a seasonal food.

Crushing the mugwort leaves for the juice is the first step. In the old days, it was labor intensive. Today, machines make it easy.

Next comes the dumpling skin. Glutinous rice flour is mixed with hot water and the mugwort juice. 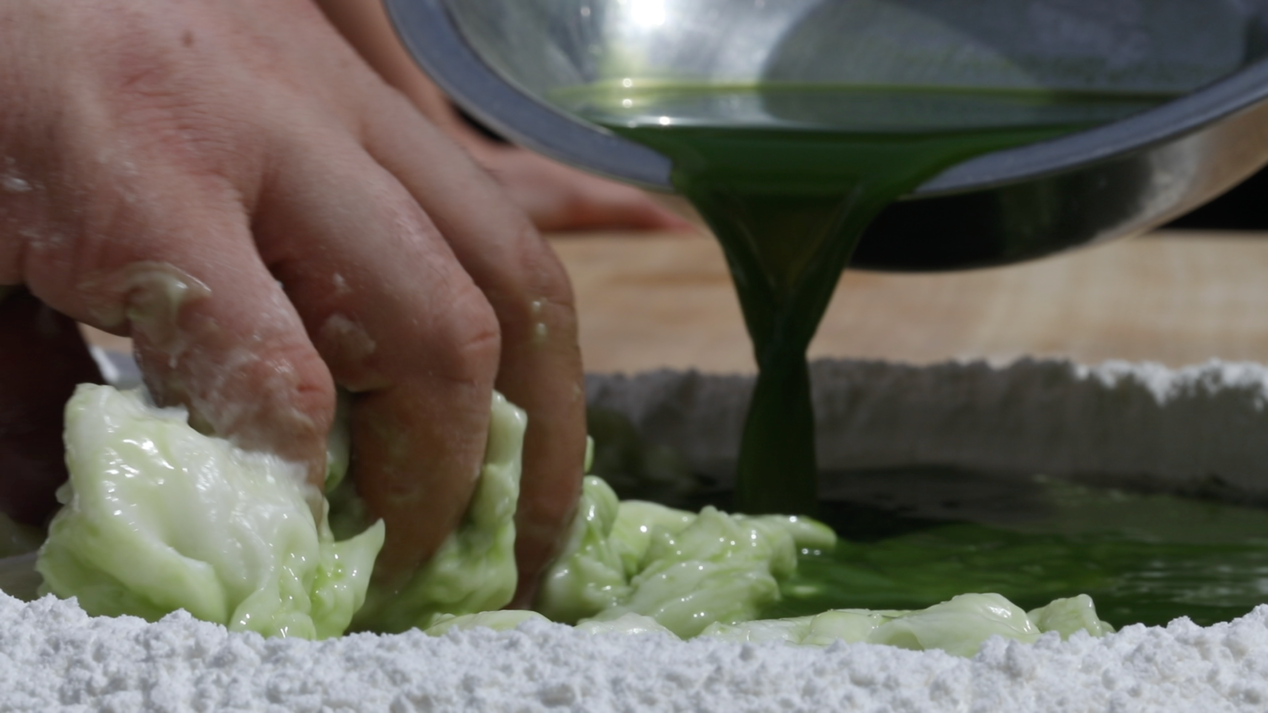 The original filling was sweetened red bean paste. Different fillings have been developed to cater to different consumers, like the custard or a mixture of egg yolk and meat floss.

Wrap the stuffing into the green glutinous skin, and steam them for eight minutes. Then, ready to serve! 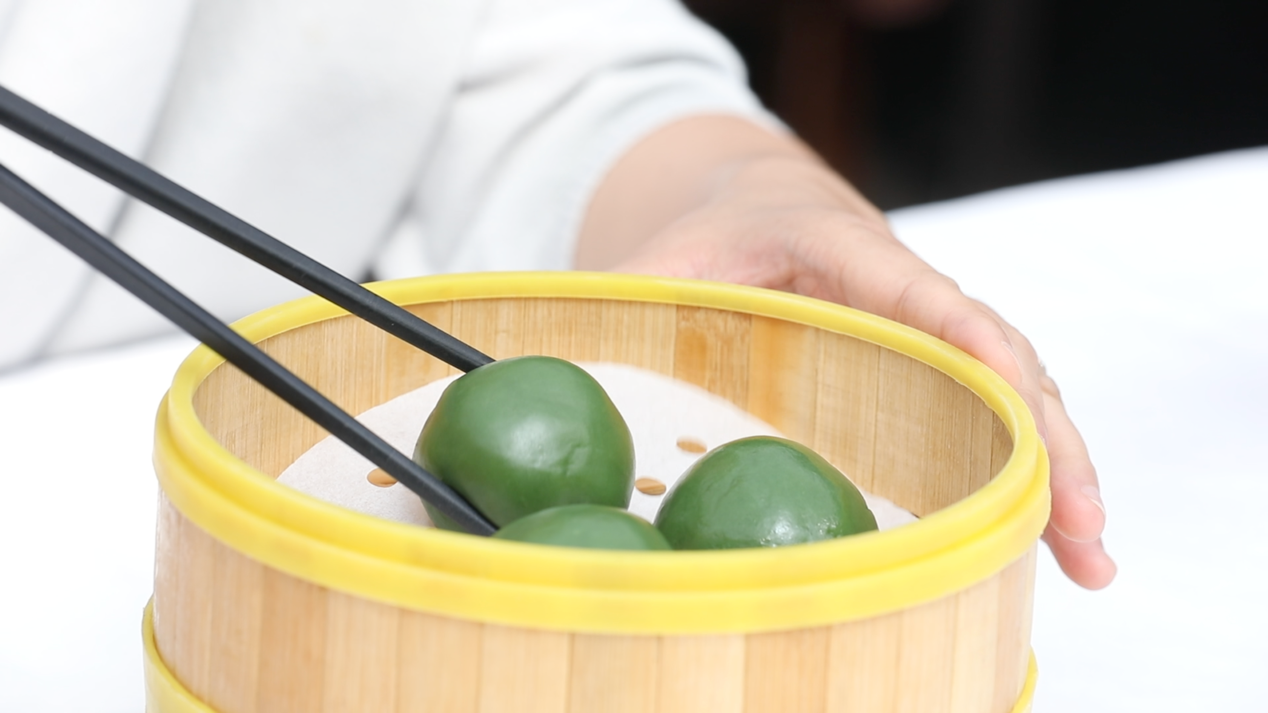 The stuffing might not be the same as the original in many places, but the skin mostly remains unchanged: soft, sticky, and with a slight taste of mugwort.