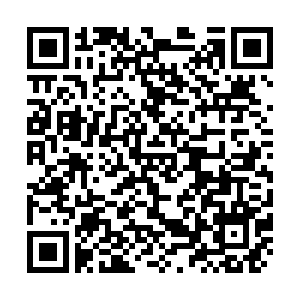 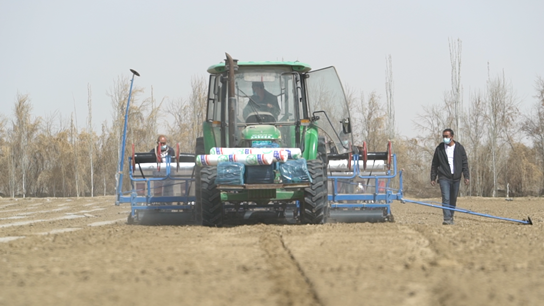 Good amounts of water and fertile soil are necessary to grow high-quality cotton. In northwest China's Xinjiang Uygur Autonomous Region, abundant sunlight, dry air and big temperature differences between day and night give the local cotton its outstanding texture and appearance. But irrigation was once a challenge in oasis areas, meaning Xinjiang farmers needed to find a way forward.

From their position on the edge of China's largest desert, Hotan cotton producers have long used agricultural technologies to get the best out of what they produce, including drip irrigation which allows water to drip slowly to the roots of plants. Farmers plant cottonseed at the same time as they cover plowed cotton fields with specialized plastic film. They understand better than anyone else how precious the water and soil are.

Local cotton farmer Li Ming said he had seen an increase in the efficiency of fertilizer after adopting drip irrigation and fertigation techniques that significantly boost yields.

"Cotton directly absorbs from the root and does not waste anything," Li explained.

Last year, China's National Agricultural Technology Extension & Service Center issued special irrigation guidelines for Xinjiang aimed not only at reducing the loss of water and soil, but also focusing on the harvest. The region has seen increasing cotton yield per hectare since last year, as new planting techniques are developed and promoted.

"In the past, the cotton we planted in the flood irrigation area was a little yellow, but now the cotton we irrigate with drip irrigation is white and good," said cotton farmer Mamat Abla Ablimit, adding that high quality means higher prices and income.

As cotton production shifts gradually from manual to mechanized, so too have the pace of work and living conditions of local cotton farmers changed, Ablimit said. What they need to do in the busy spring planting season now is to look after the plowing and sowing machines and replenish drip tape, film and seed.

"There are fewer workers but we have more income. It usually took at least four to five people to work on such a large piece of land for ridging and topping. Now it's very easy for only one to do so," said the Uygur cotton farmer, who was totally unaware that he and his peers were involved in "forced labor" allegations by certain companies in the West.

There are other considerable efforts in Hotan to maintain a balance between the economic benefits of cotton and residents' long-term well-being. For one, producers keep cotton fields small and scattered. This leaves room for trees – a natural barrier against sandstorms that slow down desertification.

It's reported that Chinese companies have been working with other major cotton producers overseas that face the same challenges, like Uzbekistan, which plans to introduce modern water-saving technologies on 200,000 hectares of land each year.

Cao Huiqing, a senior leader of the China Cotton Association, said Xinjiang's cotton producers have joined the Stockholm Convention. He pointed out that the convention holds an even higher standard than the Better Cotton Initiative, the organization that's asked its members to boycott Xinjiang cotton products.