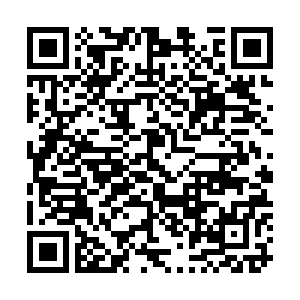 There was no so-called pressure or threats against BBC reporter John Sudworth, said a spokesperson for the Chinese Mission to the European Union (EU) on Saturday, refuting claims by the reporter and EU.

The remarks came after the EU criticized China earlier this week for a lack of freedom of speech and press that led to Sudworth's departure from Beijing.

The spokesperson noted in a statement that if Sudworth has not engaged in spreading disinformation as he claims, there is no need for him to worry about litigation for his reporting.

"Even if any lawsuit is brought against him, he could well respond in a calm manner. If he is concerned about personal safety, he could have reported to the police. The Chinese authorities protect the safety of foreign nationals in China in accordance with law."

The EU also accused China of expelling at least 18 correspondents last year. The spokesperson responded that the steps China took were a legitimate and necessary response to the U.S. suppression and expulsion of over 60 Chinese correspondents.

"China has and will continue providing facilitation and assistance to foreign correspondents for their reporting in China. Yet we firmly reject ideological prejudice against China, we firmly reject any conduct in breach of press work ethics and morality, and we firmly reject any attack and slandering on China by fabricating fake news and disinformation in the name of the freedom of speech and press," the spokesperson said.

The Chinese Foreign Ministry said on Wednesday that Sudworth had traveled from the mainland to Taiwan "without saying goodbye."

"John Sudworth left unceremoniously without notifying the competent Chinese officials or fulfilling any departure procedures required of foreign resident journalists in China," said Foreign Ministry spokesperson Hua Chunying. "If he was worried about being sued by people in Xinjiang, he should have stayed to face the litigation if he knew for sure he hadn't produced any fake news or rumors, " Hua added, denying claims that he was threatened for his reports on Xinjiang.