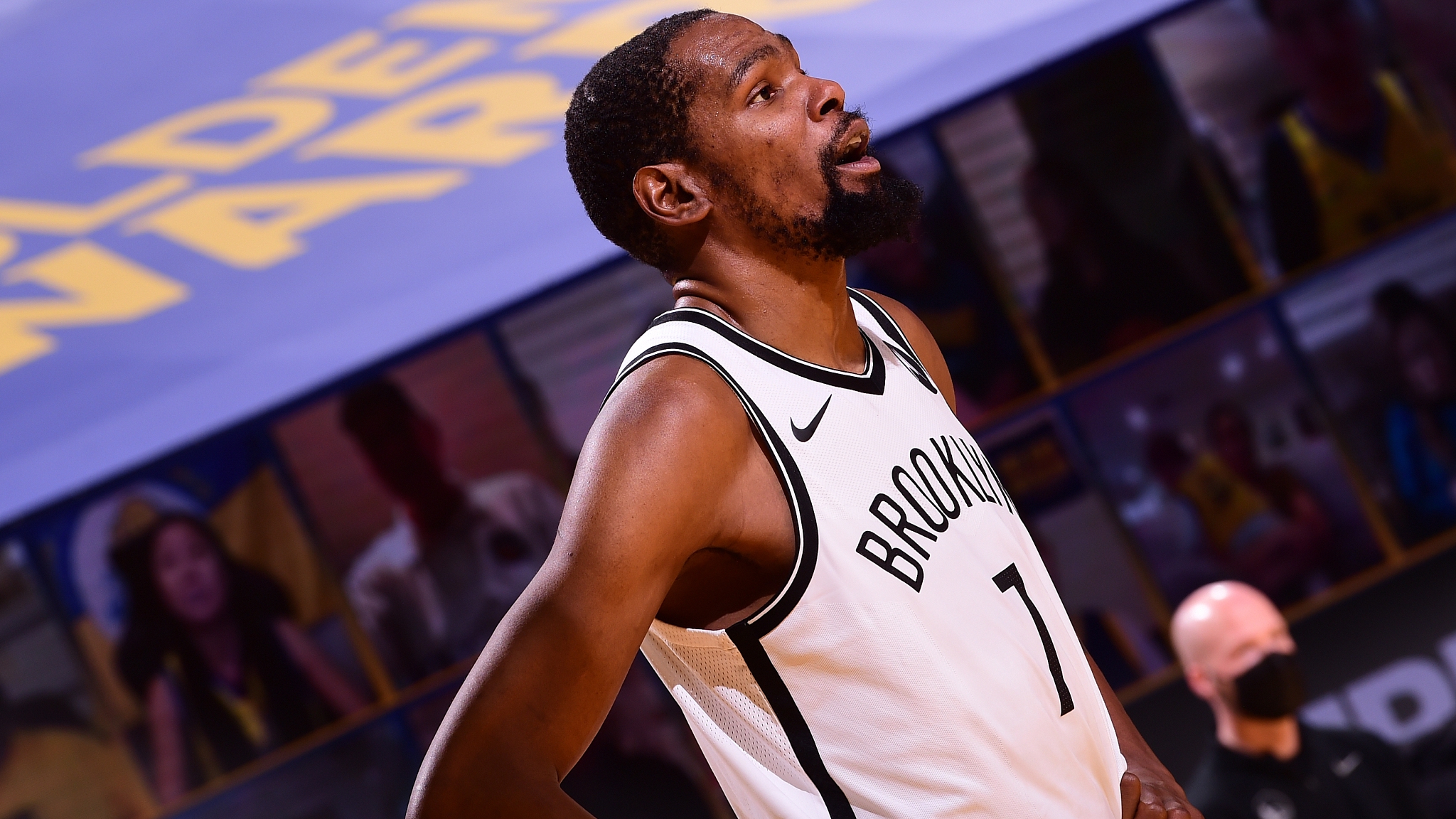 Brooklyn Nets forward Kevin Durant has missed Brooklyn's past 21 games. He is averaging 29.0 points, 7.3 rebounds and 5.3 assists this year. /CFP

Brooklyn Nets forward Kevin Durant has missed Brooklyn's past 21 games. He is averaging 29.0 points, 7.3 rebounds and 5.3 assists this year. /CFP

Kevin Durant was fined $50,000 by the NBA on Friday over a  slew of expletive-laden social media messages including misogynistic and homophobic language.

The league said in a statement the Brooklyn Nets forward was fined for "using offensive and derogatory language on social media," noting that Durant, who had apologized for his remarks, had "acknowledged that his actions were inappropriate."

The 32-year-old superstar said late Thursday he was sorry that the messages – part of an angry private exchange with actor and comedian Michael Rapaport – had emerged in the public domain.

"I'm sorry that people seen that language I used," Durant told reporters. "That's not really what I want people to see and hear from me, but hopefully I can move past it and get back out there on the floor."

Durant lashed out at Rapaport in a series of direct messages sent via Instagram after the actor had criticized the former NBA Most Valuable Player's conduct during a post-game television interview last December.

"I receive threats and disgusting messages DAILY, but never in my wildest dreams did I think @KDTrey5 (Durant) would be among them," Rapaport wrote in a Twitter post containing multiple screenshots of the messages. "The Snake himself is now threatening me, bringing up my wife and wants to fight."

In 2011, the late Kobe Bryant was fined $100,000 for directing an anti-gay slur towards referee Bennie Adams.

Durant, meanwhile, said Thursday he is close to a return to action after several weeks on the sidelines since suffering a hamstring strain against Golden State in mid-February.

"I'm progressing pretty well," Durant said. "Looking forward to being out there with my teammates pretty soon."