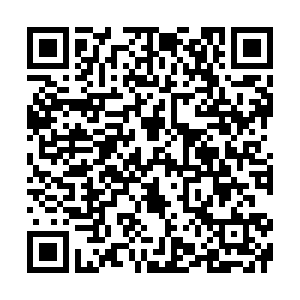 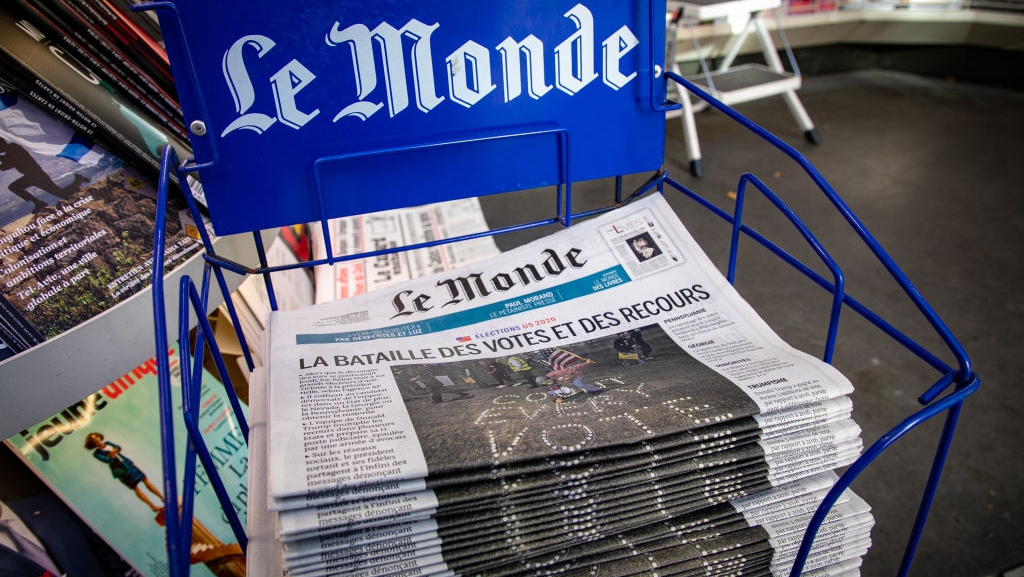 Several days ago, French media outlet Le Monde ran a story claiming that China-based journalist Laurène Beaumond, who had contributed to CGTN's reporting on Xinjiang Uygur Autonomous Region, apparently "did not exist," insinuating that she was a fictional and her story was fabricated for propaganda purposes.

The claims gained specific traction on social media and were also pushed in a tweet by anti-China ideologue Adrian Zenz, who has been a key figure in pushing the U.S.-led Xinjiang narrative concerning events in the region.

However, the report was intentionally twisted on behalf of Le Monde. French officials had stated that Laurène was not registered as a reporter within France itself, not that she "did not exist" as a person, with Chinese Foreign Ministry spokesperson Hua Chunying later clarifying at a regular press briefing that she has lived in China for many years.

The misleading content reveals yet again a persistent effort from Western voices to delegitimize and discredit everyone who questions the conventional wisdom pushed regarding the Uygur minority and should be understood primarily as a means to legitimize geopolitical confrontation against China.

Efforts to discredit counter-narrative on Xinjiang

The West believes that it has an exclusive and unquestionable monopoly on what might be described as "political truth." Deriving from the legacy of Christianity, with its ontology tying the idea of "moralistic truth" with "empirical truth" and those who lack it being in darkness, the West advocates the idea that it is subsequently enlightened, with pure motivations and that those who challenge them are fueled by wickedness and bad faith.

The West is always honest; the non-West is always dishonest, save it complies with their ideology. There is no nuance or middle ground; everything is a binary of light versus darkness.

As a result, when the West advocates criticism of Xinjiang, the underlying mindset behind it is that the West is advocating truth in good faith and that those who question this narrative are subsequently dishonest and have tainted motivations.

This absolutist approach serves to delegitimize every alternative opinion and perspective as both morally flawed and dishonest and strives to shut down the debate altogether. This, of course, fails to account for the fact that those pushing such strong claims, such as "genocide" are able to hide obvious geopolitical motivations behind a screen of self-righteousness. 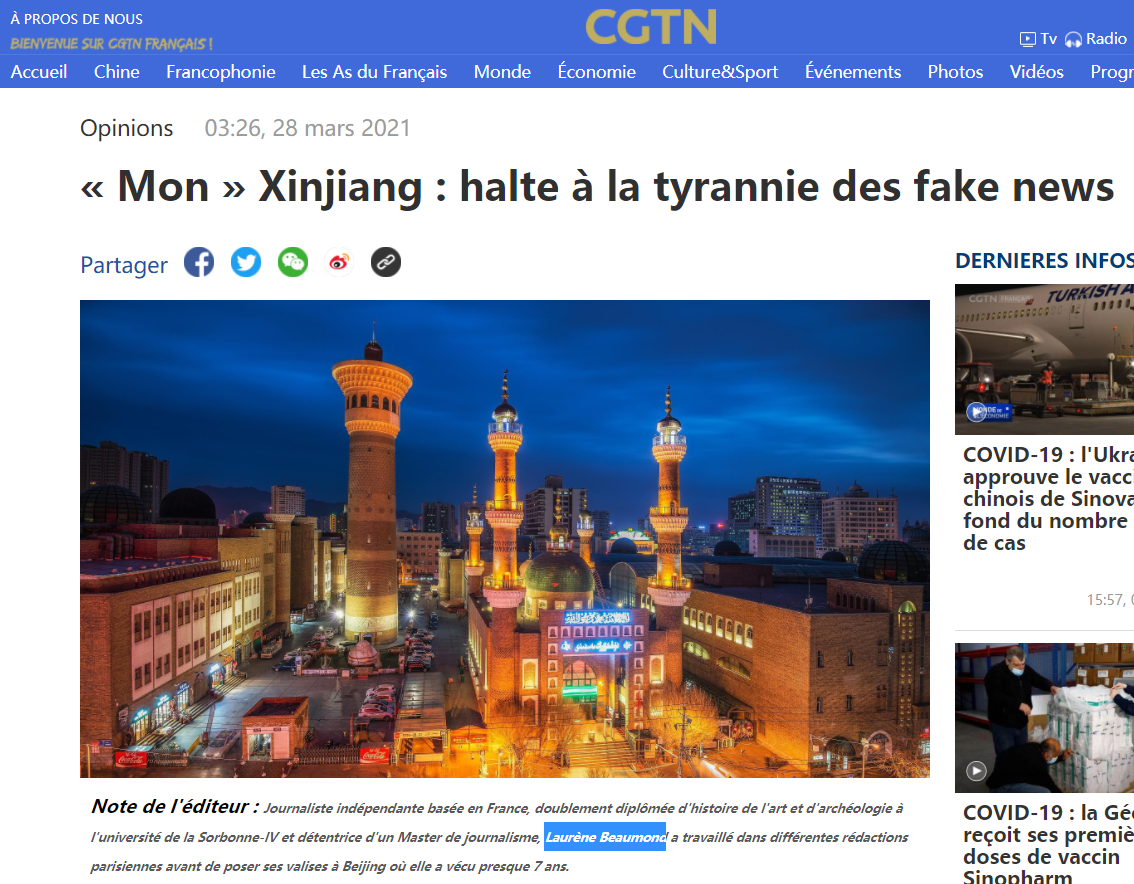 It is not surprising that because a female French journalist visited the region and questioned this underlying narrative, there is an effort to discredit her reporting and views, in this case, by pretending she doesn't exist.

The French newspaper Le Monde is a tabloid with a history of twisting quotes from government officials and propagating false conclusions when it came to China. Late last year, before the EU-China Comprehensive Agreement on Investment (CAI) was about to be signed, Le Monde published an article with twisted quotes from a French official, claiming that Paris was going to veto the deal entirely over Xinjiang.

This led to other false articles being published as a run-on effect. For example, Politico claiming the same thing. Of course, this didn't happen.

On this premise, Le Monde is obviously at it again, twisting a quote saying that Laurène Beaumond is not a registered reporter in France to suggest that she does not exist and is merely invented by CGTN. She said in an interview that she is not registered because she would be under huge political pressure, as her views are contrary to those of French mainstream media.

This is an extremely serious and egregious claim to make. The focus here was not so much upon checking the facts but on jumping to the conclusion that someone who challenged the "prevailing wisdom" on Xinjiang must be, for some reason, a flawed, suspect or unreliable source.

The emphasis is placed on discrediting China and preserving this issue as the Holy Grail of all things opposed to China to manufacture consent for hawkish policies, geopolitical confrontation and decoupling.

The world must wake up to the reality that the reports on Xinjiang are not being made in good faith. They are focused entirely on a false narrative and being coordinated to wage a hybrid war against China.

The Western public is so convinced by the self-righteousness of their ideology that they fail to realize that it is being used to advance raw geopolitical interests, from weapons of mass destruction to Xinjiang, it's happening again.

Le Monde stifles different views, lacks respect for independent voices and is unwilling to let the world know more about Xinjiang. Laurène Beaumond is, of course, not a fictional identity, but she is a thorn in the side of those behind this grand deception.