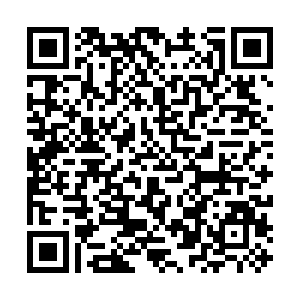 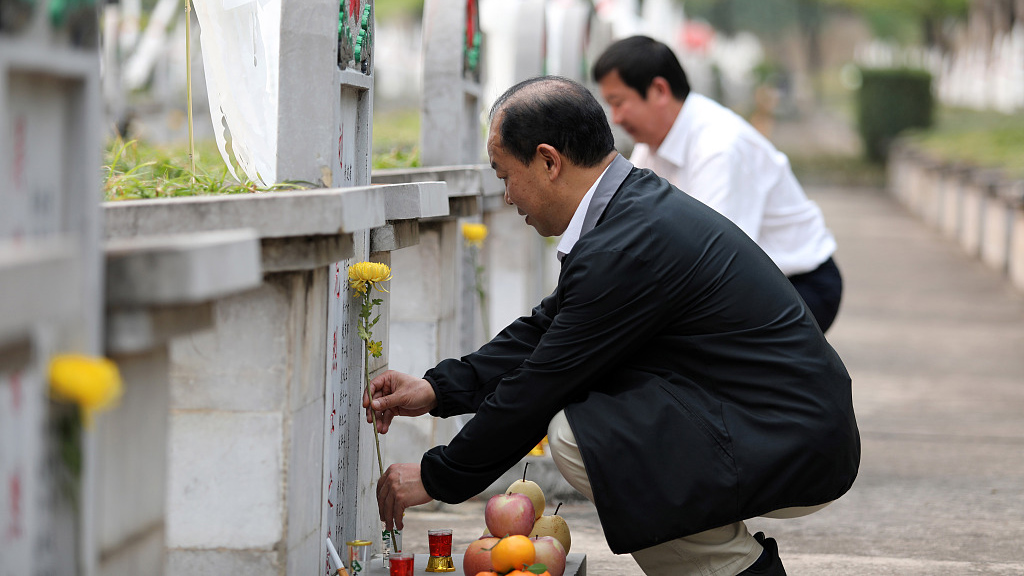 In the early morning of Saturday, Qiu Youming packed up and hopped on a bus heading for his home town in Liangshan Yi Autonomous Region. Working as a food deliveryman in Chengdu, the capital of southwest China's Sichuan Province, Qiu didn't go back home in Chinese New Year due to the concern of coronavirus infections.

To make up for this, he decided to go home during the Qingming Festival, which falls on April 4 this year. The day is an occasion for people to pay respects to their deceased relatives by sweeping and weeding family burial sites. For the family reunion, Qiu had bought new clothes for his kids, nutriment for parents, and special local products for his wife.

"I haven't been home for a year. I missed my family members very much and missed the sausages and bacon my wife made," Qiu said, "In the holiday, I plan to get some rest and accompany my family members to sweep tombs."

In contrast with the Qingming Festival last year, this year's holiday has already seen more people go back home or go for a travel. According to Fang Zeqian, an analyst of Ctrip Research Institute, around 100 million trips are expected to be made in the three-day holidays, returning to the same level as that of the same period in 2019. 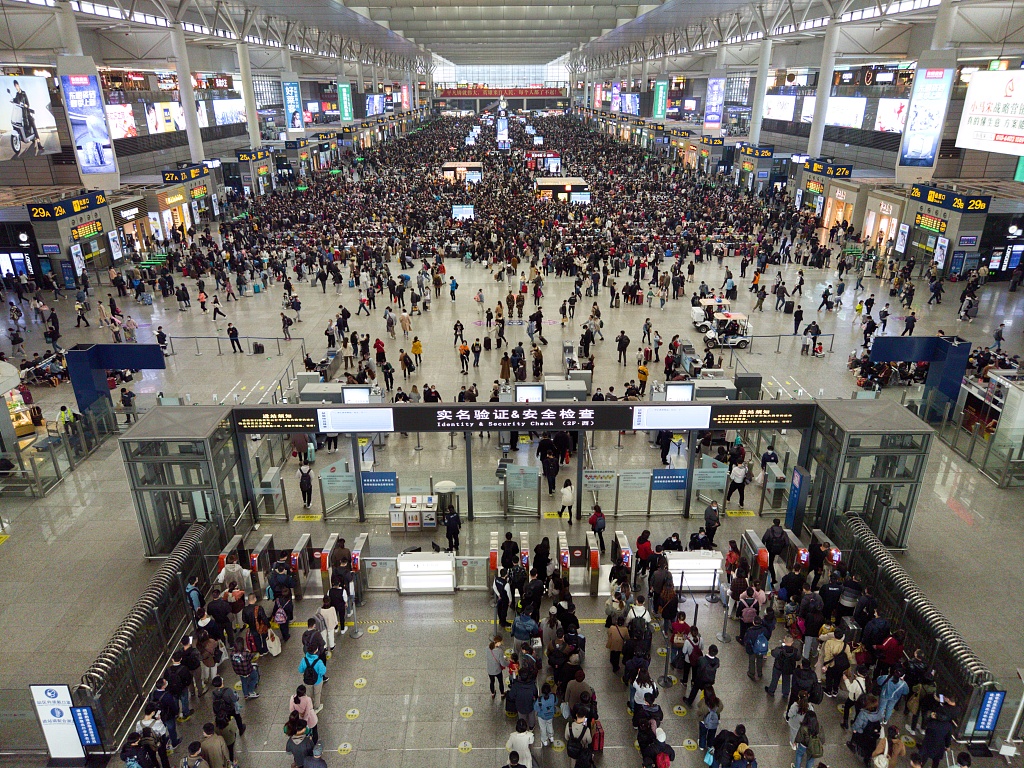 The price of plane tickets during the Qingming Festival has returned to the level of 2019. Yet, the average price of flight tickets for International Workers' Day which falls on May 1 has increased to 830 yuan ($126), a 30 percent increase compared to that of 2019.

Experts say as many people's traveling demand were restrained in Spring Festival, during which authorities urged residents not to make "unnecessary" trips due to fresh coronavirus cluster infections in north China, their demand of traveling will be fully released in Qingming and May 1 holidays, which will further stimulate the recovery of China's tourism sector.

"I came home days before the Qingming Festival, and when I called several old friends to have a reunion, they told me that a lot of people have come back from Shanghai, Beijing and other big cities in the holiday," Wu Long, a self-employed youth in Beijing told CGTN. His father passed away two years ago and Wu wanted to return home this time to pay tribute, doubly, as he had missed the opportunity last year due to the coronavirus epidemic.

Wu said that since his hometown is a small county, and people are familiar with each other, after several days of staying at home, he realized that the number of returnees is far more than that during the Spring Festival. 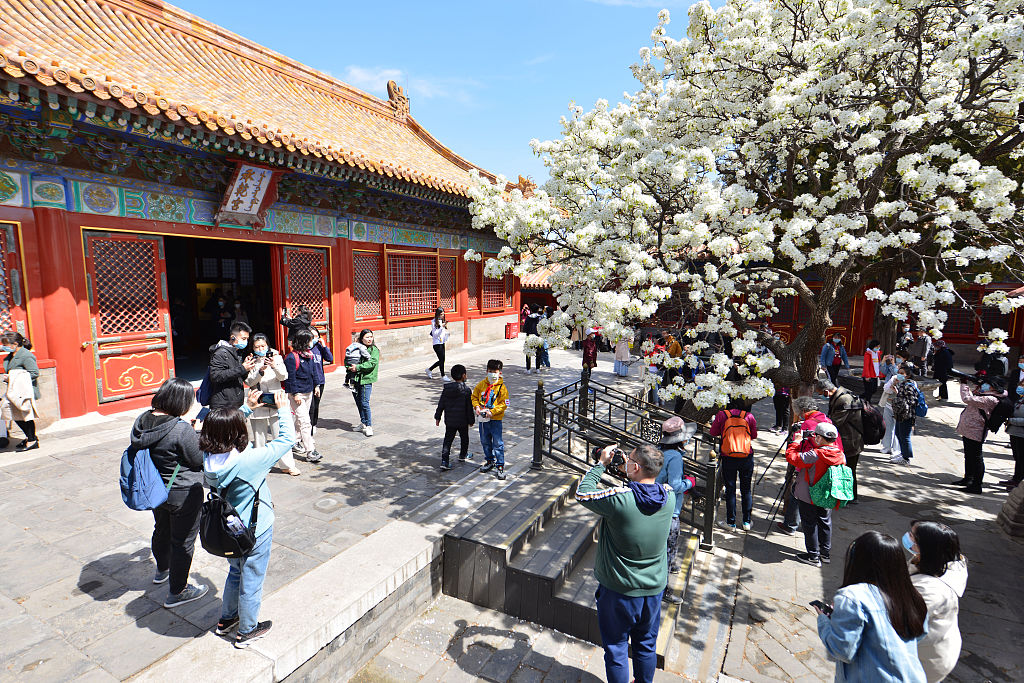 Tourists are seen in the Palace Museum in Beijing, China, April 3, 2021. /CFP

Tourists are seen in the Palace Museum in Beijing, China, April 3, 2021. /CFP

Aside from people going back home, many spend their holidays in scenic spots. Data compiled from various travel service providers showed that the number of people booking tickets at scenic spots had returned to the level of 2019. And as per Trip.com, the number has even increased 10 percent compared to that of 2019.

Song Zhigang has been running a guesthouse in the outskirts of Shenzhen for the past five years. He said that the booking hike usually comes one to two days before the holiday, but this year, he started receiving bookings for the Qingming holiday from mid-March. Five days before the festival, all rooms of his guesthouse were booked.

"For us, holidays are very important, because due to the large demands, the price is much higher than other days. Last year, I earned some money in the summer, but during the winter, I could just make my ends meet," Song said, hoping that this year will be better because more people are getting COVID-19 vaccines.

As of Saturday, over 133 million Chinese were already vaccinated and the government plans to vaccinate 70 to 80 percent of its total 1.4 billion populations by the year-end.

According to the currently available data by heads of the four major vaccine manufacturers, China could produce at least 2.4 billion doses of COVID-19 vaccines by the end of this year.

Besides, China's Sinovac Biotech, a major COVID-19 vaccine producer on Friday announced that its annual production capacity could expand to 2 billion doses, as its third production line was completed and put into production on Thursday, which means despite China exporting vaccines overseas, the doses for domestic demand is fully guaranteed.