Download
Qingming Festival: What other traditional festival foods are there besides 'Qingtuan'?
Zhang Ziyu 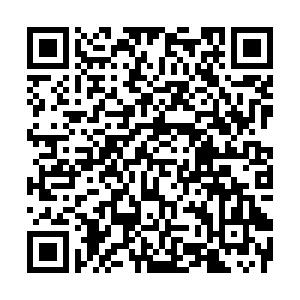 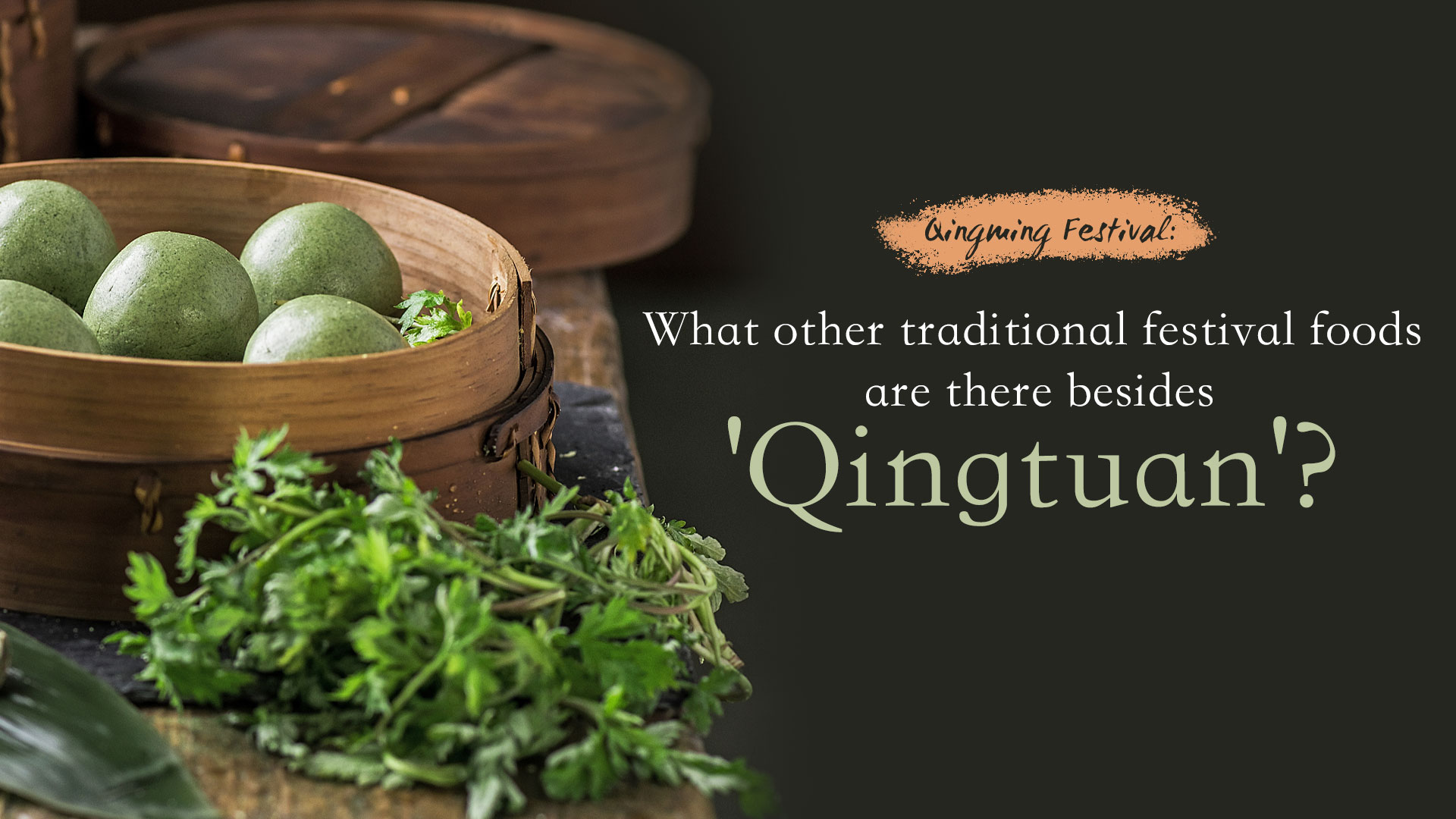 Qingtuan, or "green rice balls," are one of the most representative culinary delicacies on Qingming Festival, which falls on April 4 this year.

The Chinese people mark the festival, also known as the Tomb-Sweeping Day, by commemorating and paying homage to their ancestors by sweeping their graves, offering food and burning incense. 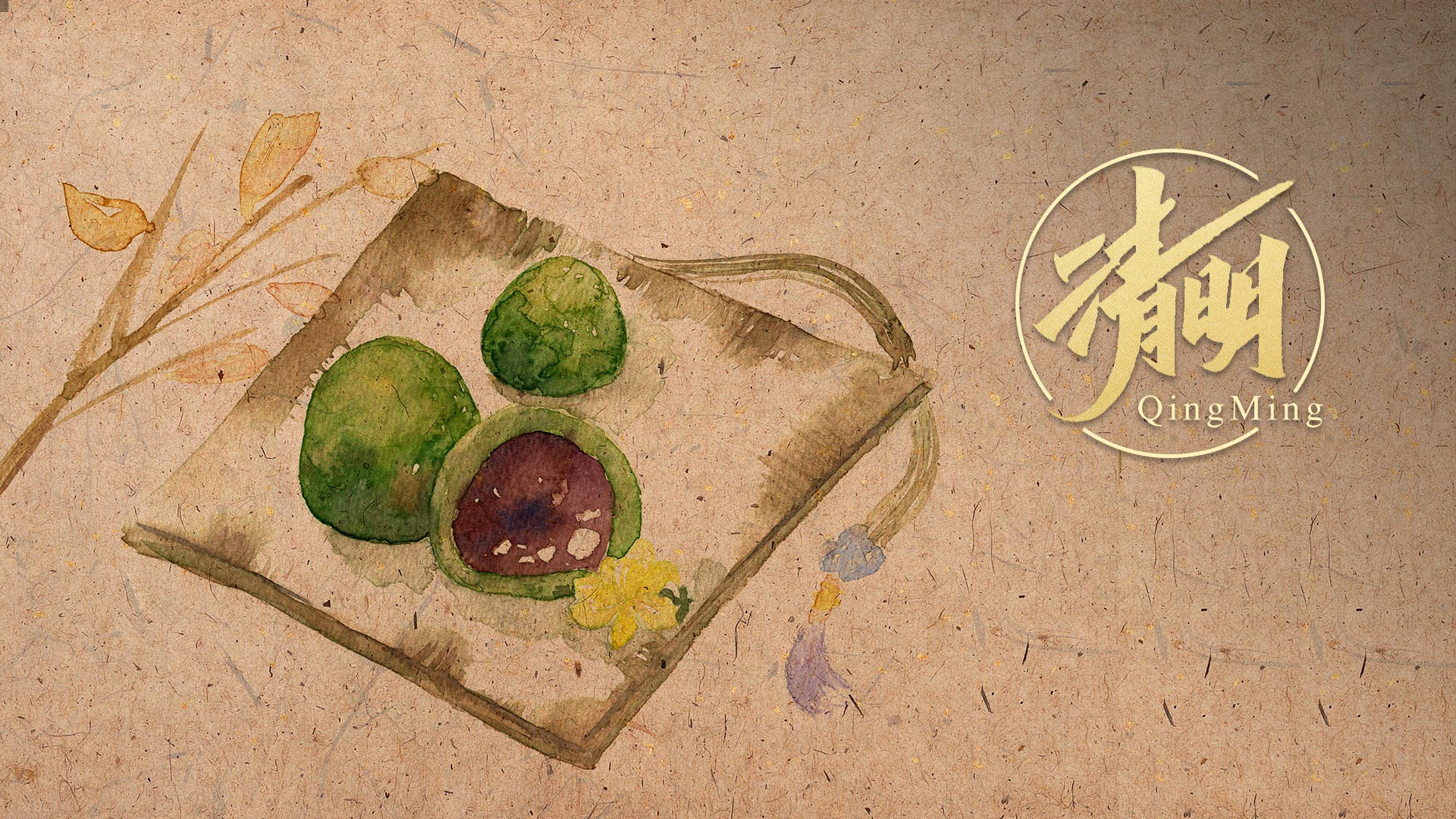 Red bean paste is one of Qingtuan's many flavors. /CFP

Red bean paste is one of Qingtuan's many flavors. /CFP

Like all Chinese festivals, food is an important part of this occasion. People across the country enjoy distinctive foods on this day per their local customs. 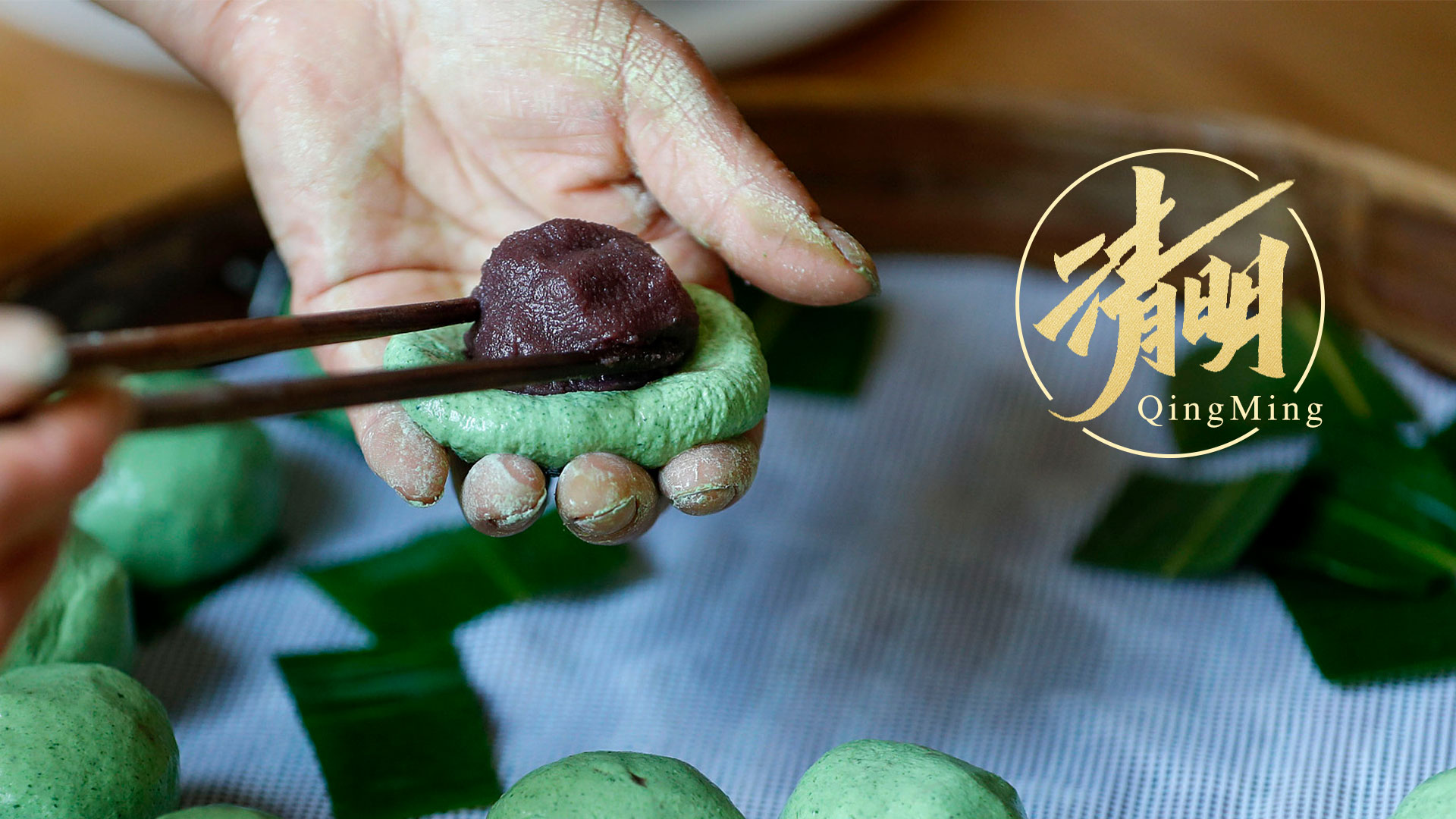 Qingtuan is considered as a must-eat traditional food during Qingming Festival. /CFP

Qingtuan is considered as a must-eat traditional food during Qingming Festival. /CFP

Qingtuan are enjoyed across the country, but there are other traditional foods that people share on the festival.

In east China's Zhejiang Province, Qingming Guo, or Qingming Kueh, is a seasonal local delicacy made of glutinous rice mixed with a blend of wormwood paste. The material is similar to Qingtuan, but it looks different.

Although hailed as "the first bite of spring," Qingming Guo is not always green; it could be yellow, white or black, depending on the ingredients which could include peanuts and black-eyed beans. And their shapes are even more varied. 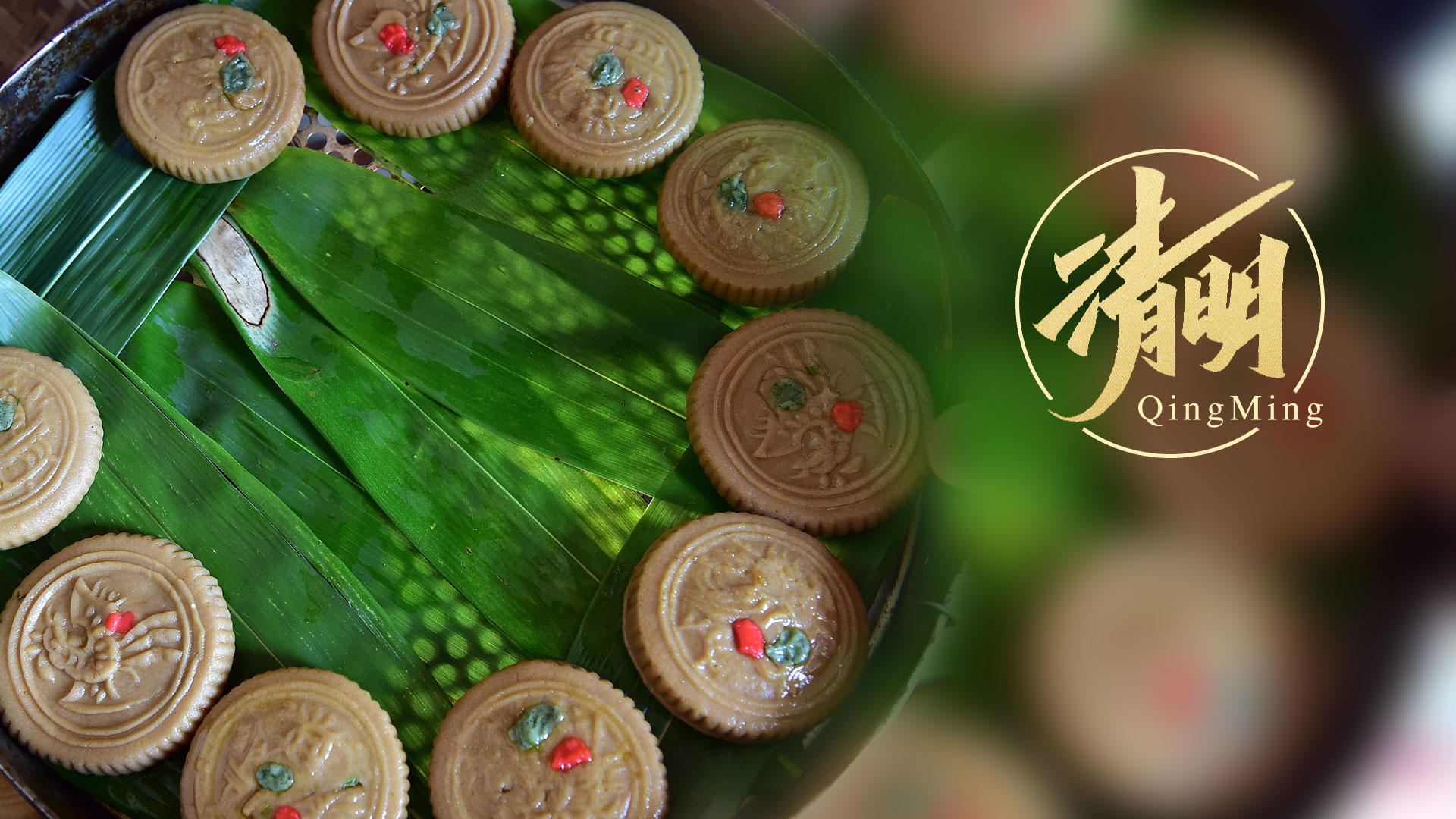 Apart from the sweet flavor, they could be stuffed with diced meat, bamboo shoots, mushrooms, red peppers, dried bean curd, pickles and other ingredients.

People in China's Jiangnan area, the region south of the Yangtze River, also eat Qingming Guo as a seasonal snack in spring. It can also be used as a gift or treat for friends and relatives.

With a history of over 1,000 years, Qingming Guo is endowed with deep connotations, and has appeared in many beautiful poems from ancient times to the present day to express poets' homesickness or nostalgia of spring.

Sanzi: From north to south

Sanzi, fried dough twist, is enjoyed by people from north to south China on the Qingming Festival. But the way it is prepared differs in different regions.

People in the north make it using wheat, while those in the south use rice or vermicelli, and it's usually a little smaller. After being fried, it can be stored for long, which makes it quite convenient to eat, carry and preserve. 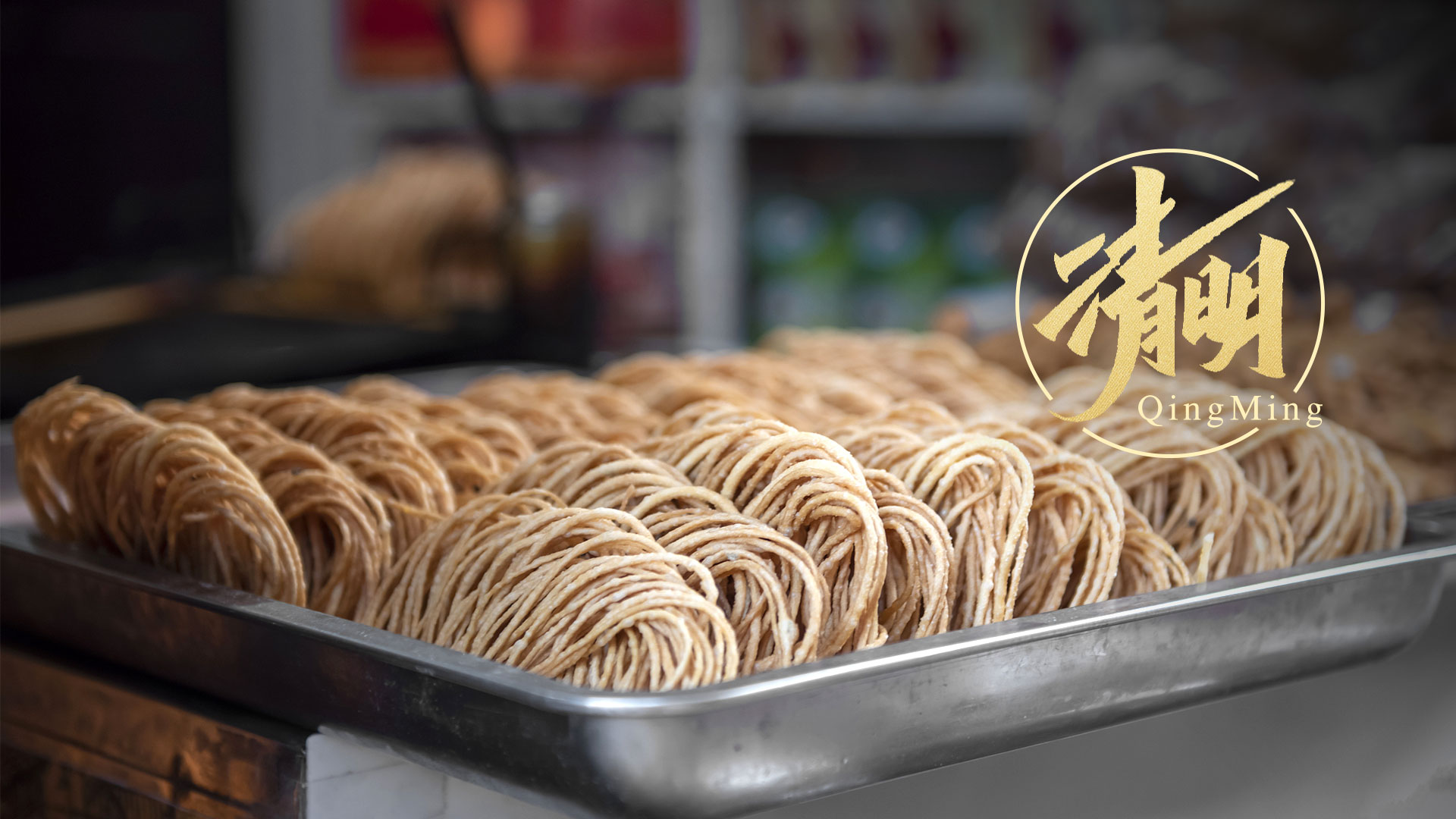 Sanzi is popular with people from north to south China. /CFP

Sanzi is popular with people from north to south China. /CFP

Named after Jie Zitui from Spring and Autumn Period (771 to 476 BCE), this bun is made with flour and jujubes. Qingming Festival is also a memorial day for Jie Zitui, a well-known patriotic hermit who died in an accident. 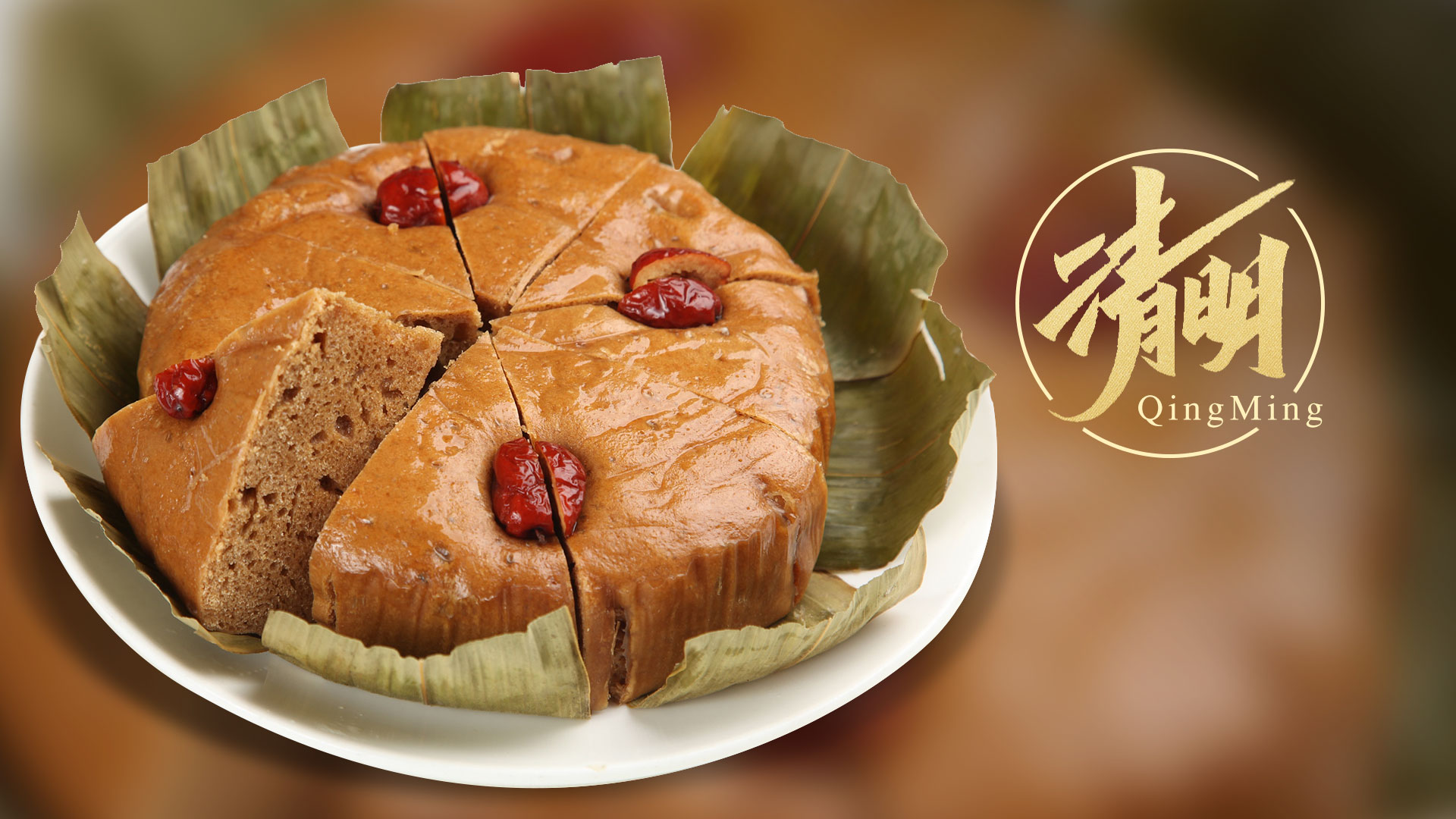 Zitui buns are usually made with flour and jujubes. /CFP

Zitui buns are usually made with flour and jujubes. /CFP

Some Zitui buns are decorated with flowers and colorful animal figurines made of dough. They get their sweetness from jujubes. As a traditional food in northwest China's Shaanxi Province, it is not only delicious, but also rich in cultural connotation.