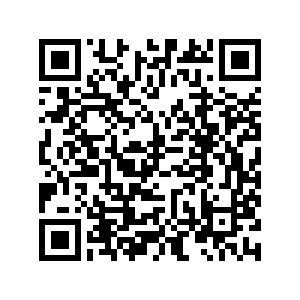 Tiger parenting is far from running out of its course in China and is unlikely going to in a while.

By the time the book "Battle Hymn of the Tiger Mother" arrived on China's shore from the U.S. 10 years ago, it had already left a trail of horror at home in the temple of hands-off education. Yet on this side of the ocean, many people this columnist talked to at the time simply shrugged it off, although for two completely opposite reasons.

Supporters of proactive parental intervention in child education thought her case was but the latest of numerous successes before her that was decorated with an Ivy-league logo. Many of her critics were convinced that it wouldn't be for long that even the most conservative Chinese parents would know better than micro-planning the future of their offspring.

Neither camp seems to have taken much notice from the other ever since, judged by what is happening 10 years later.

With the help of China's overarching social media, Chinese tiger parents have upgraded into tiger parents 2.0, found multiple reports over the past few weeks. What didn't change in 10-year time is their passion in whipping their offspring into shape and the more liberal parents' shock at it.

The earnest adults eager for their children to exceed them academically have established support groups on the popular messaging app WeChat. Together their workshop action plans on how to better occupy their children's out of classroom time and vent frustration with each other if the plans fail to deliver.

Some timetables of off-curriculum activities look really ambitious. Tennis class, go training and appreciating classic Chinese poetry and Shakespeare's sonnets were scheduled within a single morning for primary schoolchildren, revealed one of the reports, by parents who hoped the physical and mental exercises, together with honing taste for fine art could better prepare their children academically and socially.

The tiger parent 2.0 are by no means negating the health issues. For example, reporters found that among the various support groups there are several specifically for children's optimal health. Parents and, sometimes retired grandparents in the group would remind each other of the times when they should take their nose-in-book (or Ipad) children out for eye-relaxing.

It is as easy to criticize the tiger methodology now as it was 10 years ago. Their vigorous mechanism could deprive their children of the joy of learning. Social media may have deposited new means in their hands to monitor their kids' work and to bond with fellow parents in disappointment, but it doesn't change the fundamental fact that education is a science and gluing their children to the desks doesn't guarantee that knowledge will come across.

Another thorny point on which the tiger parents and their critics cannot see eye to eye is the correlation between a child's academic performance and future career success. Tiger parents believe that there is a strong positive link while their opponents are less convinced.

What has kept the debate about tiger parenting alive 10 years after it was first set off and will likely continue to do so, however, is probably the tricky business of measuring happiness.

Parents want what they believe is good for their children. Yet they can only control the most controllable factor – or so they suppose – that will enhance their children's happiness from the material side. The formula isn't complex everywhere in the world: a seat in the country's top universities will increase the chances of getting a better job which paves the way for a financially secured life. Where to start with their home education couldn't be clearer. A fancy degree and career are worth the efforts and the pain thus caused on both ends. Tiger parents often find themselves slaves of their own ambitions as much so as their children, exhausted by monitoring their children's work and taking them to weekend training sessions.

Yet the correlation between income and happiness is not always straightforward. On the positive relation between the pair, the tiger parents are correct only to a point. Behavior economy has found that gradually it takes far more financial stimulus for happiness to grow by the same measurable unit after people's income reaches a certain plane.

On social and national level, the theory is also enlightening. According to the data compiled by the UN since 2012, a 1-percent change in GDP per capita will cause only a 0.3 unit change in happiness (estimated on a scale from 0 to 10). Finland, for example, the happiest country in 2018, had a per capita income about 25 percent less than the U.S., which ranked only at the 18th in making its people happy.

Nearly 75 percent of the variance in happiness between well performing countries and the poor ones can be explained by variables such as social support, life expectancy, freedom to make life choices, generosity and freedom from corruption, wrote Seth Bertolucci, an economist of University of California, Berkeley, in 2018.

Again, things that GDP increase can help but only with higher and higher marginal cost, and that are out of control of many parents. But some believe they can prepare their children for the worst with their demanding parenting style.

Despite tiger parents' stifling approaches (many are not unaware of the shortcomings, but still insist on their necessities), there is one thing about them that the society can live with: their belief in education's power to change one's life for the better, and there is a clear path to achieve it.

Even after scientists and economists solve all the mysteries about happiness, we will still need to believe in it as aggressively as tiger.