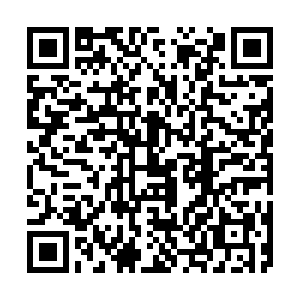 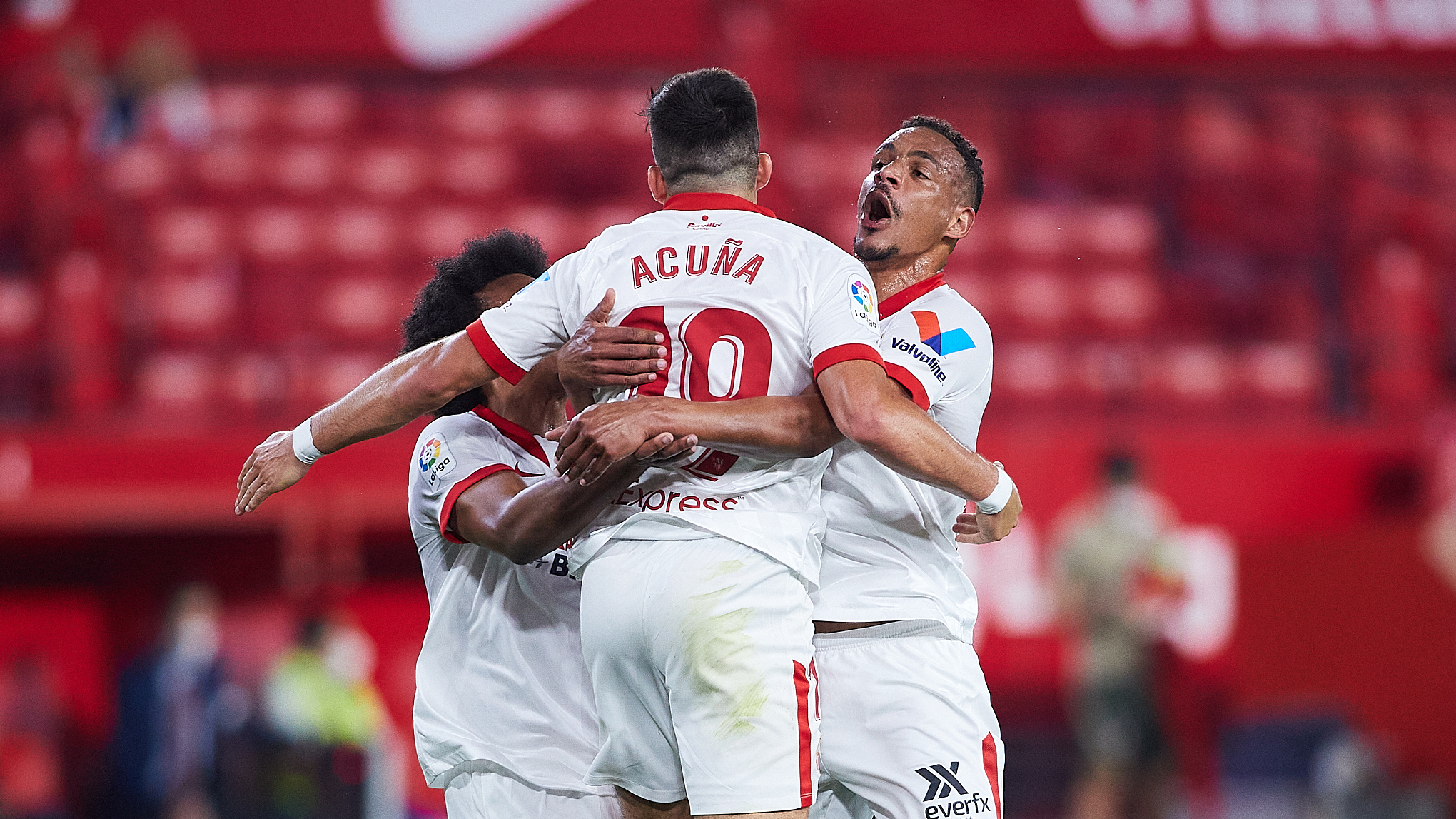 Sevilla recovered from missing an early penalty to beat La Liga leaders Atletico Madrid 1-0 at home on Sunday and hand a lifeline to title challengers Barcelona and Real Madrid.

Atletico's Jan Oblak saved a penalty for the second game in a row when he repelled Lucas Ocampos' spot-kick in the eighth minute while Sevilla's Joan Jordan hit the bar moments later in a rampant start by the hosts as the visitors looked rattled.

Sevilla finally found a breakthrough in the 70th minute when left back Marcos Acuna headed in a cross from fellow full back Jesus Navas and the referee ignored Atletico's claims that Ocampos handled the ball at the start of the move.

Atletico still top the standings on 66 points but third-placed Barcelona can move within a point of them with a win at home to Real Valladolid on Monday. Real Madrid are second on 63 after beating Eibar 2-0 at home on Saturday. 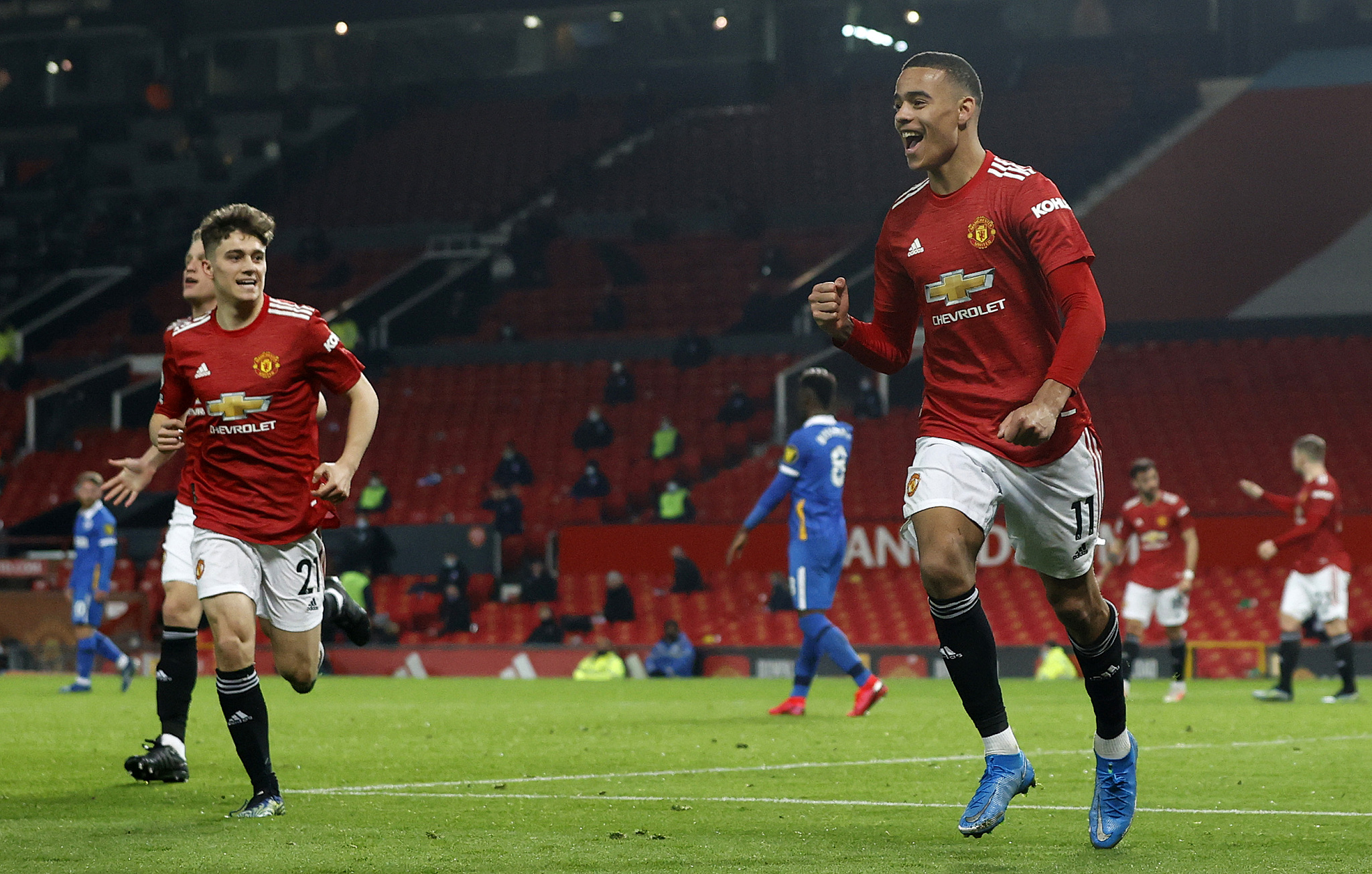 Manchester United edged closer to a top-four finish in the Premier League after Mason Greenwood headed an opportunist late winner to secure a 2-1 home win over struggling Brighton & Hove Albion.

Former United striker Danny Welbeck had headed Brighton into a 13th-minute lead before Marcus Rashford equalised in the 62nd minute and Greenwood popped up on the edge of the six-yard box to complete the Old Trafford side's comeback in the 83rd.

The result left second-placed United on 60 points from 30 games, 14 behind leaders Manchester City who have played a game more and four ahead of third-placed Leicester City. Brighton stayed 16th on 32 points, six points above the relegation zone.

United manager Ole Gunnar Solskjaer was pleased with his side's hard-fought win and said David De Gea and England's Dean Henderson, picked ahead of the Spaniard, were now neck-and-neck in the pecking order for first-choice goalkeeper.

"We had to come in at halftime and compose ourselves as we didn't create much after they scored," said Solskjaer.

"I've got two great keepers, two numbers ones. David de Gea spent a while back home and then he had internationals so he hadn't played for about a month. He'll definitely play football for us again."

Tottenham Hotspur missed the chance to move up to provisional fourth place in the Premier League after relegation-threatened Newcastle United held them to a 2-2 draw with a late equalizer from substitute Joe Willock at St James' Park.

The result leaves Spurs in fifth with 49 points, two points behind fourth-placed Chelsea, but West Ham United can go above both of their London rivals into the Champions League spots if they beat Wolverhampton Wanderers away on Monday.