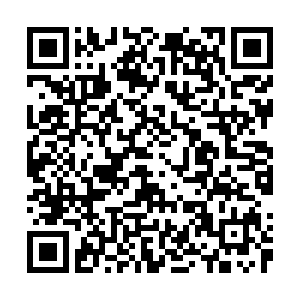 As a close neighbor to China, Japan should "show their basic respect" in China's internal affairs, Chinese State Councilor and Foreign Minister Wang Yi on Monday warned his Japanese counterpart Toshimitsu Motegi in a phone conversation.

Reiterating Beijing's stance on the Diaoyu Islands and South China Sea, Wang expressed opposition to Tokyo for meddling in China's affairs on Xinjiang and Hong Kong. "We urged the Japanese side to abide by basic criteria of international relations," Wang said.

The Chinese diplomat called on both sides to "treasure" and "preserve" the hard-won, ameliorating relationship between the two countries.

During the phone call, Wang said that in the face of the complicated international situation, China and Japan, having long been close neighbors and as the world's second and third largest economies, should conform with the trend of the times and the international trend.

Wang called on the two sides to respect and trust each other and cooperate with each other for mutual benefit, and jointly play a positive role in the cause of peace and development of the region and the world at large.

The Chinese foreign minister highlighted the four political documents between China and Japan in bilateral relations, and urged the two sides to abide by the principles and spirits established in the documents to ensure that bilateral relations do not flip-flop, stagnate or backpedal, and do not get involved in the so-called confrontation between major countries.

China hopes that Japan, as an independent country, will look at China's development in an objective and rational way, instead of being misled by some countries holding a biased view against China, Wang said.

Noting that Japan has an alliance with the United States, Wang reminded his Japanese counterpart that China and Japan have also signed the Japan-China Treaty of Peace and Friendship. Japan also has the obligation to fulfill the treaty, Wang pointed out.

The Chinese foreign minister also reiterated China's stance by saying that China stands ready to continue promoting pragmatic cooperation with Japan and supporting each other in hosting the Tokyo Olympic Games and the Beijing Winter Olympic Games.

He hopes the two sides take the opportunity of the China-Japan Cultural and Sports Exchange Promotion Year in 2021 and 2022, and next year's 50th anniversary of the normalization of diplomatic ties between China and Japan, to improve the national feelings of the two countries, and bring a stable and healthy China-Japan relationship into the next 50 years.

On his side, Motegi said that the ties between Japan and China are vital, doubling down on Tokyo's stance on continuing to develop the bilateral relationship.

The Japanese foreign minister also clarified that the Japan-U.S. alliance does not target any specific third party. Japan attaches great importance to its relations with China and remains committed to ensuring the steady development of Japan-China relations, noted Motegi.

He also echoed Wang's words by saying that Japan is willing to maintain communication with China, strengthen dialogue, enhance mutual trust and properly manage their differences, so as to create a sound atmosphere for jointly celebrating the 50th anniversary of the normalization of diplomatic ties between Japan and China.

Japan is ready to strengthen exchanges and cooperation with China in various fields, and support each other in hosting the Tokyo Olympic Games and the Beijing Winter Olympic Games, Motegi added.