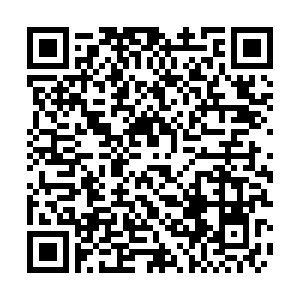 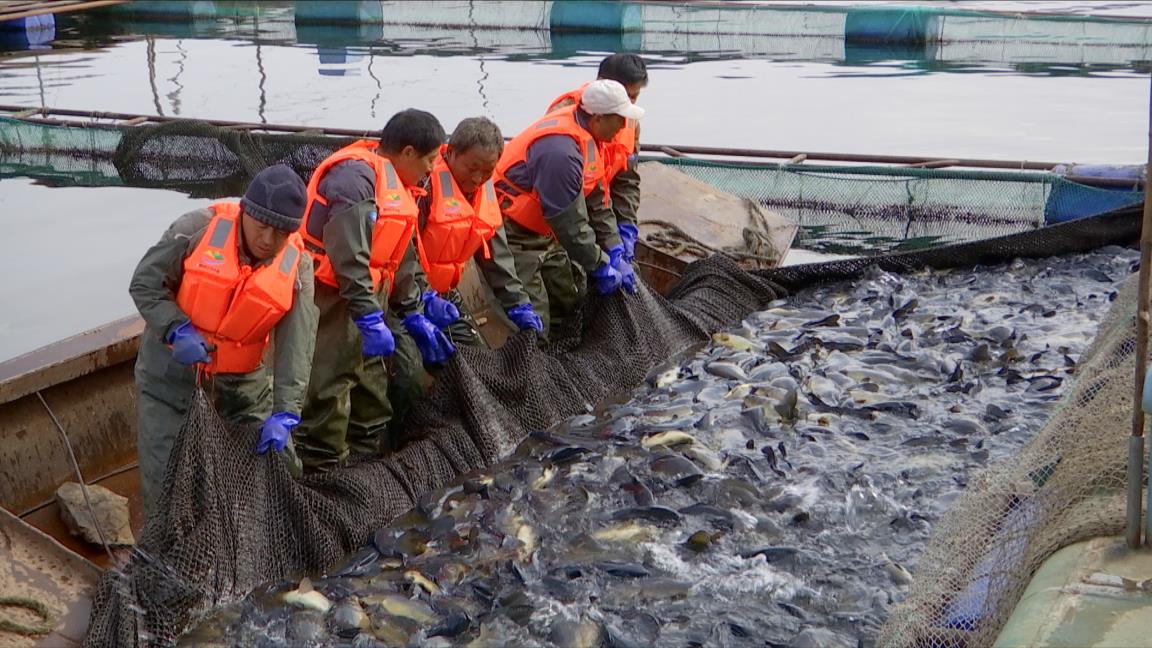 With the Yalu River thawing, fishermen in the Chinese border town of Kuandian, near the Democratic People's Republic of Korea, are welcoming a new season and one of their busiest times of the year.

"This one goes to my customer in Shenyang. The order is around 24,000 jin (12,000 kilograms)," he said, smiling as he pointed to a truck equipped with water tanks next to him on the ferry. 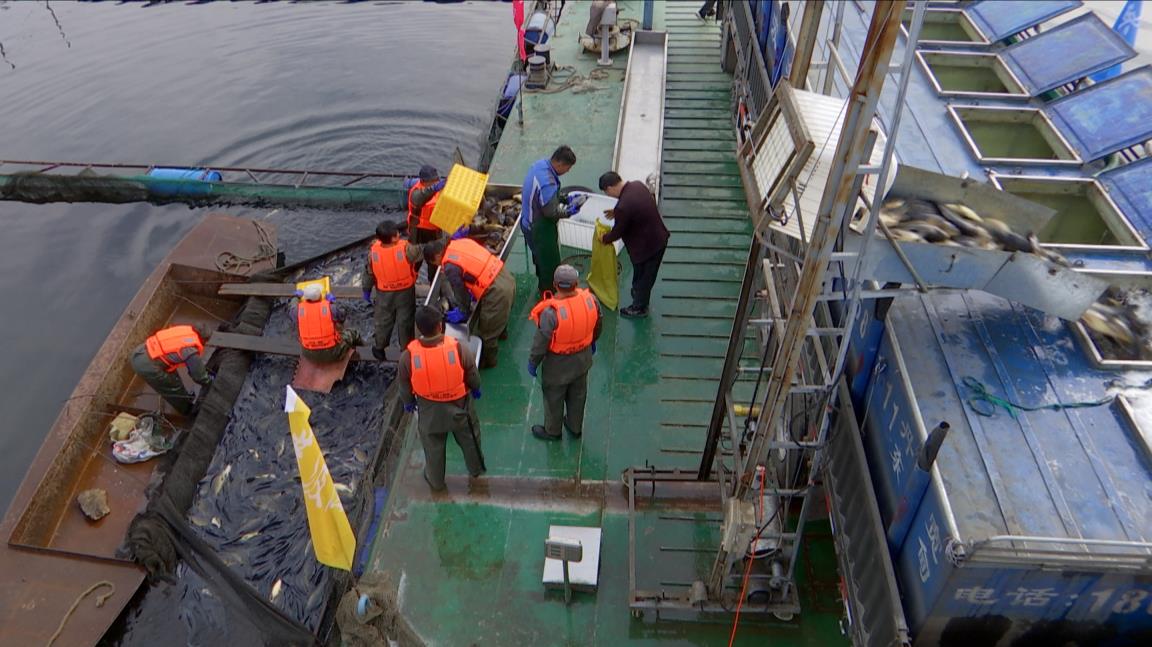 Workers load up a truck on a ferry with fish. /CGTN

Workers load up a truck on a ferry with fish. /CGTN

While the farmers are busy harvesting their first batch of spring fish from netted cages floating on the river to meet market demand, Kuandian's fishery department has been keeping tabs on farming conditions to protect the Yalu River's water quality.

"We enforce the fishery law and Kuandian county's breeding plan to keep the scale of farming under tight control," said Wang Yanni, head of the office of fishery and fisher administration.  "We pushed the upgrade of netted cages to pursue green development of fish farming and put more filter-feeder fish in the water."

According to the Kuandian Bureau of Agriculture and Rural Affairs, the county releases 5 million silver carps into its reservoirs – home to nearly 90 kinds of fish – every year to help eat the plankton and clear the water. 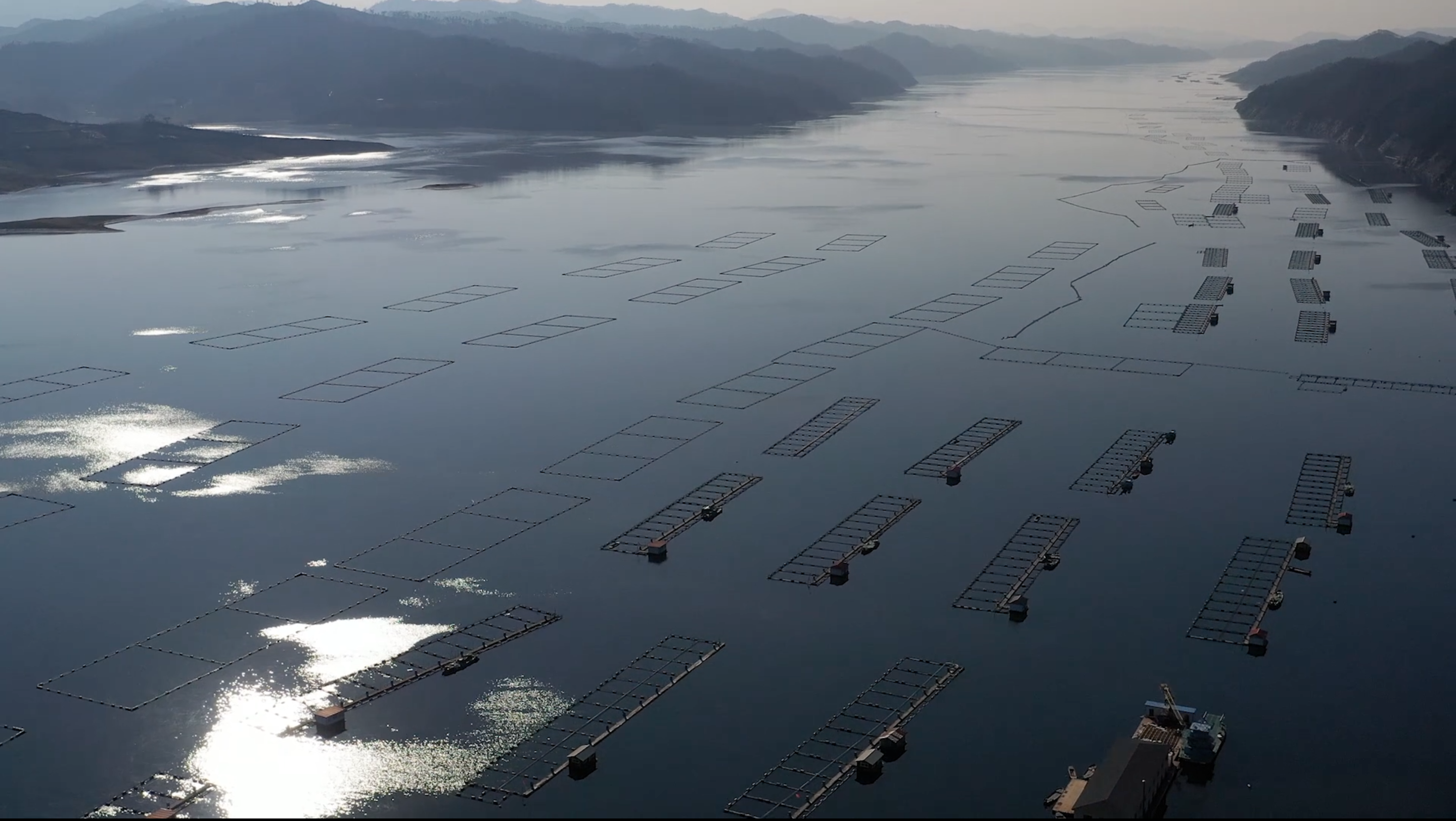 An aerial shot of fisheries on the Yalu River on the China-DPRK border. /CGTN

An aerial shot of fisheries on the Yalu River on the China-DPRK border. /CGTN

Another natural advantage of having fisheries on the river is the constantly flowing oxygen-rich water that provides a favorable living environment for the fish.

"The Yalu River's water quality has reached level two of national drinking water standard. We have also picked the strongest fish for breeding over 16 years and improved their survival rate, so we don't need to use any antibiotics," said Luo. "Instead, we mix traditional Chinese medicine herbs, such as ban-lan-gen, or Radix isatidis, traditional herbal medicine in China, and ginseng roots into the food to beef up the fish."

Luo's spring harvest has been shipped to cities, including Beijing, Shanghai and Shenyang and countries like South Korea. While the South Korean customers tend to slice the fish and eat it raw, fishermen in Kuandian stew it in the traditional northeast China way – in a big wok.

"I hope one day people all over the world can enjoy the safe, tasty and healthy freshwater fish from Yalu River," said the fisherman's son with pride.