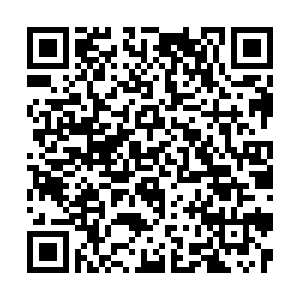 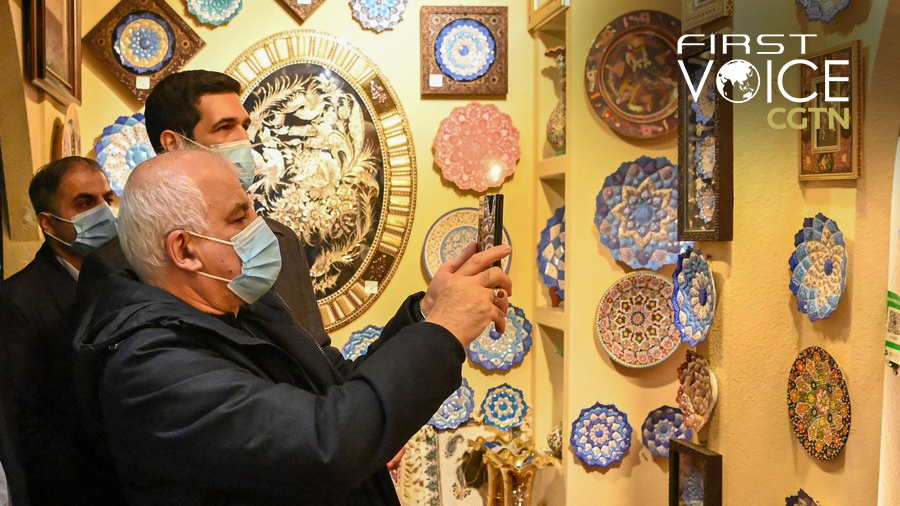 As the four-day visit to China's Xinjiang Uygur Autonomous Region by more than 30 diplomats from 21 countries has ended, critics and rumor-mongers about China's policy in the region should cease all the wild accusations and fabrications. The irrefutable conclusion is that the mainstream Western narrative on Xinjiang stands discredited.

Vladimir Norov, the secretary-general of the Shanghai Cooperation Organization and a member of the delegation, was amazed at how staple products significantly boosted the region's development. According to China's official statistics, Xinjiang's GDP between 2014 and 2019 grew from 919.59 billion yuan (about $140 billion) to 1.36 trillion yuan and averaged an annual growth rate of 7.2 percent prior to the COVID-19 pandemic. However, beyond the statistics and symbolism were plenty of other takeaways debunking the myths perpetrated by Western media outlets and statesmen on China's policy in the region.

The envoys also visited the Nazarbagh Town of Kashgar and interacted with locals from different classes of society. They shared favorable views on China's policies directed at the socioeconomic development of the region. Interactions also included visits to schools, enterprises and mosques in the region by the envoys of Nepal, Malaysia, Azerbaijan and Iran. They acknowledged that Muslim residents did not encounter any inhibitions toward freedom of religion. 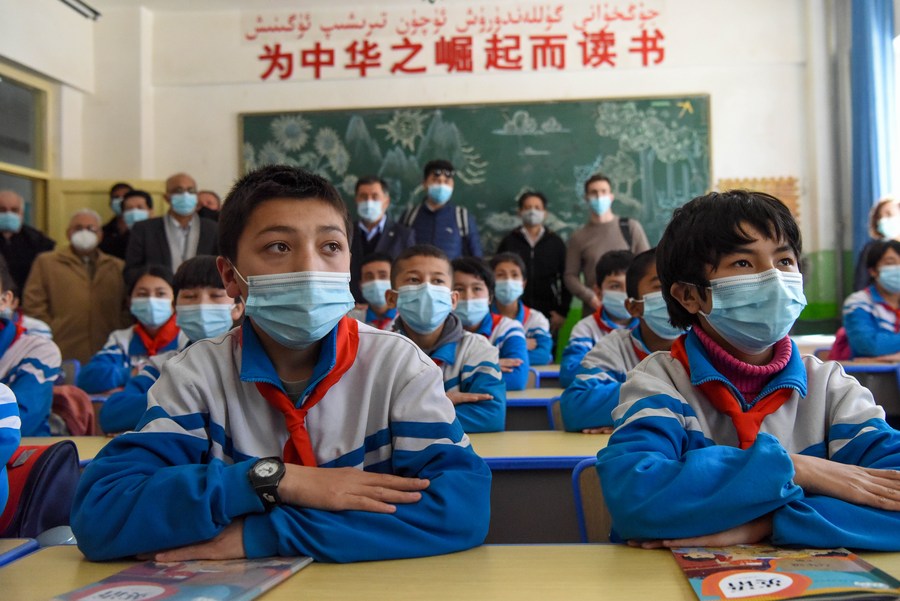 During their visits to rural water supply stations in Payzawat County, the chairman of the regional government, Shohrat Zakir, said Xinjiang had transformed significantly in the last four years in the absence of terrorist incidents. His claim is a testament to the Chinese government's and Xinjiang residents' commitment to fighting terrorism that has wrought massive damage on the population and the region's socioeconomic development.

The envoys also came to a mutual understanding that vocational training and education provided new avenues of livelihood for the people of Xinjiang, contributing toward peace and development in the process. Charge d'Affaires ad interim of the Russian Embassy in China, Ivan Zhelokhovtsev said he did not witness any of the issues, such as mass torture or suppression of the population, that Western media had peddled during his stay. Instead, textile enterprises in prefectures such as Aksu employing modern machinery to increase productivity and contribute to the local population's livelihoods were the common sight.

The truth is that only through respectful bilateral cooperation can a deeper understanding of regional dynamics and respect for other state's narratives on issues be materialized. A holistic understanding of case studies such as Xinjiang cannot be developed otherwise. Some of the U.S.' staunchest allies, such as Australia, have either been reluctant to or snubbed attempts to follow in the U.S.' footstep to put the "genocide" stamp on China's policy in Xinjiang.

Furthermore, disparaging Chinese diplomats for defending the reality of Xinjiang in the face of vindictive campaigns and castigation will not detract from the fact that the reality in the region is starkly different from what is depicted in Western discourse. The views and takeaways of top dignitaries stand in defiance of tirades and smear campaigns. Western allegations lack fact, merit and personal experiences. The diplomats' visit is a vindication of China's stance on Xinjiang.