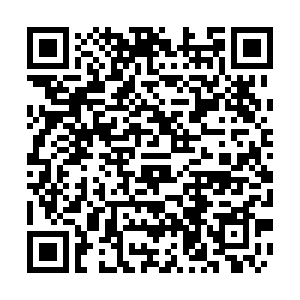 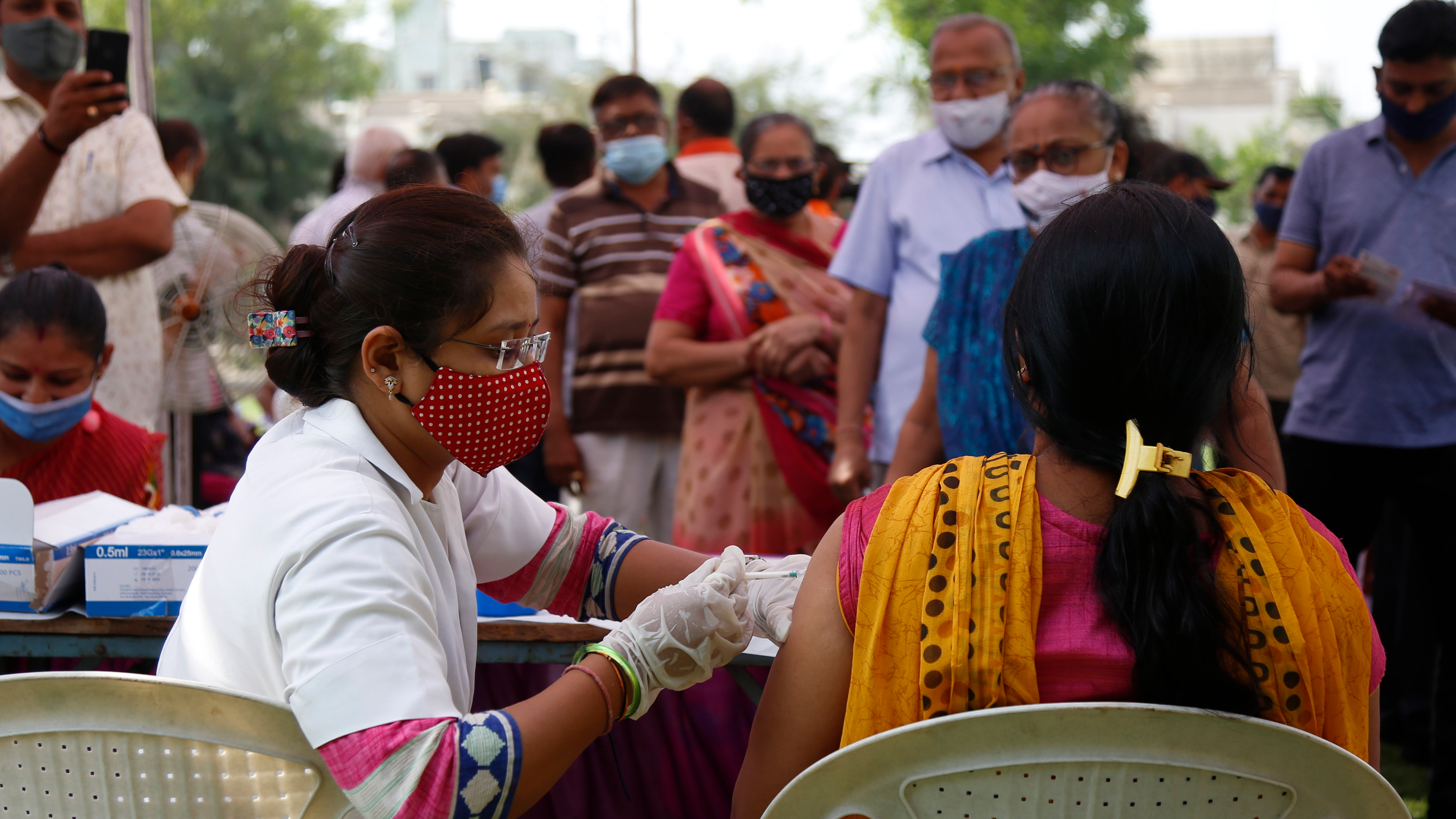 A health worker administers the COVID-19 vaccine at a residential area in Ahmedabad, India, April 4, 2021. /AP

A health worker administers the COVID-19 vaccine at a residential area in Ahmedabad, India, April 4, 2021. /AP

India's richest state, Maharashtra, announced stringent COVID-19 restrictions from Monday, after a rapid rise in infections now accounting for more than half of the country's daily new cases.

The state will shut shopping malls, cinemas, bars, restaurants and places of worship from Monday evening.

Maharashtra, which accounts for less than one-tenth of the population, accounts for 57 percent of total cases and 47 percent of deaths in the country in the past 14 days, according to health ministry data.

Mumbai in Maharashtra reported the highest single-day spike in coronavirus cases since the beginning of the pandemic after recording a total of 11,163 cases in the last 24 hours.

The state government also announced new restrictions including a night curfew in the state and a "strict lockdown" over the weekends from Friday 8 p.m. to Monday 7 a.m. amid the unprecedented surge.

Millions of migrant workers travel from across India to secure jobs in the western state that accounts for about 16 percent of India's economic output.

Maharashtra's Chief Minister Uddhav Thackeray met with industrial companies before announcing the restrictions, according to a statement from his office.

Nawab Malik, a minister in the state government, told reporters after a cabinet meeting said industrial operations such as manufacturing and construction activity would be allowed to continue as usual. 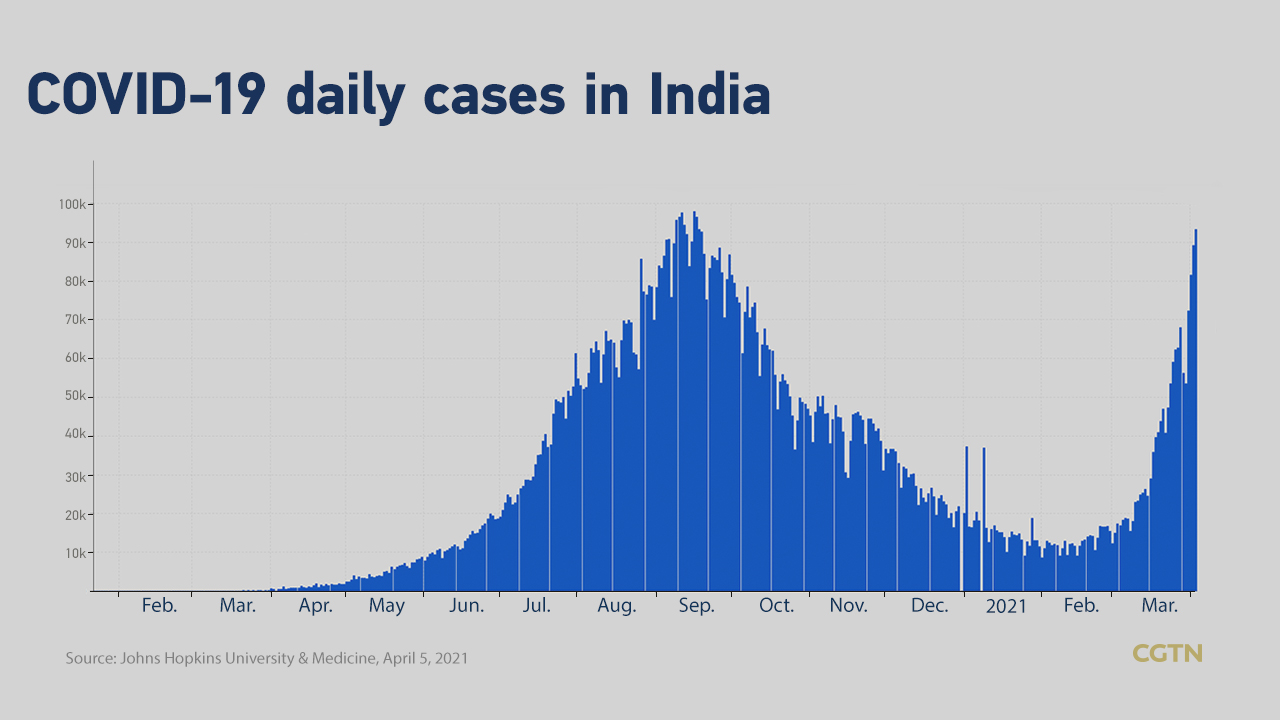 India launched its national vaccination campaign in January, so far, over 73 million people have been inoculated. But the immunization program hasn't reined the tide.

The country saw the biggest daily surge in COVID cases since mid-September with 93,249 new infections, according to data from the federal Health Ministry.

At the end of the meeting, the prime minister's office said in a statement that the central government is sending a team of pubic health specialists and clinicians to the states seeing latest surge of COVID cases.

The statement of the "contribution of mutant strains in the surge in some states" in not clear, but the importance of staying vigilance remains the same.