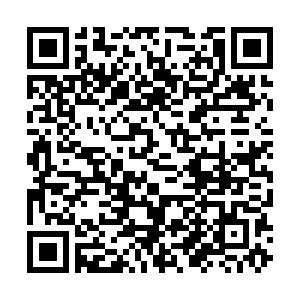 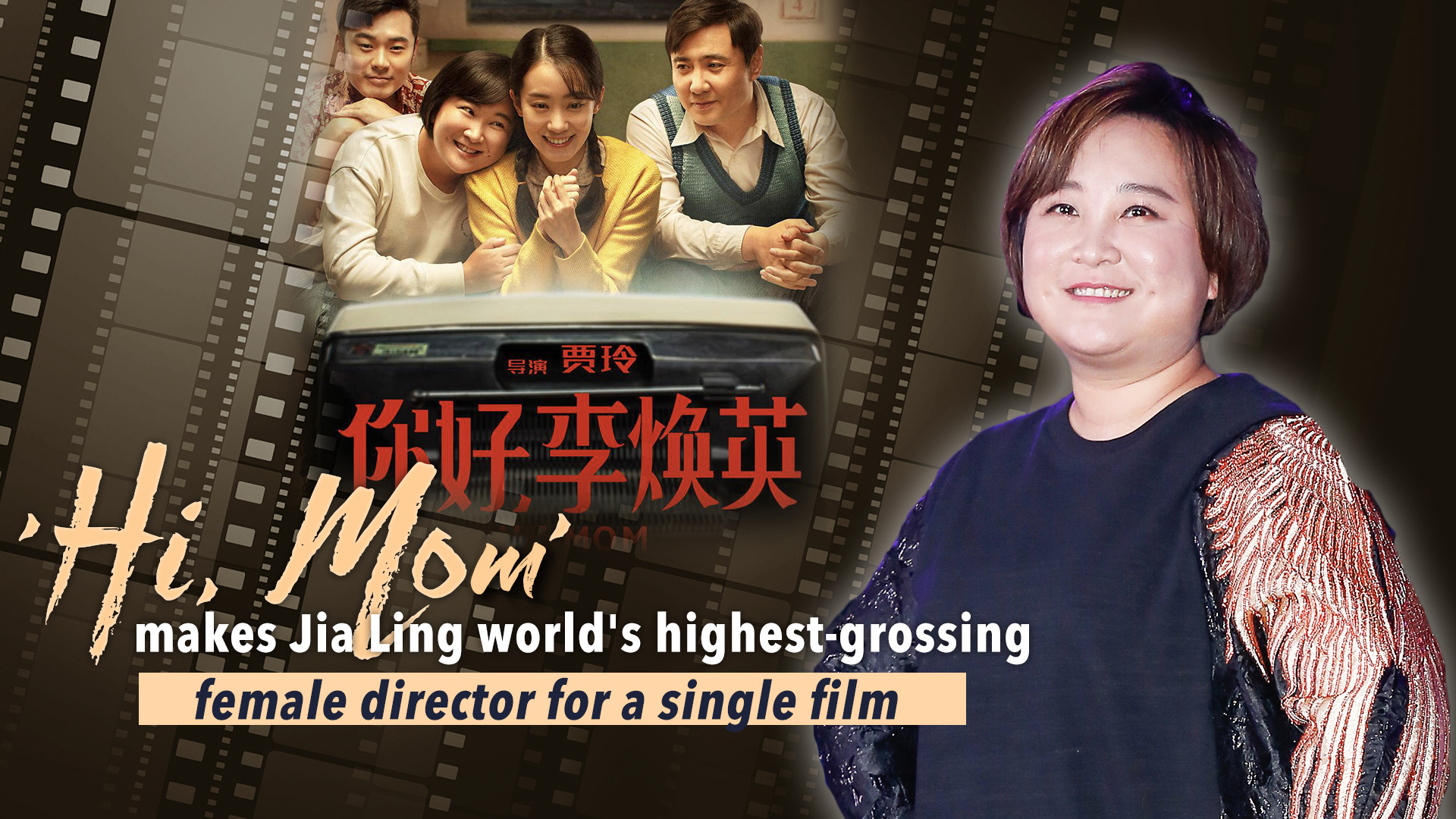 The achievement was made 54 days after its release on February 12, the first day of Chinese New Year. "Hi, Mom" is currently the second highest-grossing film at the all-time China box office chart only after the 2017 action-adventure film "Wolf Warrior 2" (5.69 billion yuan), according to China's movie-ticketing platform and box office tracker Maoyan. They are the only two domestic-produced films among the top 100 grossing films worldwide.

Can the success of 'Hi, Mom' be copied?

"Hi, Mom" is the maiden directorial project of comedian and actress Jia Ling. It stars Jia, who was saddened by her mother Li Huanying's accidental death, magically transported back to 1981 to become a friend of her mother and tried her best to delight and project a better life for her mother.

With its good reputation going from mouth to mouth after release, it surpassed the strong competitor "Detective Chinatown 3" and other five newly-released domestic titles to champion the daily box office in a few days, and kept the advantage for weeks until 2009 American epic sci-fi film "Avatar" re-released in China on March 12.

Although the theaters across the country capped the maximum attendance rate from 50 to 75 percent around the Spring Festival, the film still attracted 120 million theater views and got a relatively high rate of 8.1 out of 10 by nearly one million people on the review platform Douban. 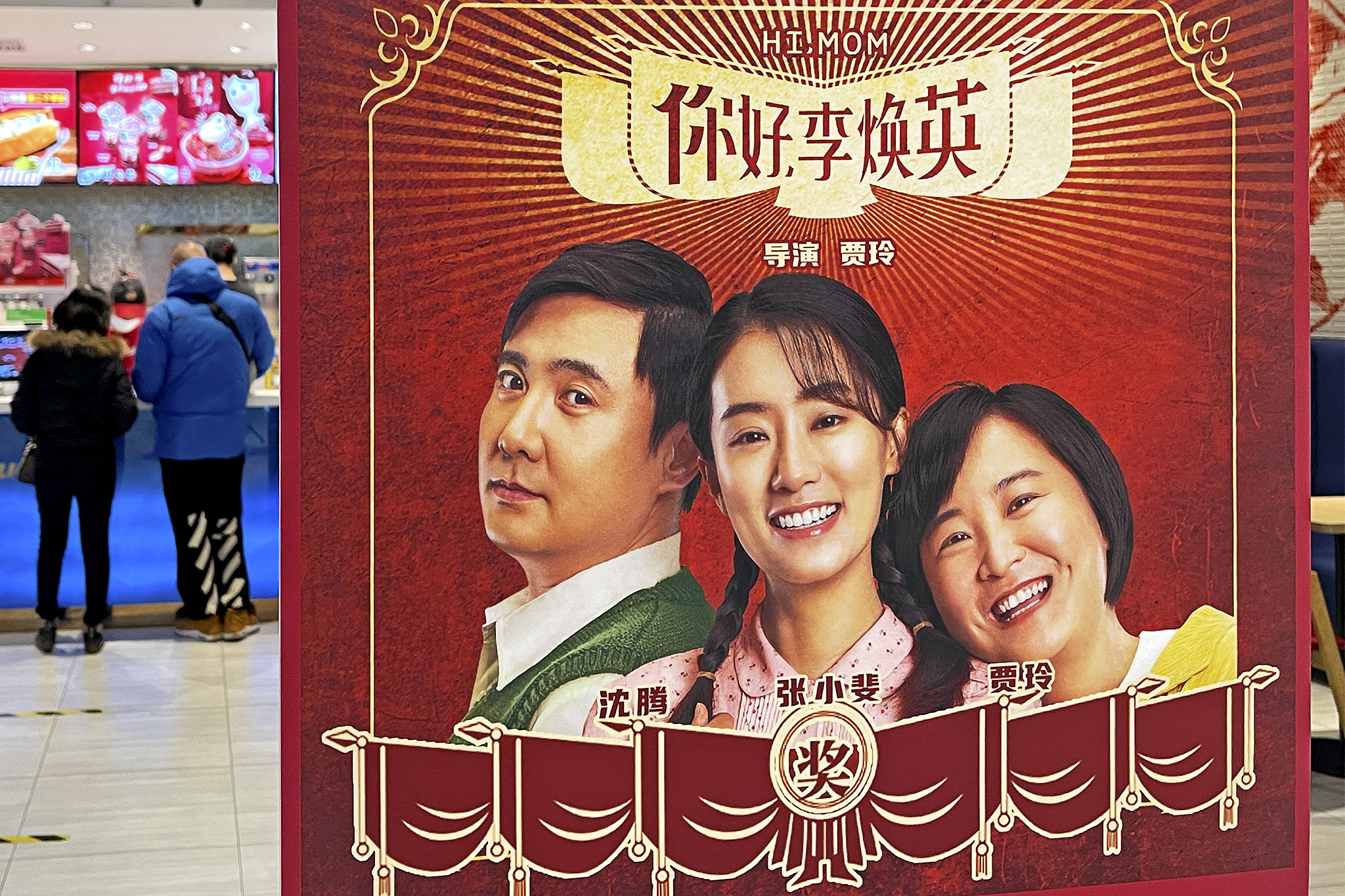 "Although the film has a strong individual mark, it causes many people's empathy," said professor Tian Huiqun at the School of Arts and Communication of Beijing Normal University, adding that it is hard to copy the film's success since Jia and the film itself cannot be reproduced.

Tian explained that the film and Jia's real life has an "intertextual mirror relationship." As a popular star, Jia's road to fame is known to many, and the film visualized her story to some degree. "On the screen, audiences witnessed Jia's tribute and attachment to her mother and how her mother's love nurtured her growth; Off the screen, audiences saw how Jia chose a different life from that of her mother and stood out among many unknown women like Li Huanying," she said.

Tian also attributes the film's success to Jia's adoption of punchlines in some comedy sketches, which she is excelled in as a comedian, and creates a reunion atmosphere during the Spring Festival to draw families to walk into the theater.

With the film's release date being extended until April 11, Maoyan predicted that "Hi, Mom" will gross more than 5.4 billion yuan by then. 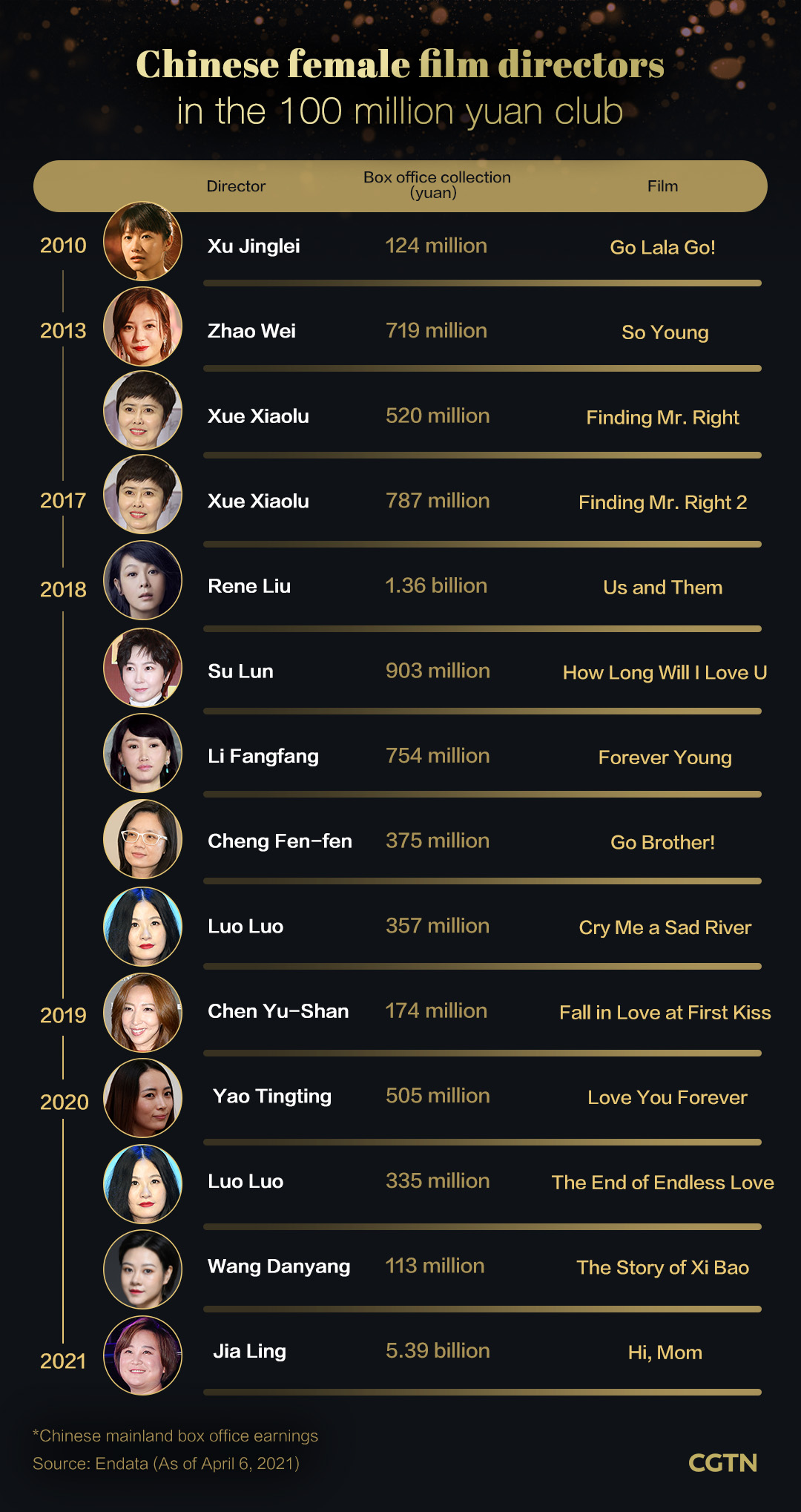 The success of "Hi, Mom" also became a milestone to mark the growth of "She power" in the man-dominated film industry in the last decade.

The 2010 romantic comedy film "Go Lala Go!" which depicts a woman climbing the corporate ladder, raked in 12.4 million yuan In 2010. It made Xu Jinglei the first female Chinese director to cross the 100-million-yuan box office mark in history.

Since then, a total of 14 female Chinese directors earned more than 100 million yuan with their solo films, including Xue Xiaolu and Zhao Wei. And Rene Liu's 2018 romance drama "Us and Them" topped the list at 1.36 billion yuan before 2021. 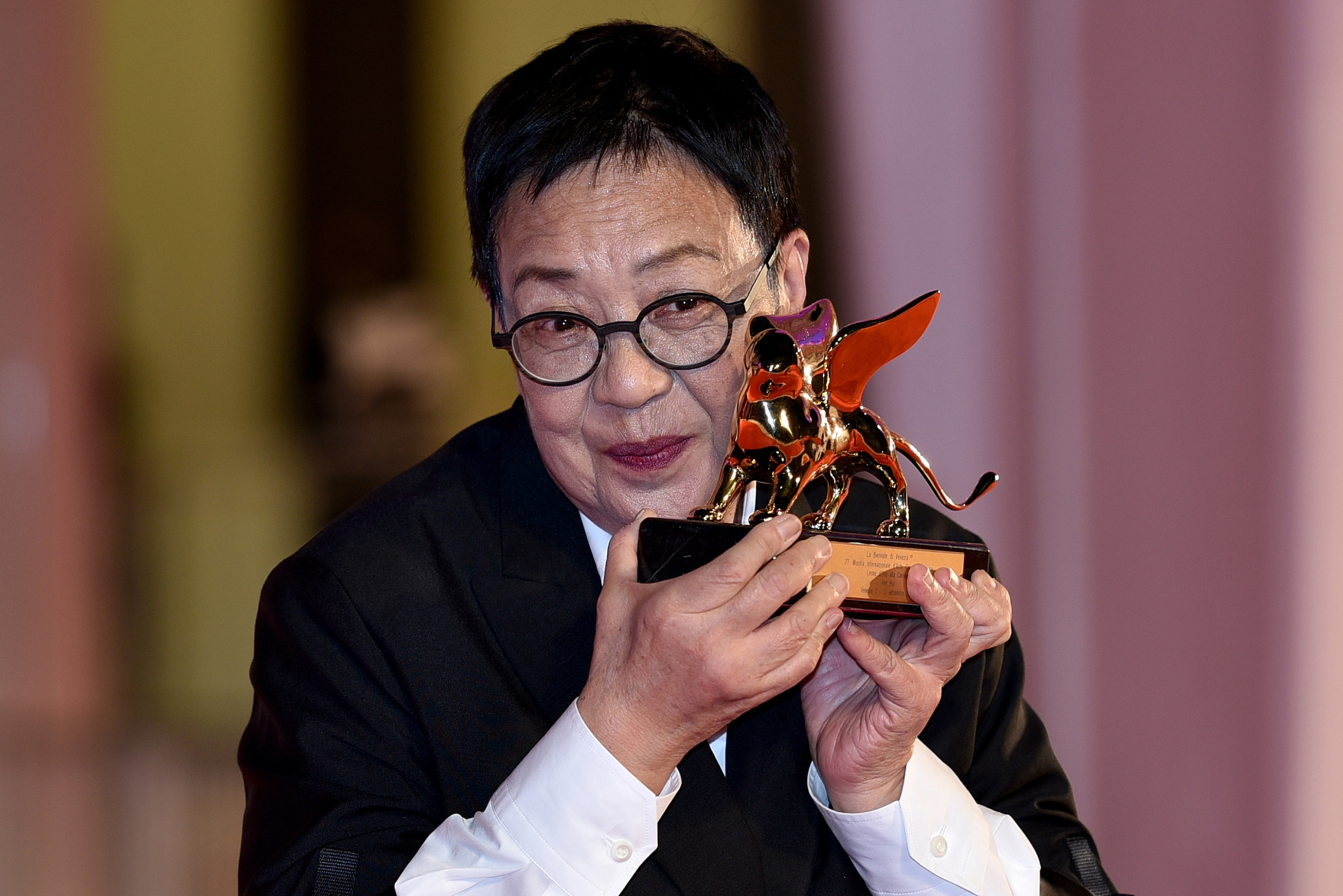 The acclaimed Hong Kong New Wave filmmaker Ann Hui, whose representative works include "Our Time Will Come" and "The Golden Era," won the Honorary Golden Lion for Lifetime Achievement at the 77th Venice International Film Festival in 2020.

Although "She power" has grown in the industry, the big hit of "Hi, Mom" still surprised many. And some film critics say that the film's success is just because people are interested in women topics for the time being, and the capitals are taking advantage of that.

"Women creating films is still not an easy task," Dong Yige, assistant professor in the Department of Global Gender and Sexuality Studies at University at Buffalo—​SUNY, told the Paper, "Why not to use female audiences' power to push the women creation?"