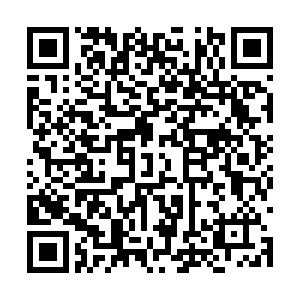 At a press conference, Wang Langtao, deputy head of the regional High People's Court, revealed more details of several events that appear in CGTN's exclusive documentary "The war in the shadows: Challenges of fighting terrorism in Xinjiang," which was released last Friday.

The documentary told the stories of "Two-faced persons" – local officials who used their power to secretly aid activities of terrorism, separatism and religious extremism. One such person was Shirzat Bawudun, former deputy Party secretary of Xinjiang's Political and Legal Committee.

While working as a police officer in Moyu County, he was commended as a "counter-terrorism hero" after being wounded in an operation and was subsequently promoted as head of the local public security bureau in the county. As he climbed the career ladder of the public security system in Xinjiang's Hotan Prefecture, Bawudun approached influential religious figures who promoted extremist ideologies and took them under his wings.

While dreaming about separating Xinjiang from China, Bawudun contacted the East Turkestan Independence Movement (ETIM). The terrorist organization as designated by the United Nations changed its name to the Islamic Party of Turkistan, or TIP, in 2014 and is responsible for committing numerous terrorist attacks in and outside China. Bawudun was convicted of 10 crimes and sentenced to death with a two-year reprieve.

The press conference also revealed that a total of 2.32 million Uygur students and tens of thousands of teachers had used problematic textbooks for 13 years, which contains materials that promote the views of religious extremism and incite ethnic hatred.

As with previous CGTN documentaries on the fight against terrorism in Xinjiang, mainstream Western media have dismissed the latest production as state propaganda.

"China intensifies Xinjiang propaganda push as global backlash grows," says one headline of Financial Times. The New York Times called the documentary "Beijing's wide-ranging new propaganda campaign to push back on sanctions and criticism of its oppression of the Uygurs."

Western media have always displayed bias regarding Xinjiang, according to Zhou Weiping, a Xinjiang researcher at the Chinese Academy of Social Sciences. Zhou, who accompanied journalists from the BBC on reporting trips, said they often cherry-pick information and intentionally mislead the audience when it comes to Xinjiang.

"The BBC, for example, was given full access to factories they wanted to visit in Xinjiang. Given such an opportunity, they only went around the perimeter and photographed the barbed wires without even bothering to check out what's going on inside," Zhou said.

"As a result, the Western audience generally have developed a negative impression (about Xinjiang and China)."

The latest production has also drawn disapproval from China critics online. One segment of the part about problematic textbooks shows a plot from the problematic textbooks. While explaining the part, a female interviewee, who worked as an employee at the publishing house, in the documentary describes that "Han soldiers force heroic Uygur girls to jump off a cliff to their death."

On overseas social media platforms, some people claimed that the Uygur language textbook actually writes it was "Manchu soldiers, not Han soldiers," implying that the documentary is exaggerating the problem of the textbook.

"It is the narration of the interviewee," said Han Bin, director of the documentary. "During the shooting, we did not interfere in what the interviewee was saying for reasons of fairness and objectivity."

"Imagine, if the documentary modified the interviewee's quotes, what would those anti-China forces say? They would say we were forcing them to talk. It mirrors an old saying: 'Whoever wants to condemn someone can always trump up a charge'," Han added.