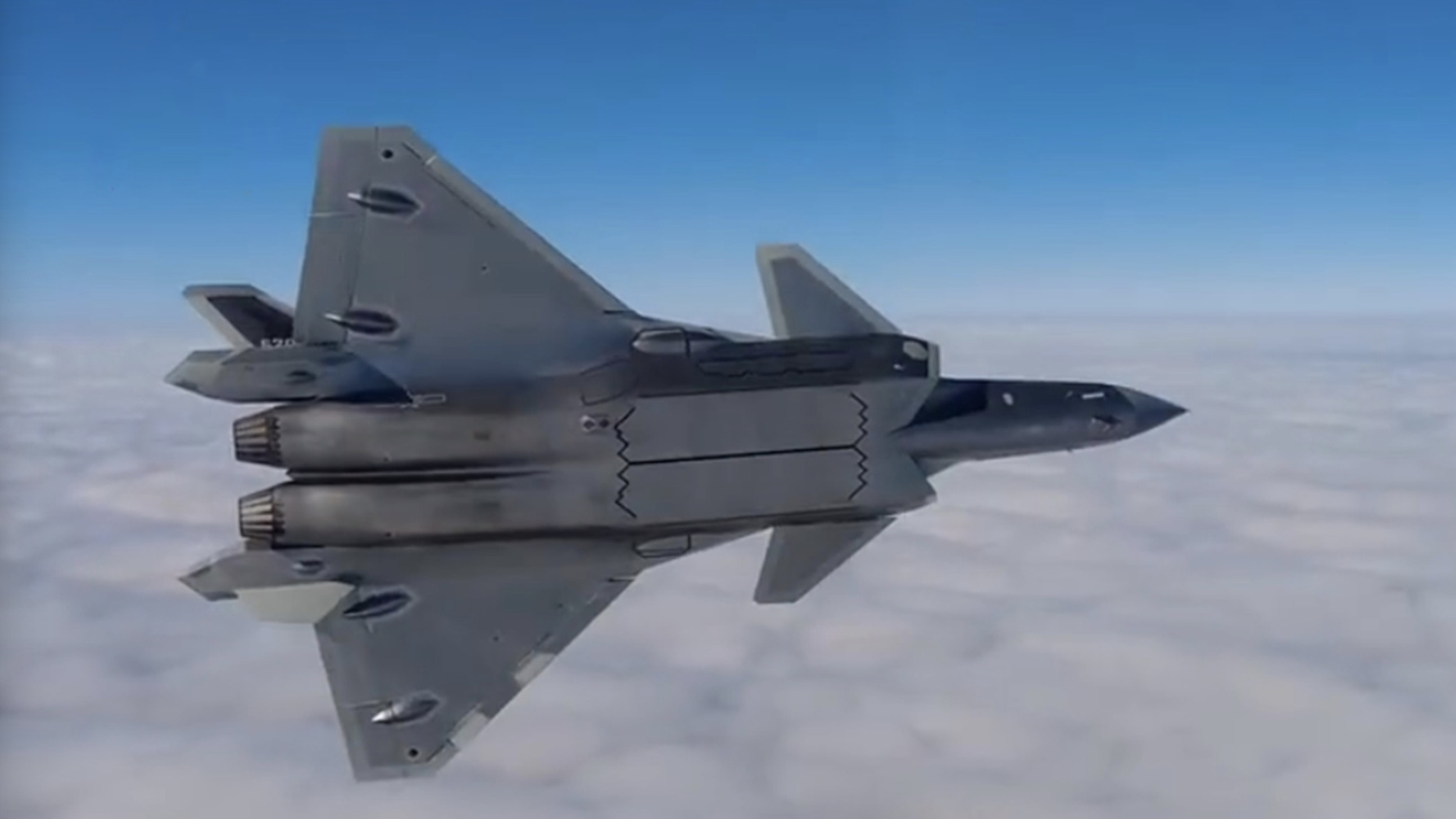 The J-20, China's most advanced and stealth-capable fighter jet of the Chinese People's Liberation Army (PLA) Air Force, has entered the next level of combat readiness after flying publicly without a Luneburg lens, according to video footage released by China Media Group (CMG) on Monday.

In the 14-second footage shot on Sunday, J-20 jets pilots paid their respects to the heroic Chinese pilots who fought in the Korean War (1950-1953) by making aerial maneuvers during China's Qingming Festival or tomb-sweeping holiday.

Some frames in the video showed that the J-20 was not equipped with a Luneburg lens, a small device used to intentionally expose a stealth aircraft to others in situations like training or non-combat flights. The lines of the aircraft's side missile bay also appear different from previous J-20 fighters, according to a military expert, who asked to remain anonymous.

The expert said radar is often needed to track stealth aircraft during regular training exercises to monitor the fighter jets' maneuvers and assess training results, adding that in other non-combat scenarios like transit flights, making stealth aircraft known to others can avoid accidents.

In previous reports on the J-20, the stealth aircraft used to carry the lens under its belly. According to the military expert, the lens' removal suggests the battle-readiness of the J-20, as without the lens, the craft can engage in a real combat scenario-oriented mission.