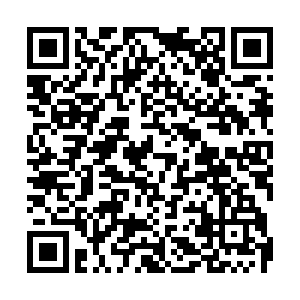 Major changes include enlarging the Election Committee's (EC) seats and roles, as well as expanding the size of the Legislative Council (LegCo).

The size of the EC will be expanded to 1,500 members, divided into five sectors with new sub-sectors, increasing the number of important representatives in the economic, social and livelihood fields.

Joining the EC for the first time are 27 representatives Hong Kong residents of associations on the Chinese mainland, as well as 15 members of small and medium enterprises and 60 representatives of grassroots groups.

He Junzhi, deputy head of the Chinese Association of Hong Kong and Macao Studies, said the new arrangements for the HKSAR's electoral system enable it to take into account the concerns and interests of various sectors in a comprehensive and balanced way, which is in line with the actual circumstances of Hong Kong.

"Some of the sectoral settings also echo the future needs of Hong Kong's economic and social development, such as the creation of a new technology and innovation sub-sector in the 'The Professions Sector,'" He said.

Major changes are seen in the EC's fourth sector, with 156 members appointed by the director of Home Affairs to advise on district affairs joining it.

They are representatives of area committees, which encourage public participation in district affairs and help organize community activities, and district crime-fighting committees that make recommendations to reduce and prevent crime, as wells as district fire safety committees that educate the public on fire safety.

According to the new arrangements, district councilor seats in the EC and the LegCo have been scrapped. Experts believe the new design will depoliticize the district councils, which is also conducive to advancing the process of democratic development in Hong Kong.

"At present, the operation of the district councils in Hong Kong has deviated seriously from the relevant provisions of the Basic Law," Zhang Jian, director of the Hong Kong and Macao Research Section of the Shanghai Institute of International Studies, said.

He said the new design will let district councils get back to their original design of serving the residents of the community, rather than becoming a platform for anti-China and rebellious forces to undermine "One Country, Two Systems."

3. The EC is joined by 300 Hong Kong representatives to national bodies and groups.

The new fifth sector will include 190 delegates to the National People's Congress and the National Committee of the Chinese People's Political Consultative Conference, and another 110 from Hong Kong representatives of other relevant national organizations.

These members are important forces who are familiar with Hong Kong, serve the Hong Kong society in different fields and have more knowledge of national affairs, Zhang said.

Zhang said involving these people as EC members is conducive to better introducing central government's various policies toward the HKSAR and enhancing the Hong Kong community's understanding and identification with the country.

4. The EC shoulders two new functions of nominating all LegCo candidates and electing some LegCo members.

Liu Zhaojia, the vice chairman of the National Hong Kong and Macao Research Association, said since Hong Kong's return to the motherland, the longstanding confrontation between the executive authorities and the legislature and the inaction of the LegCo have seriously hindered the effective governance of the SAR government.

The new institutional arrangement will enable the chief executive and the legislators to share the same voter base, which will help facilitate smooth communication between the executive authorities and the legislature and enhance the effectiveness of the SAR government's governance, he said.

5. The LegCo expands its size to 90 members.

The LegCo will be expanded from the current 70 members to 90, with 40 of those seats to be returned by the EC, 30 reserved for functional constituency candidates and 20 for the general public to vote on.

Such arrangements are designed to make the LegCo more representative and ensure more balanced public participation by all sectors, Deng Zhonghua, deputy director of the Hong Kong and Macao Affairs Office of the State Council, said. Deng added that they will help ensure that the LegCo can better represent the overall interests of Hong Kong society and the interests of various sectors and constituencies.

With more members returned by the Election Committee than by functional constituencies or by geographical constituencies, the LegCo can better represent the overall interests of Hong Kong society, Deng stressed.

6. LegCo candidates must secure nominations from each of the five sectors of the EC.

The new arrangements specified that all LegCo candidates must secure a nomination from at least two but no more than four members from each EC sector.

Apart from making LegCo more representative, Liu said it can prevent the LegCo from political polarization and manipulation by radical separatist forces, protect the fundamental interests of the broadest range of Hong Kong residents and enable Hong Kong to effectively safeguard its own interests as well as the country's while steadily developing democracy.

According to the new design, a candidate eligibility review committee will be established to review and confirm the eligibility of candidates for EC members, the office of chief executive and LegCo members.

Deng said the purpose is to ensure that the candidates meet not only the general eligibility requirements on age, nationality, permanent residency and criminal record but also the legal requirements and conditions of upholding the Basic Law of the HKSAR and swearing allegiance to the HKSAR to fully implement the principle of "patriots administering Hong Kong."

According to Deng, the committee might, when necessary, consult the Committee for Safeguarding National Security of the HKSAR on whether a listed individual meets the legal requirements and conditions of upholding the Basic Law of the HKSAR and swearing allegiance to the HKSAR.

"No legal proceedings may be instituted against a decision on eligibility made by the review committee pursuant to the opinion of the Committee for Safeguarding National Security of the HKSAR," he said.