Download
Sports Day: The power of sport in the time of pandemic
Li Jing 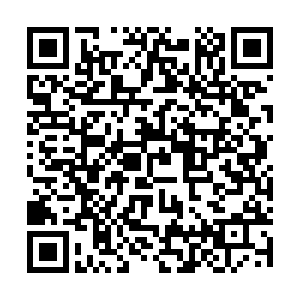 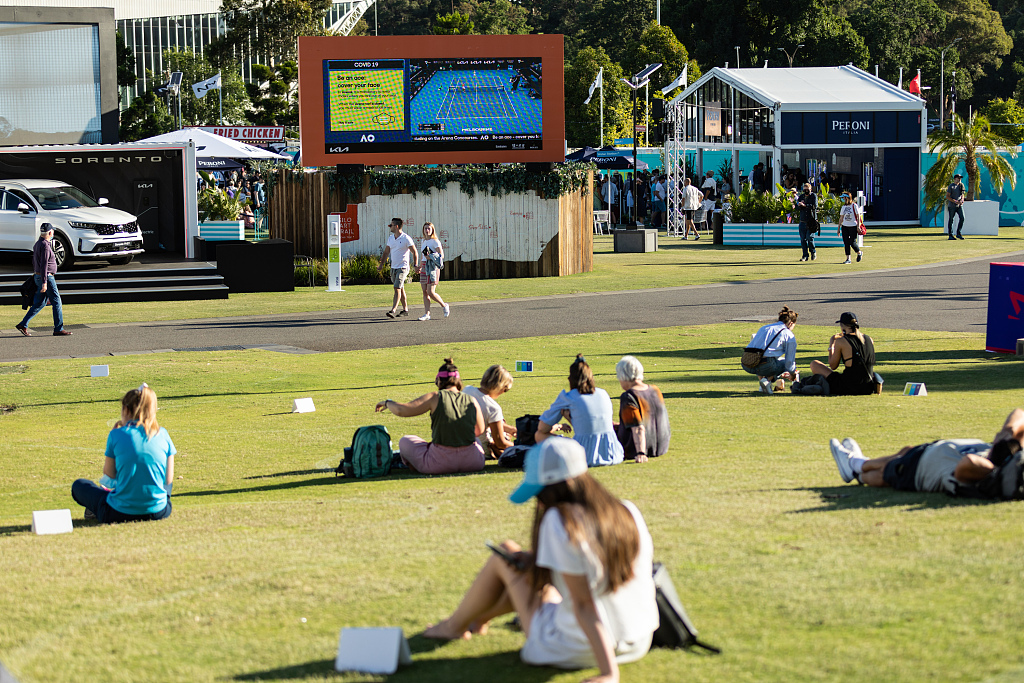 April 6 marks the United Nations' International Day of Sport for Development and Peace, which has been celebrated every year since 2014.

The day recognizes the power of sport in promoting peace and erasing cultural barriers worldwide, as this date also marks the opening of the first modern Olympic Games in Athens in 1896.

The theme of the day's eighth edition is about the power of sport to rebuild the world as it slowly reopens and recovers from the COVID-19 pandemic.

Sport is about participation, and as a result, it is one of the sectors most disrupted by restrictions imposed on gatherings and travel, against the spread of the coronavirus.

The past year witnessed the unprecedented postponement of the Olympic Games and the first cancellation of Wimbledon since World War II. But sport showed resilience and experimented with new forms after months of hiatus – new fixtures were set, virus-free "bubbles" were created to keep athletes and staffs safe, and artificial crowd noises were pumped into empty stadiums to spice up the atmosphere. 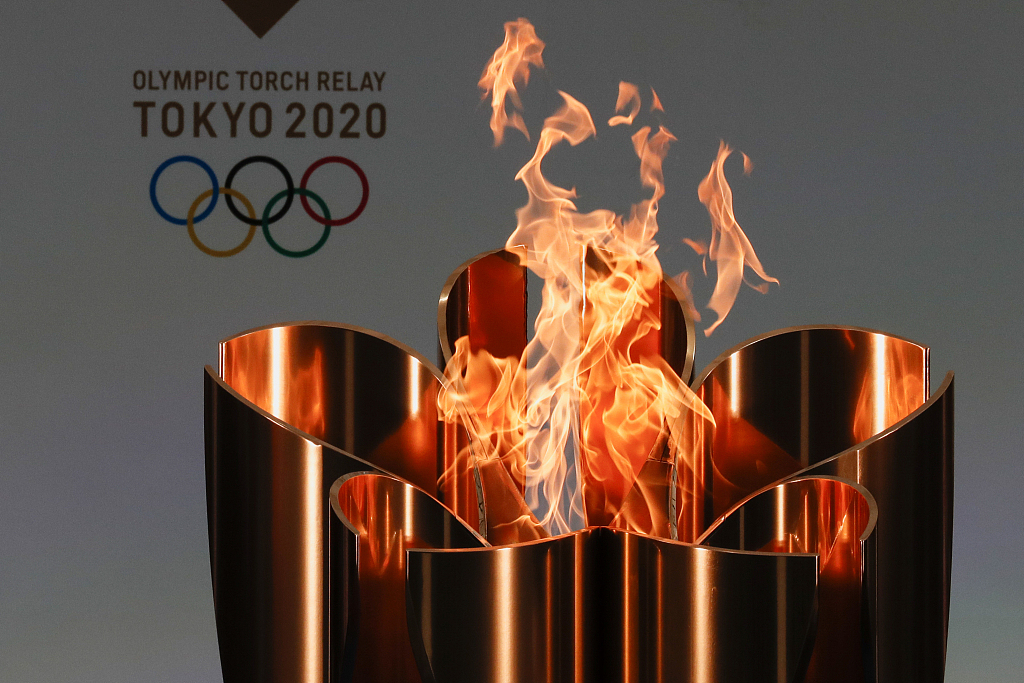 The Olympic flame is seen on the first day of the Tokyo 2020 Olympic torch relay in Fukushima Prefecture, Japan, March 25, 2021. /CFP

The Olympic flame is seen on the first day of the Tokyo 2020 Olympic torch relay in Fukushima Prefecture, Japan, March 25, 2021. /CFP

In 2021, the delayed Tokyo Olympic Games are still struggling to be staged as scheduled. It could be the first major international sporting event to be held during the pandemic, showing that perseverance, sportsmanship and unity are highly needed for all humans facing the global health crisis.

The 121-day torch relay is underway despite uncertainties from a resurgence in COVID-19 cases. It started in late March in Fukushima Prefecture, the site of the 2011 earthquake and tsunami that killed about 20,000 people, highlighting the Japanese government's "Reconstruction Olympics" theme. Fukushima will also play an active part in the Games, hosting Olympic baseball and softball events.

With overseas spectators barred from the Games and limits likely on domestic fans, the relay is seen as a vital opportunity to dispel doubts about holding the Games during a pandemic.

Tokyo 2020 chief Seiko Hashimoto called the flame "a ray of light at the end of the darkness."

"The small flame did not lose hope, and just like the cherry blossom buds that are ready to bloom, it was waiting for this day," Hashimoto said. 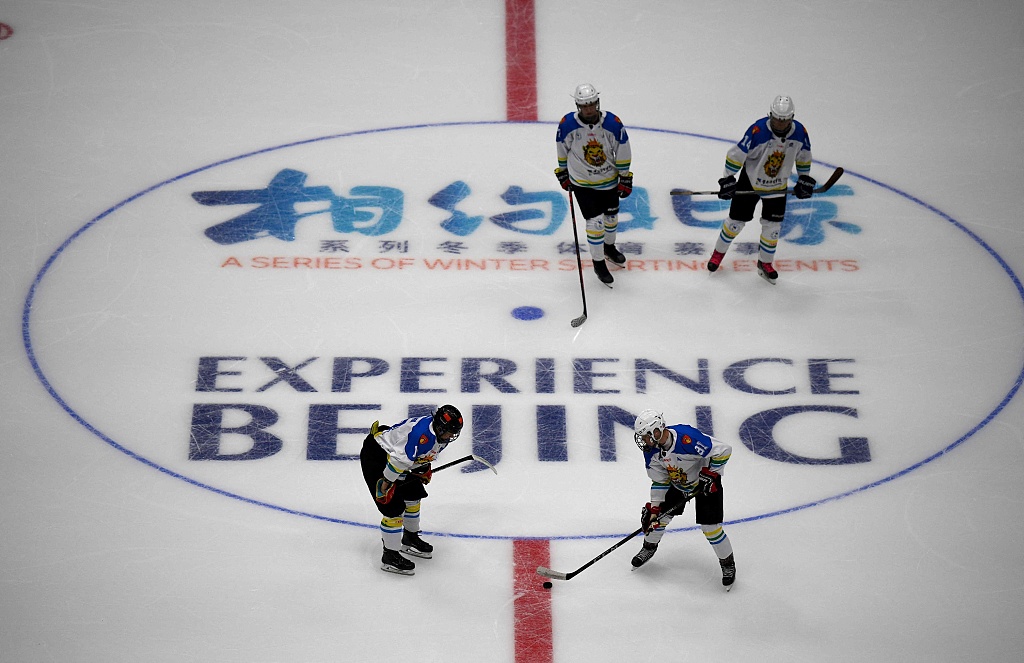 Ice hockey players during a test event for the 2022 Beijing Winter Olympic Games at the National Indoor Stadium in Beijing, China, April 1, 2021. /CFP

Ice hockey players during a test event for the 2022 Beijing Winter Olympic Games at the National Indoor Stadium in Beijing, China, April 1, 2021. /CFP

Attempts to boycott Beijing 2022 are futile

Beijing is sparing no effort in preparing for the Winter Olympics set for next year. However, some countries recently have attempted to politicize and boycott Beijing 2022.

Guo Weimin, spokesperson for the fourth session of the 13th National Committee of the Chinese People's Political Consultative Conference, said such "attempts run against the spirit of the Olympic Charter" and "are futile and doomed to fail."

The idea of meddling sports with politics is not welcomed in other countries either. The U.S. Olympic and Paralympic Committee said in a statement, "We oppose Games boycotts because they have been shown to negatively impact athletes while not effectively addressing global issues." 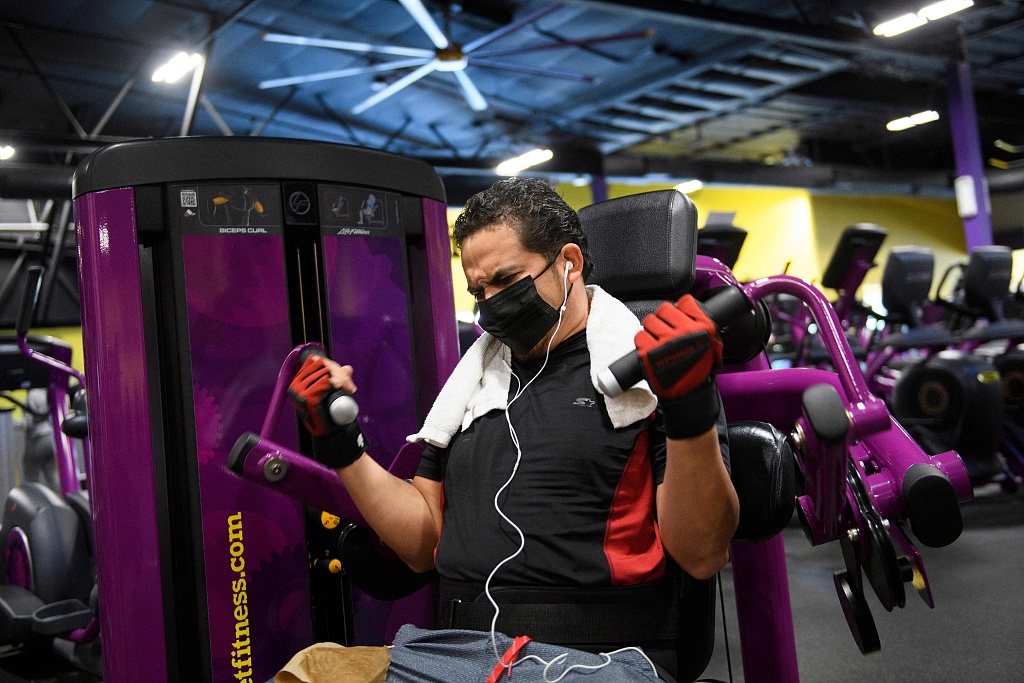 A man wears a mask while working out in a gym that reopened after being closed due to the COVID-19 pandemic in California, U.S., March 16, 2021. /CFP

A man wears a mask while working out in a gym that reopened after being closed due to the COVID-19 pandemic in California, U.S., March 16, 2021. /CFP

In China, the pandemic has made more people aware of the importance of staying fit, and they are exercising more, even at home.

"The concept of public fitness is gaining popularity amid the COVID-19 pandemic, and people are paying more and more attention to their own health," said Yang Yan, a speed skater and China's first-ever Winter Olympic champion.

Elsewhere, lockdowns amid the pandemic have made public sports facilities, fitness centers, gyms, as well as pools inaccessible for a large number of communities, posing a health crisis for many.

According to a recent UN report, efforts to create protocols are "not enough to bring back sport and physical activity at the scale required to ensure its much needed contribution to human well-being."

In the pandemic era, the power of sport is more important than ever.

"Sport has often helped to create spaces for dialogue, advance gender equality, promote social inclusion and tackle discrimination against vulnerable groups," UN Secretary-General Antonio Guterres said recently. "It has played this role at all levels of society, from the smallest communities to the global village. It has provided avenues for improving individual health and community well-being. We continue to count on sport to provide this space."