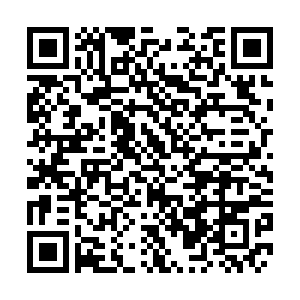 A Chinese envoy on Tuesday urged the United States to lift all illegal sanctions against Iran and its "long-arm jurisdiction" against third-party entities and individuals, including those from China, as the Iran nuclear deal talks resumed in Vienna.

Senior diplomats from China, France, Germany, Russia, Britain and Iran met behind closed doors in the Grand Hotel Wien. On top of the agenda are lifting sanctions on Iran and nuclear implementation measures.

The meeting of the Joint Commission of the Joint Comprehensive Plan of Action (JCPOA), known as the Iran nuclear deal, has drawn public attention as representatives from the United States are in Vienna to save the deal.

The U.S. should lift all illegal sanctions against Tehran, and the Iranian side should resume full compliance with the 2015 nuclear deal on that basis, said Wang Qun, Chinese envoy to the United Nations and other international organizations in Vienna, after the meeting.

Wang said that the U.S. withdrawal from the deal and its maximum pressure against Iran is the root cause of the current situation. Therefore, the early return of the U.S. to the accord is the key to cracking the problem. 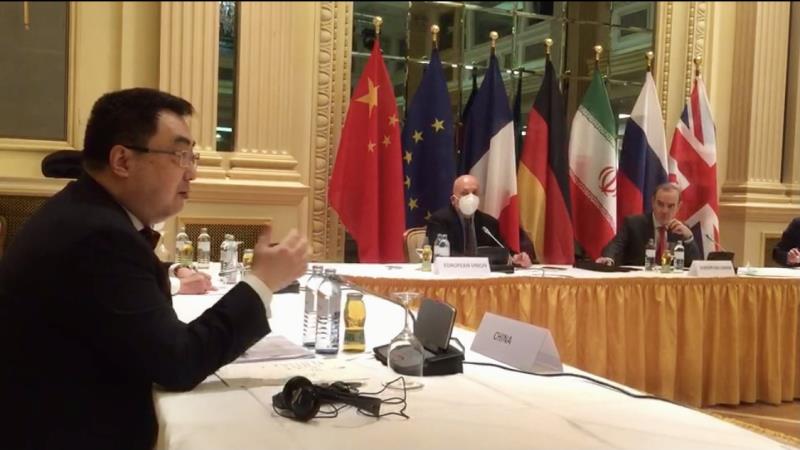 Wang Qun, Chinese envoy to the United Nations and other international organizations in Vienna, speaks at the meeting of the Joint Commission of the JCPOA in the Grand Hotel Wien, Vienna, April 6, 2021. /CMG

Wang Qun, Chinese envoy to the United Nations and other international organizations in Vienna, speaks at the meeting of the Joint Commission of the JCPOA in the Grand Hotel Wien, Vienna, April 6, 2021. /CMG

"The justified request of the injured party, rather than the offending party, should be confirmed and satisfied first. This is a basic right-or-wrong question. The U.S. should lift all sanctions against Tehran and on this basis, Iran can resume full compliance to the nuclear deal," Wang said in a statement.

He stressed that China firmly opposes any illegal unilateral sanctions imposed by the U.S. and will safeguard its legitimate rights and interests.

Wang added that China supports the Joint Commission's efforts in setting up two expert-level groups, one on sanctions-lifting and nuclear issues, and the other on "close contact" with the U.S. He said China hopes the two groups can make progress as soon as possible.

China continues to unswervingly uphold the JCPOA, and hopes that all parties can enhance their sense of urgency, seize the current opportunities, and push the JCPOA back on track through fair and reasonable negotiations, Wang noted.

He pledged that China will work with all parties to continue advancing the political settlement of the Iran nuclear issue, and strive to restore the full implementation of the 2015 accord as early as possible. 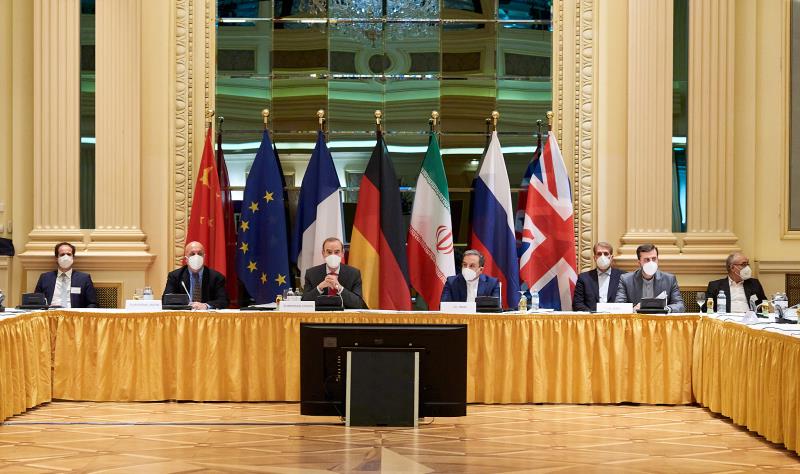 The meeting of the JCPOA resumes in the Grand Hotel Wien, Vienna, April 6, 2021. /CMG

The meeting of the JCPOA resumes in the Grand Hotel Wien, Vienna, April 6, 2021. /CMG

The JCPOA talks were chaired by Enrique Mora, deputy secretary-general and political director of the European External Action Service (EEAS), on behalf of High Representative of the European Union (EU) for Foreign Affairs and Security Policy Josep Borrell. Media reports said the U.S. delegation led by Special Envoy for Iran Robert Malley was based in a nearby hotel.

Mora said on Twitter following the meeting that they had a "constructive Joint Commission meeting."

"There's unity and ambition for a joint diplomatic process with two expert groups on nuclear implementation and sanctions lifting. As Coordinator I will intensify separate contacts here in Vienna with all relevant parties, including the U.S.," he added.

According to the official Islamic Republic News Agency, Iran's chief nuclear negotiator Abbas Araqchi told the commission meeting that lifting U.S. sanctions is the first and most necessary step to revive the 2015 nuclear deal.

U.S. and Iranian negotiators were not supposed to meet face-to-face but a shuttle diplomacy approach was adopted with the intensified help of the coordinators.

Prior to Tuesday's meeting, Araqchi said he would "not hold any direct or indirect talks" with U.S. representatives but would only negotiate with the Joint Commission of JCPOA.

If the P4+1 countries, including China, Britain, France and Russia, plus Germany, succeed in convincing Washington to lift all the sanctions "by any means they know," Iran will comply, said Araqchi, who is also Iran's deputy foreign minister. 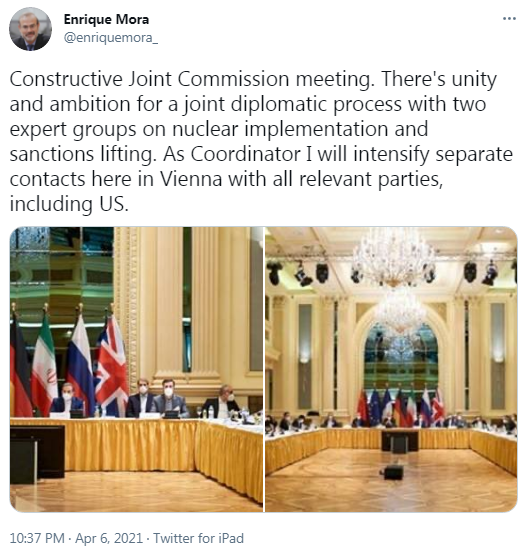 The U.S. on Tuesday also called the talks in Vienna "a constructive step" but rejected Tehran's position of "maximalist demands."

"These discussions in Vienna, even though we are not meeting directly with the Iranians, as we have said, it is a welcome step, it is a constructive step, it is a potentially useful step," State Department spokesperson Ned Price told reporters in a press briefing.

"We don't anticipate any immediate breakthrough," he said. "We know there will be difficult discussions ahead but again this is a healthy step forward."

Price noted that two working groups in the meeting were focused on respective steps for Tehran and Washington to revive the JCPOA.

He expected the United States could have a better understanding of a roadmap for how both sides get to mutual compliance with the nuclear deal following the discussions in Vienna.

Washington withdrew from the deal in 2018 and tightened sanctions on Iran under former President Donald Trump. In response to the U.S. moves, Iran suspended the implementation of parts of its obligations under the deal.