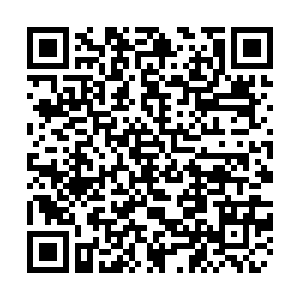 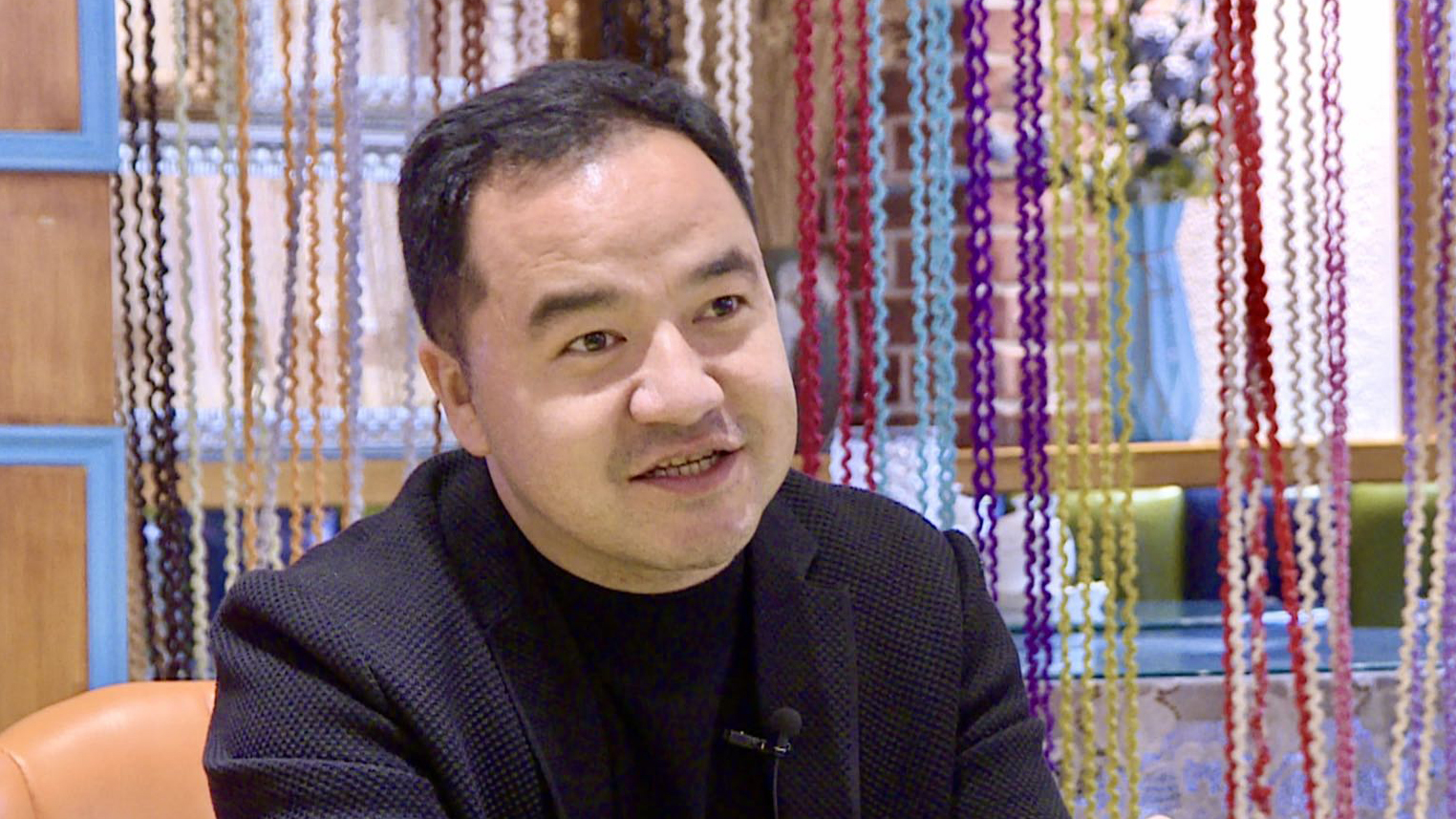 He serves Xinjiang cuisine and can sell at least 1,000 baked samosas a day, not only to locals living nearby but also tourists attracted by its reputation.

"I learned to make samosa when I was at the vocational education training center. I used to run a small restaurant before I got there, so I applied for the cooking class at the center. And now the customers love the samosa of my restaurant very much!" said Memetjan.

"I came to Aksu yesterday and had a meal here. The environment of the restaurant is nice, and the food is delicious. So I came to have some samosas again today before I go back home," said a diner from Shaya, a county about four hours' drive from downtown Aksu.

Making authentic Xinjiang cuisine is just one of the skills Memetjan learned when he was at the training center from 2017 to 2019.

He also learned standard spoken and written Mandarin, which makes it more convenient for him to communicate with customers from all over China.

More importantly, he learned about Chinese laws and regulations, including laws on counter-terrorism and deradicalization, and says he now realizes how ignorant he was to believe what some extremists told him in the past.

"I met some extremists in 2015 when I had a small restaurant. They said Han people are infidels, and their money and products are illegal to Muslims," Memetjan said. "I believed them. Then I treated Han customers badly and refused to receive them. My cooking skills were not very good at that time. Gradually, less and less people came to my restaurant and I had to close it."

Memetjan's family also noted his abnormal behavior at that time and were worried that he would go astray. So they persuaded him to apply for the training program in the center. 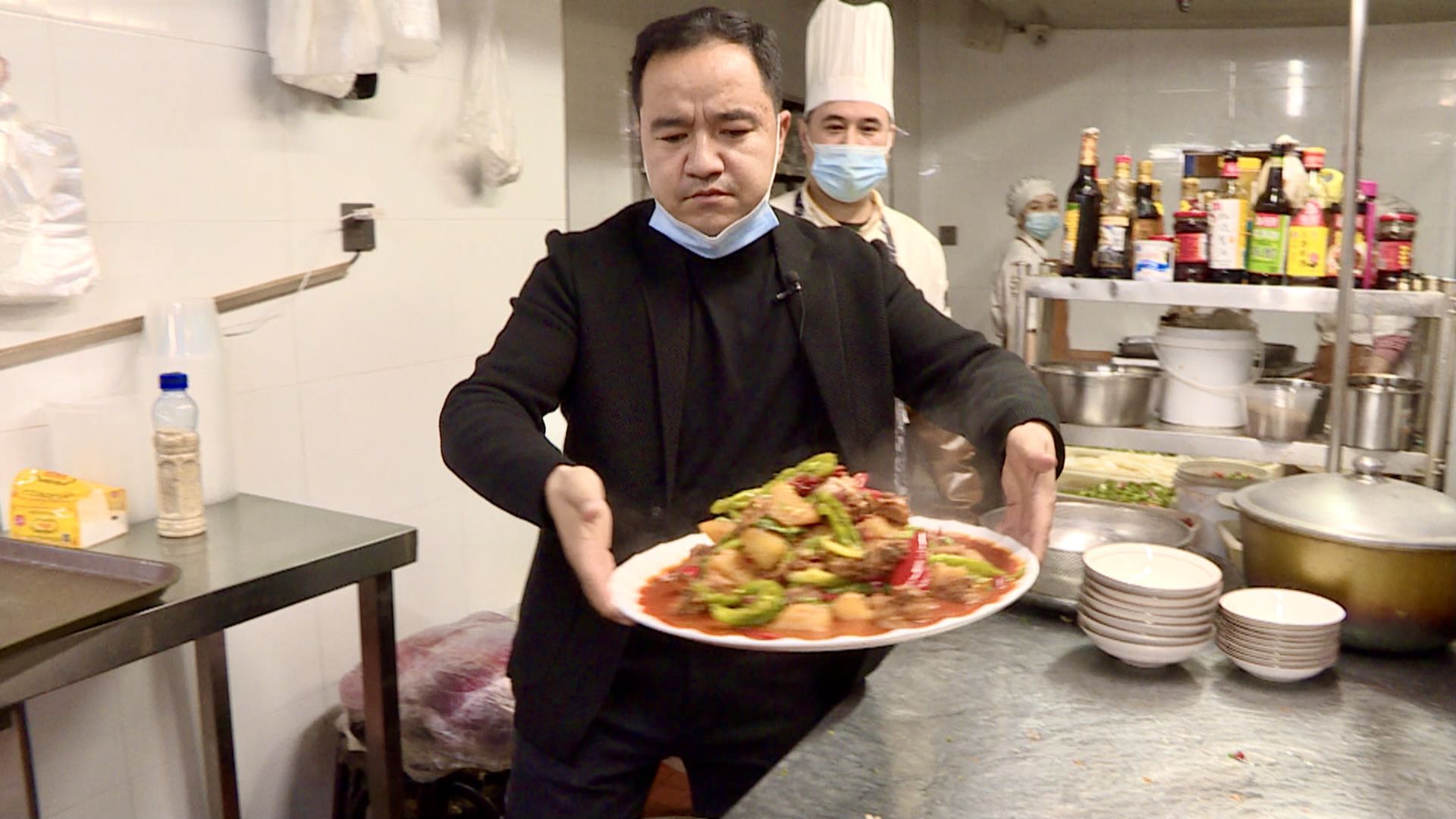 After graduating in 2019, Memetjan opened a new restaurant with the help of the local community.

Now, he is the owner of two restaurants in Aksu with an annual turnover of nearly $100,000.

He has about 50 employees, including vulnerable people.

"I have minor disabilities on my hands and feet, and I got divorced. When I came here to apply for a job last year, Memetjan said it doesn't matter. He encouraged me to work here and earn a better life. Now my monthly salary is about 2,300 yuan (about $350)," said Yurnisakzi Turdi, a waitress at the restaurant.

Memetjan said he learned a proverb at the center that goes, "When you drink water, do not forget those who dug the well."

Therefore, he often sends free meals to nearby hospitals for patients and medics.

Last winter, he also sent tons of coal to people in the suburbs of Aksu City.

Memetjan said he is grateful to the community that has helped him so much, and that's why he is giving back by helping those in need.

Asked whether or not he was ever tortured at the training center as some Western media reports have suggested, Memetjan said there was no such thing, and his positivity and optimistic personality are the best proof.

He said he is preparing to open a new restaurant in Xinjiang's regional capital Urumqi by the end of this year. And he aims to open one in Beijing in three years' time, so more people can have a taste of authentic Xinjiang food.

Local authorities have said all trainees graduated from the vocational education and training centers in Xinjiang by 2019. With the help of the local government, they now have stable jobs and are enjoying a better life.