Download
Graphics: How China finds and helps its poorest people
By Pan Zhaoyi 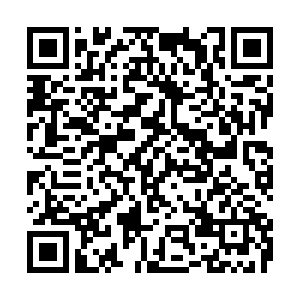 China is the world's largest developing country. Among its 1.4 billion citizens, tens of millions in rural areas lived below the poverty line in the past few decades. But things have changed since the country's poverty alleviation campaign rolled out.

By the end of 2020, nearly 100 million people in rural areas had been lifted out of extreme poverty together with all the 832 designated poor counties, mostly in the central and western regions.

Historically, identifying those truly in need is a challenging task for countries with such a large population in poverty.

It is imperative to know the impoverished so as to help them. 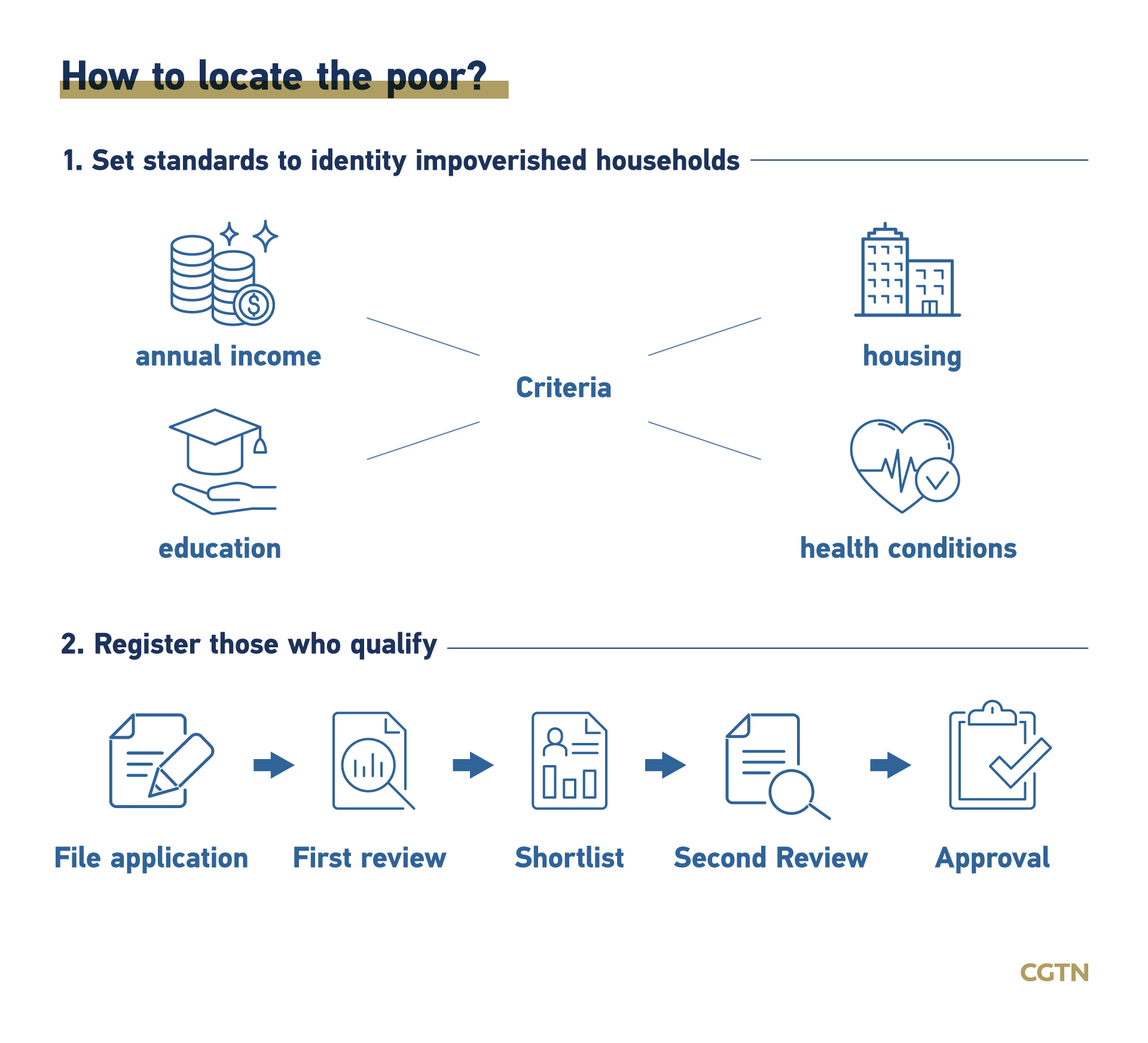 China has developed a set of standards and procedures to accurately identify the poor, and grassroots officials have spent time in villages analyzing the distribution of the poor population, causes of their poverty and their actual needs.

After locating the poor, the next step is to determine who ought to offer help. 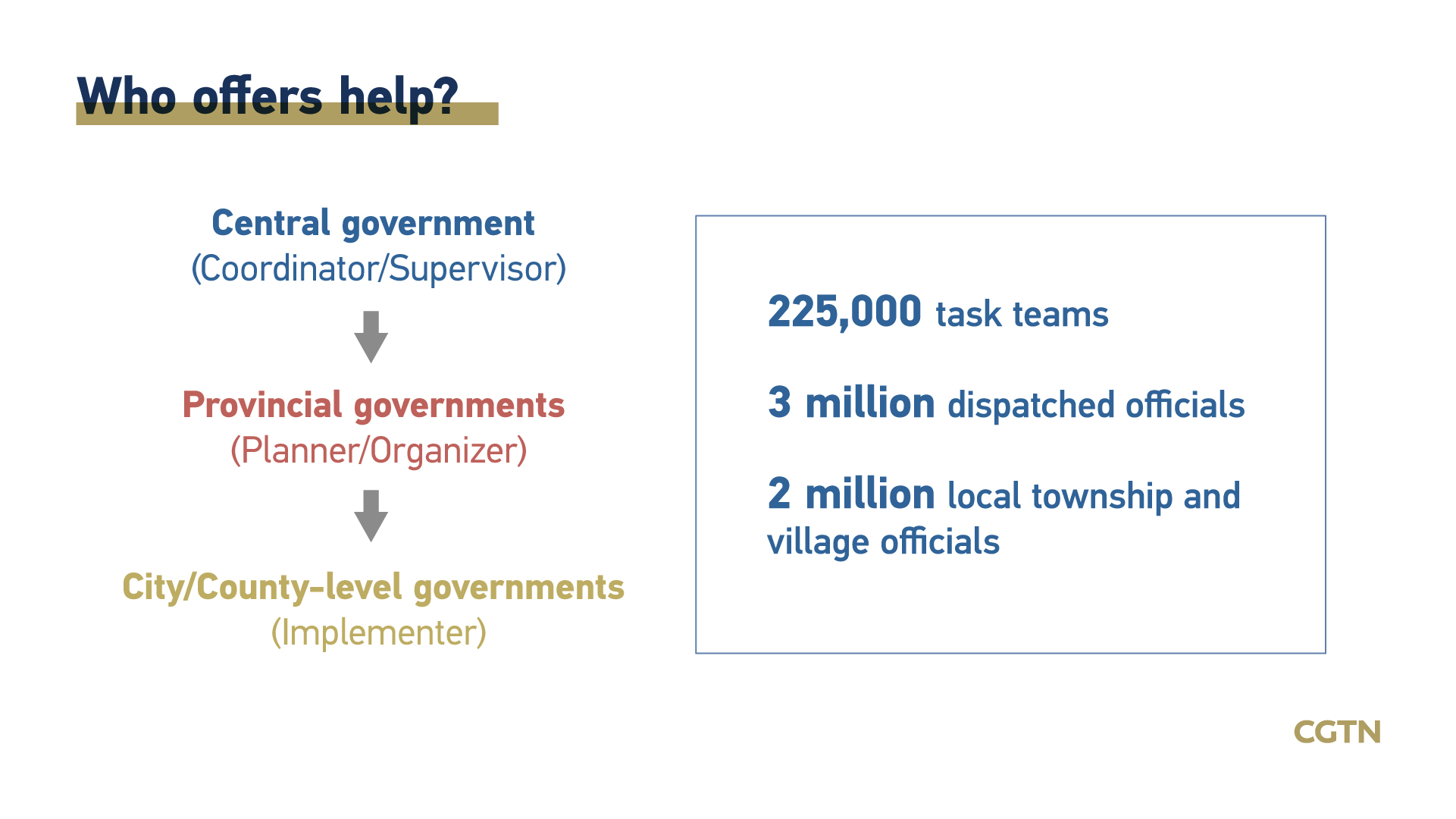 China has established a management structure with the central government acting as coordinator, provincial governments formulating their own plans, and city and county level governments overseeing implementation.

The network covers all poor areas, and officials are sent to villages to help every needy household.

There are many different types of poverty, and the causes vary from case to case. Without the right remedies, the root cause cannot be fully addressed.

China has adopted categorized and targeted measures to reduce poverty, based on the situation of individual households, local conditions and the causes for and types of poverty.

These targeted measures include boosting the economy to provide more job opportunities, relocating poor people from inhospitable areas, improving education in impoverished areas, and providing subsistence allowances for those unable to shake off poverty solely on their own.

The governments have redoubled their efforts to boost employment for the poor through such means as offering free training on vocational skills, encouraging entrepreneurs to start businesses in those poor people's hometowns or villages, and creating public welfare jobs for the rest of the unemployed.

Poor people who have the ability to work are encouraged to find employment locally or elsewhere, or start their own businesses.