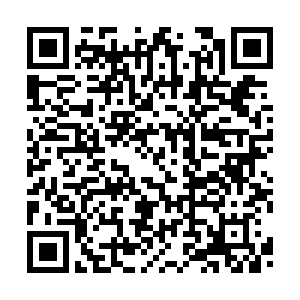 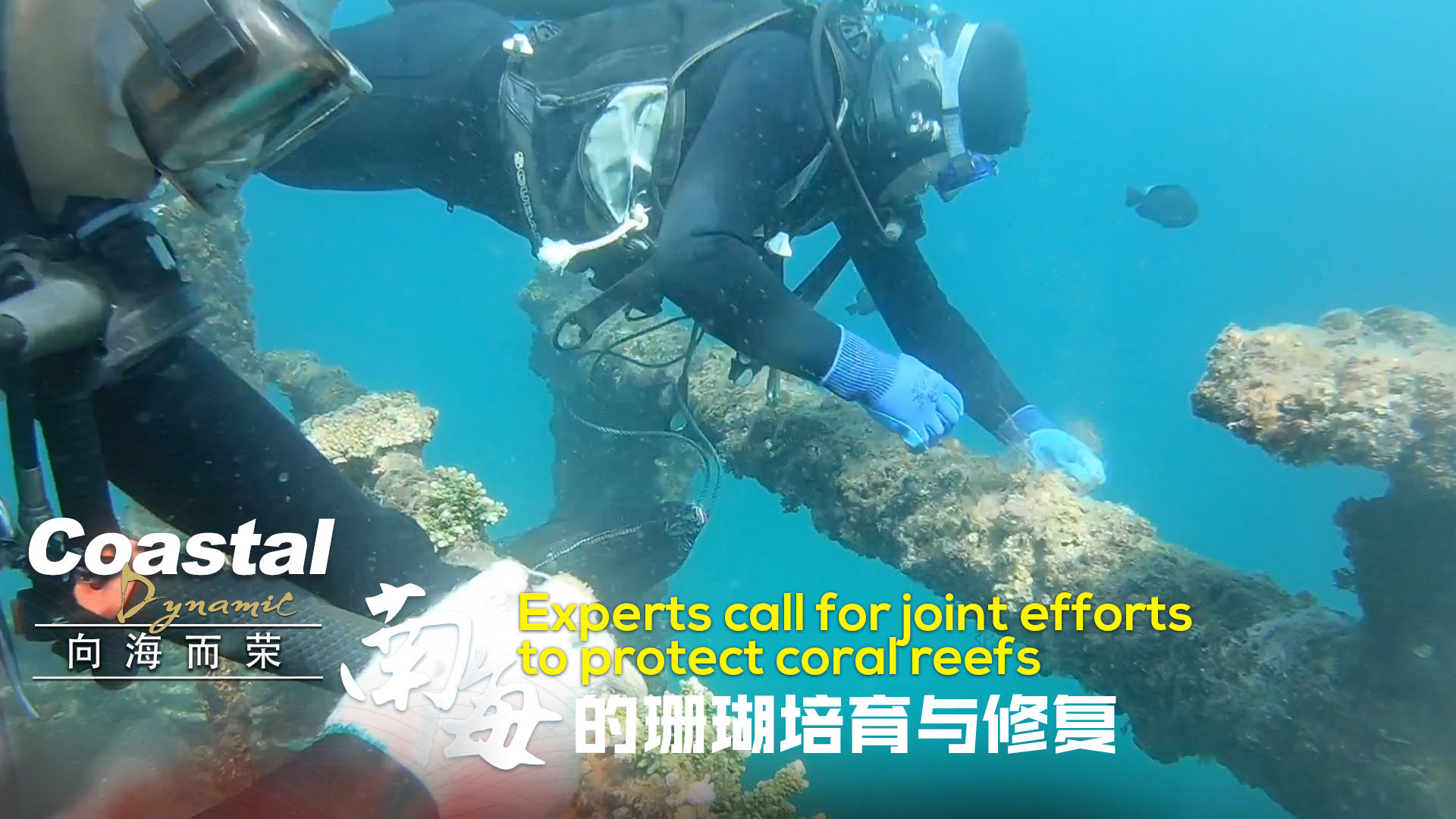 As one of the most sought-after tropical paradises in China, the southernmost island province of Hainan has been striving to restore and protect its endangered coral reef ecosystem. Wuzhizhou Island, a popular destination for scuba diving and other underwater activities in Sanya, has put in a lot of effort to restore the fragile marine ecosystem.

Coral reefs, often nicknamed "rainforests of the sea," occupy less than 0.1 percent of the world's ocean floor, but they provide important habitats for one-fourth of marine species.

However, a variety of factors, including global warming, microplastic pollution and marine heatwaves, are inflicting serious damage on them and threatening the diversity of ocean life. Especially when the temperature of the seawater rises, it triggers coral bleaching that will cause the corals to starve and die eventually. 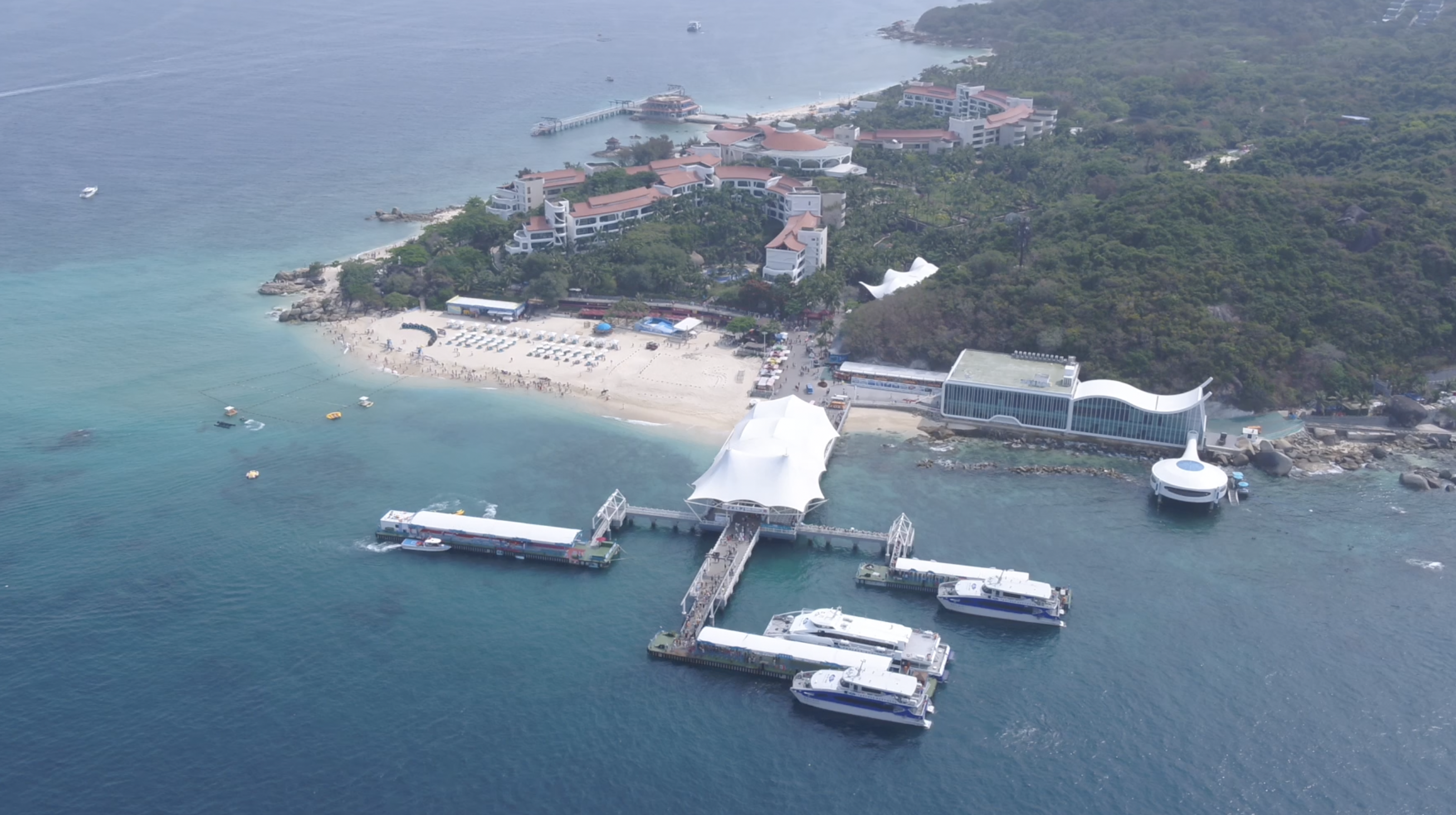 Wang Fengguo, manager of Wuzhizhou Island's Marine Department, told CGTN that his department was established several years ago to help maintain and restore the marine ecology. Their job is to collect the underwater trash and plant artificial reefs on the seabed. He spends nearly three weeks per month nurturing the corals, Wang said.

In 2011, a marine ranch was built in Wuzhizhou Island to promote the restoration of the coral ecosystem by planting artificial reefs into the sea and transplanting corals. After 10 years of efforts, underwater landscapes around the island have largely improved, attracting many diving enthusiasts from home and abroad. 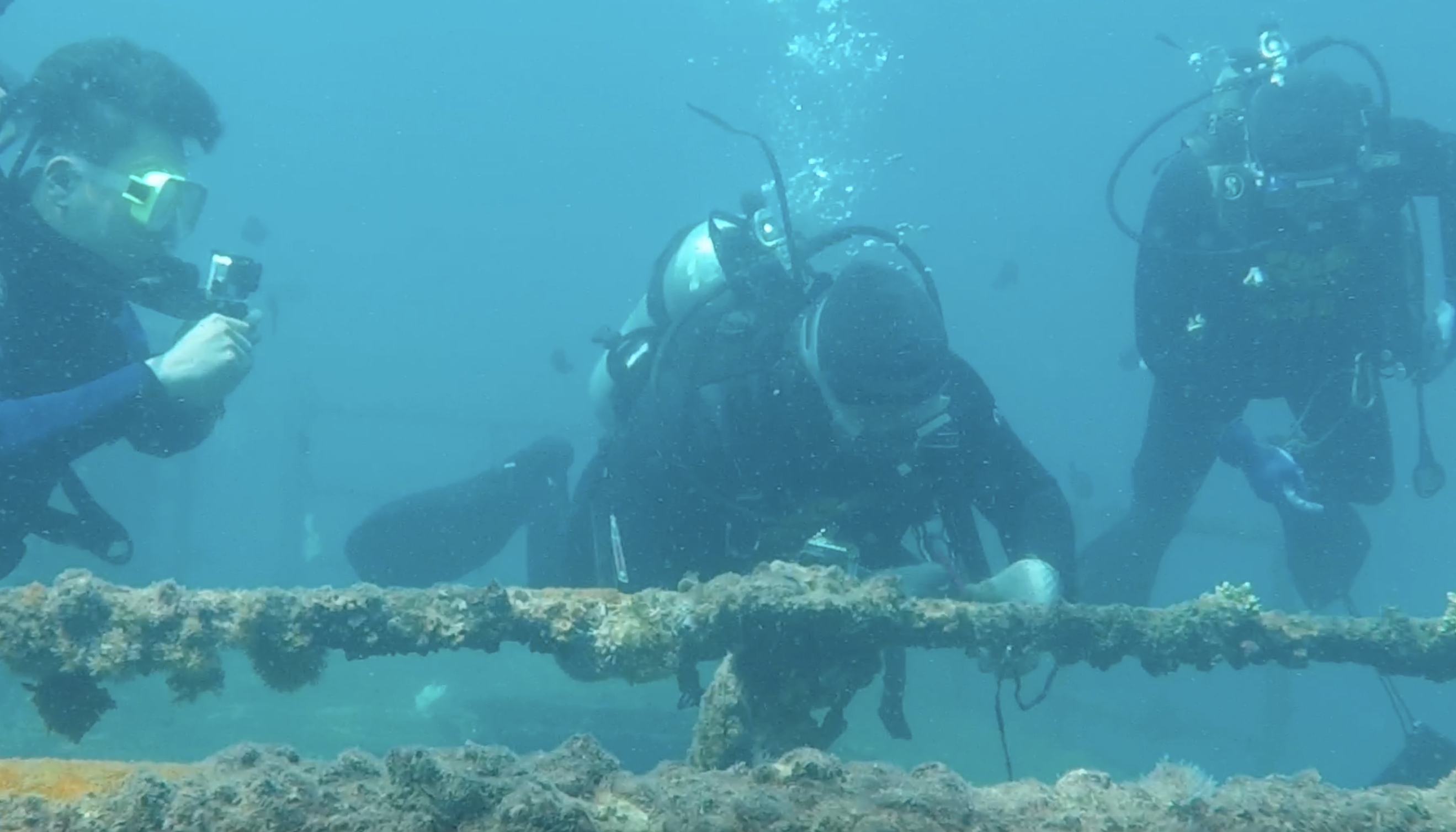 "The coral reef ecosystem is unique for its high biodiversity and productivity," Huang Hui, director of Tropical Marine Biological Research Station based in Hainan, told CGTN. Huang and her team have been dedicated to research on artificial habitats in marine ecosystems over the years.

Huang believes that people's awareness of coral protection also matters to the sustainable development of the coral reefs.