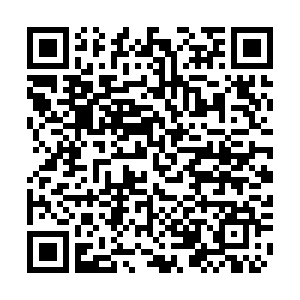 Myanmar's ousted ambassador to the United Kingdom, who has been locked out of his embassy by the military, urged the British government on Thursday to refuse to recognize the military's envoys and send them back to Myanmar.

Myanmar on Wednesday recalled its ambassador to the UK, Kyaw Zwar Minn, shortly after he was locked out of the embassy by his deputy, an embassy statement said.

According to the statement, Kyaw Zwar Minn's assignment completed at 5 p.m. on April 7, while his deputy, Chit Win, will act as charge d'affaires before appointment of the new ambassador is announced. 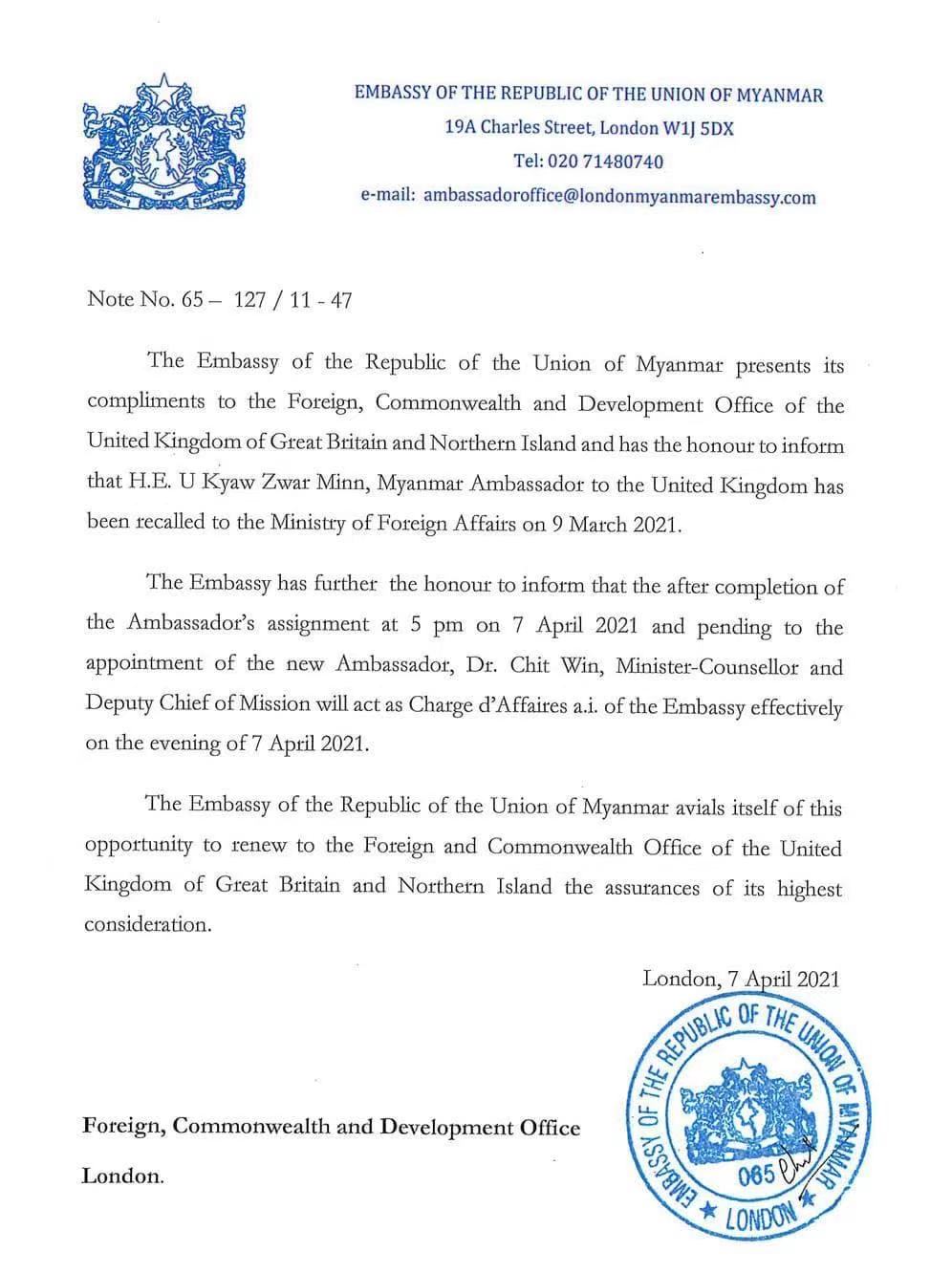 Screenshot of the embassy's statement.

Screenshot of the embassy's statement.

Kyaw Zwar Minn said in a statement which was read out by his spokesman in English that "we believe the UK government would not back those who are working for the military junta and we also would like to urge the UK government to send them back."

"We call on the UK government specifically to refuse to work with the charge d'affairs Chit Win that the military council have nominated or any other ambassador that they might try to nominate in future," the ambassador said.

"I have been locked out," Ambassador Kyaw Zwar Minn told Reuters earlier outside the embassy in central London. "It's a kind of coup, in the middle of London... you can see that they occupy my building," he said, adding that he was talking to Britain's foreign ministry about the situation.

Kyaw Zwar Minn broke ranks with the military by calling for the release of detained Aung San Suu Kyi. The recall is believed to be in connection to this.

Kyaw Zwar Minn spoke next to the embassy, where police were standing guard. "This is my building, I need to go inside. That's why I'm waiting here," Kyaw Zwar Minn told reporters.

"We are aware of a protest outside the Myanmar embassy in Mayfair, London. Public order officers are in attendance. There have (been) no arrests," police said in a statement.

British officials were talking to representatives from both sides and the police, with the aim of resolving the stand-off at the embassy quickly and calmly.

"We are seeking further information following an incident at Myanmar's embassy in London," a British foreign office spokesman said in a statement.