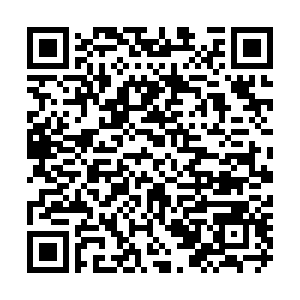 Enticed by cheap electricity, easy availability of hardware and land, bitcoin miners thrive in China. But the energy-guzzling sector has started feeling the pinch, with the country planning to become carbon neutral by 2060.

More than 75 percent of global bitcoin operations are in China, according to data from BTC.com. The majority of them are located in the autonomous regions of Inner Mongolia and Xinjiang, which power the sector through coal power plants.

Since these coal power plants emit greenhouse gases that are responsible for global warming, it adds to the emissions level of provinces, potentially scuppering targets set under the Paris Climate Change Agreement.

In China, the sector is poised to consume around 300 terawatts per hour of energy annually by 2024, equivalent to the total energy used by Italy and Saudi Arabia, according to a study by the Chinese Academy of Sciences, Tsinghua University and Cornell University and University of Surrey, published in Nature Communications on Wednesday.

Such massive power consumption by the sector would release 130 million metric tonnes of carbon, more than the emissions of Italy and the Czech Republic, the study added. Such massive emissions from the bitcoin mining operations could impact the country's plan to achieve carbon neutrality by 2060 and peak its energy use by 2030.

In order to reduce emissions from the sector, researchers recommend motivating bitcoin miners to relocate from regions with coal-fired plants to provinces that generate green energy.

A section of miners has migrated to southwest China's Sichuan Province, which has enough dams to produce hydropower, a relatively clean energy source.

"Bitcoin miners have already started shifting their base from Inner Mongolia to Sichuan Province that has abundant hydropower energy, which is relatively clean. The relocation would drastically reduce the carbon footprint of the sector. Our study analyses two more policies that can help bitcoin operators in the country," Professor Wang Shouyang, corresponding author of the study, told CGTN.

The migration started, with the government of Inner Mongolia shutting down bitcoin mining operations within its jurisdiction. The massive use of electricity from coal-fired plants in the region led to excessive emissions, foiling the local government's effort to meet emission reduction goals.

Researchers also considered a policy aimed at regulating the use of computer hardware used by the bitcoin industry.

Professional bitcoin miners use specialized hardware to ramp their speed, triggering an "arms race" among them. Initially, the operation started with a generous central processing unit (CPU). But they soon started shifting to graphics processing unit (GPU) and application-specific integrated circuits (ASICs) to boost their hash rate.

The government setting up a regulation to use updated hardware for mining bitcoins could trigger a race to invest more money to upgrade hardware. As a result, the pressure on miners would mount to recover the money invested in hardware.

They will continuously run the machines to increase their profitability. Above all, such upgrades don't essentially reduce power consumption; in many cases, it might need more electricity.

"This increased arms race means that industry will use more energy in total and consequently generate more carbon emission. If the government in China regulates the upgrades, then the sector will ultimately lose profitability," said Li Yuze, a lead author of the study.

The European Union and many other countries have enforced carbon tax on polluting manufacturing sectors to reduce emissions.

In 2017, China also introduced a policy under emission trading scheme for big polluters like power, steel and energy sectors. The system, in its nascent stage, has been enforced only for power sectors from this year.

Enforcing a similar tax, according to the study, "provides limited effectiveness for the Bitcoin industry." The massive amount of power used by the sector would put immense financial pressure on bitcoin miners, affecting their profitability.

"Both carbon tax and bitcoin sectors are new in China. It would take years to develop them in a manner both sectors complement each other to reduce emissions. Our assessment shows the carbon tax would force bitcoin miners in China to shift their operations to other countries," said Jiang Shangrong, a lead author of the study.

(Cover: A small toy figurine is seen on representations of the Bitcoin virtual currency displayed in front of an image of a Chinese national flag in this illustration picture, April 9, 2019. /Reuters)