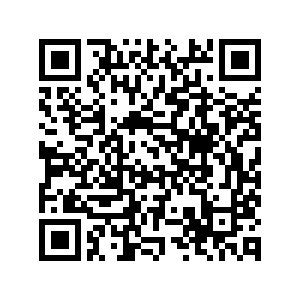 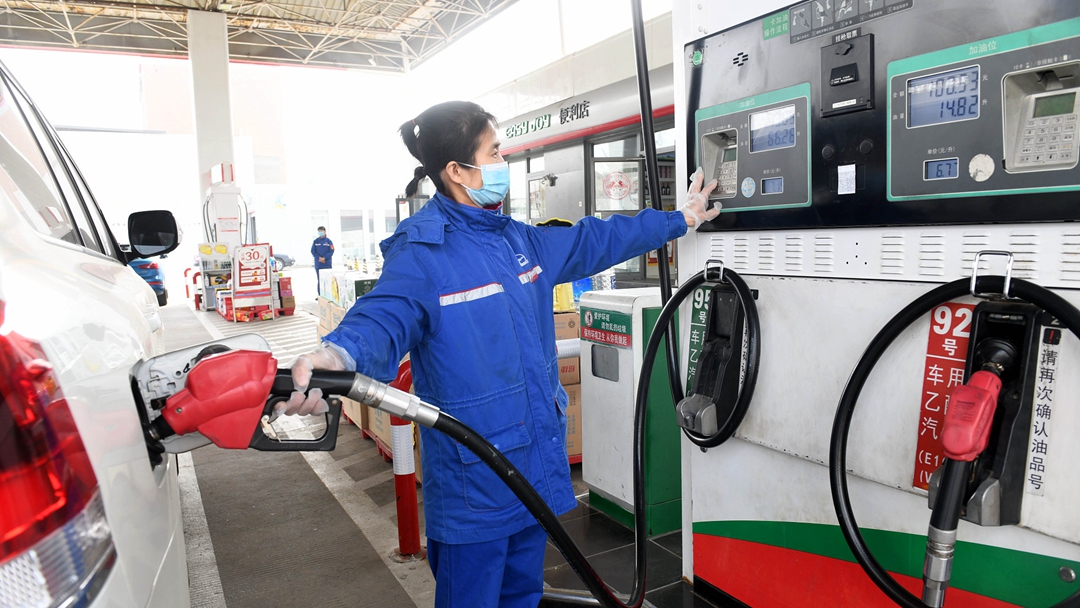 "Unlike previous cycles, this recent rise in PPI inflation was mainly the result of surging global commodity prices, which are mainly being driven by monetary easing and huge fiscal stimulus (especially in the U.S.) outside of China," Lu Ting, Chief China Economist at Nomura told CGTN.

Affected by an increase in the price of imported iron ore, the price of ferrous metal smelting and rolling processing industry surged a yearly 21.5 percent, NBS data showed. 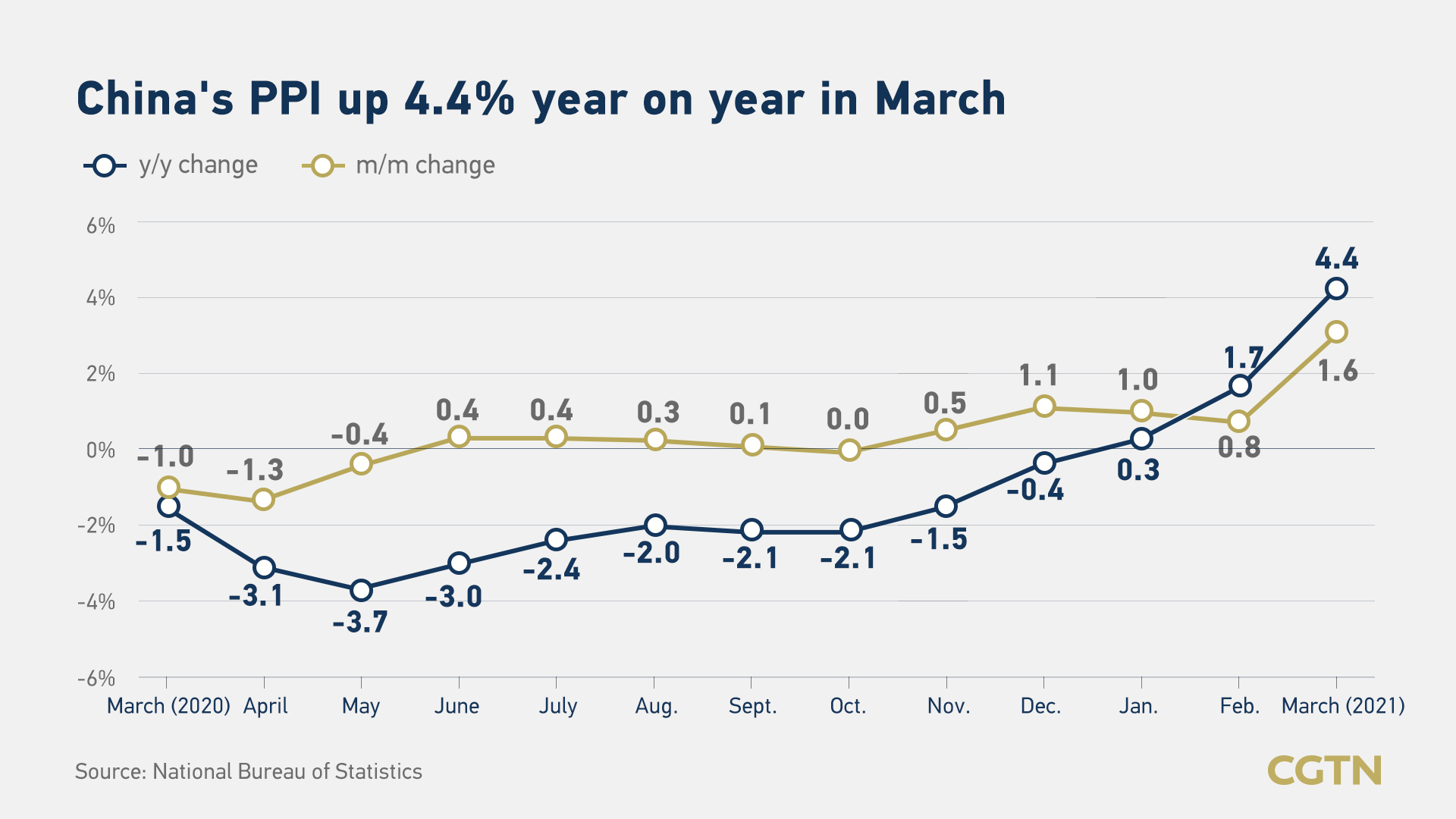 Wang pointed out that upstream raw material processing factories saw profit surge while mid- and low-stream manufacturers' profit was significantly squeezed. "This is why the PPI for means of production jumped by 5.8 percent, while that for consumer goods only rose by 0.2 percent."

"Such profit squeeze will bring additional liquidity pressure for mid- and low-stream manufacturers when monetary policy is tighter than the last year," she said.

Wang expected that targeted monetary expansion from the second quarter will ease the debt burden for small producers. 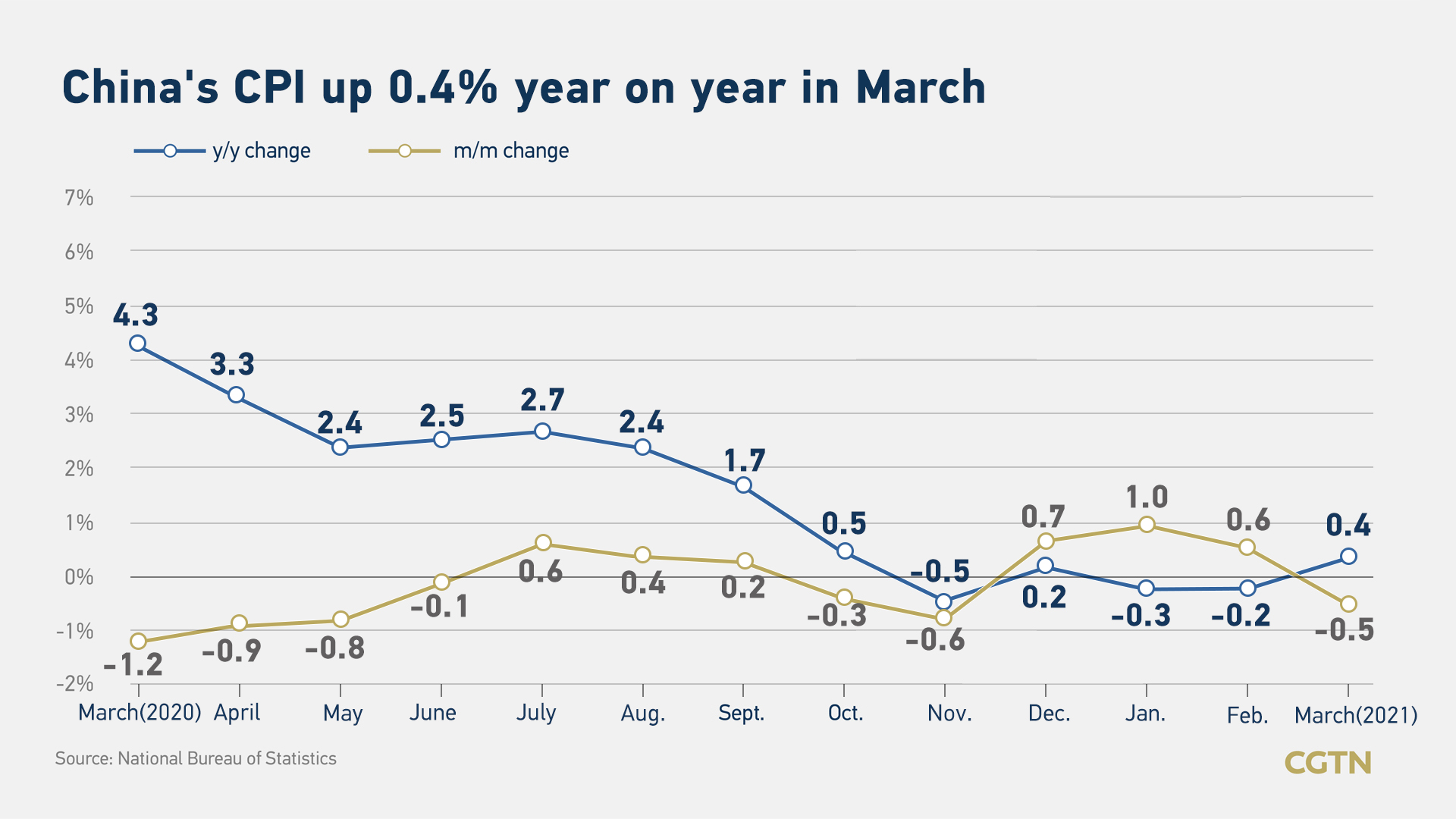 "The still-low CPI inflation in March was largely due to the decline in pork prices," Lu said.

In the food category, the price of pork fell by 18.4 percent year on year. Among the non-food products, the price of industrial consumer goods rose by 1 percent, the first year-on-year increase, mainly driven by the 11.9 percent and 12.8 percent rise in gasoline and diesel prices, respectively, Dong said.

"Consumer price inflation is rather mild as the increase in fuel prices was largely offset by the decline in pork prices," Wang said, adding core inflation, which excluded food and energy, stayed flat, reflecting weak consumer market in general.

"Although consumption in large cities has recovered almost to the pre-COVID level, that in small cities remains lagging, dragged by low expectation in income growth," she said.

Wang added that "within services, housing rent stayed flat with last year – a result from low levels of migration in the country."