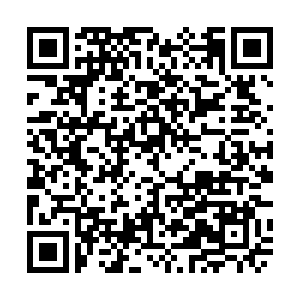 China on Friday urged Japan to be cautious on its plan to deal with radioactive water from Fukushima nuclear power plant, calling for the Japanese government to make decisions based on full consultation with neighboring countries.

Zhao Lijian, a spokesperson from the Chinese Foreign Ministry, made the remarks at a press conference.

The Japanese government is set to announce, as early as Tuesday, a plan to dilute radioactive Fukushima wastewater and release it into the ocean, according to Japan's state broadcaster NHK.

The Japanese government should thoroughly assess the possible impact before releasing the radioactive water, said Zhao.

The spokesperson also called for the Japanese side to share information in an accurate, open and transparent way.

Japan's fishery industry and some local governments opposed the proposal out of concern that consumers would shun seafood caught nearby, according to Kyodo News.

Hiroshi Kishi, head of the national federation of fisheries cooperatives known as JF Zengyoren, told Kyodo News that "it is inevitable that there would be reputational damage regardless of how the water will be disposed of, whether into the sea or into the air."

The International Atomic Energy Agency backed the Japanese government's plan to dispose of the water, saying the plan meets global standards of practice in the nuclear industry and it's a common way to release water at the nuclear power plants.

But safety concerns persist. There are 15 countries and regions still restricting imports of Japanese agricultural and fishery products more than 10 years after the nuclear crisis caused by a devastating earthquake and tsunami in 2011.

For example, South Korea, which still bans seafood imports from the region, has repeatedly voiced concern, claiming that discharging the water represented a "grave threat" to the marine environment, The Guardian reported.