Download
Man of the People: Prince of Kunqu Opera
By Wang Mengjie 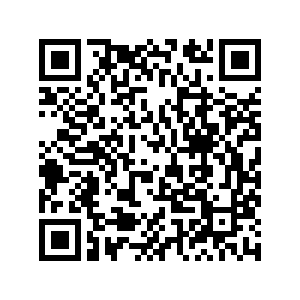 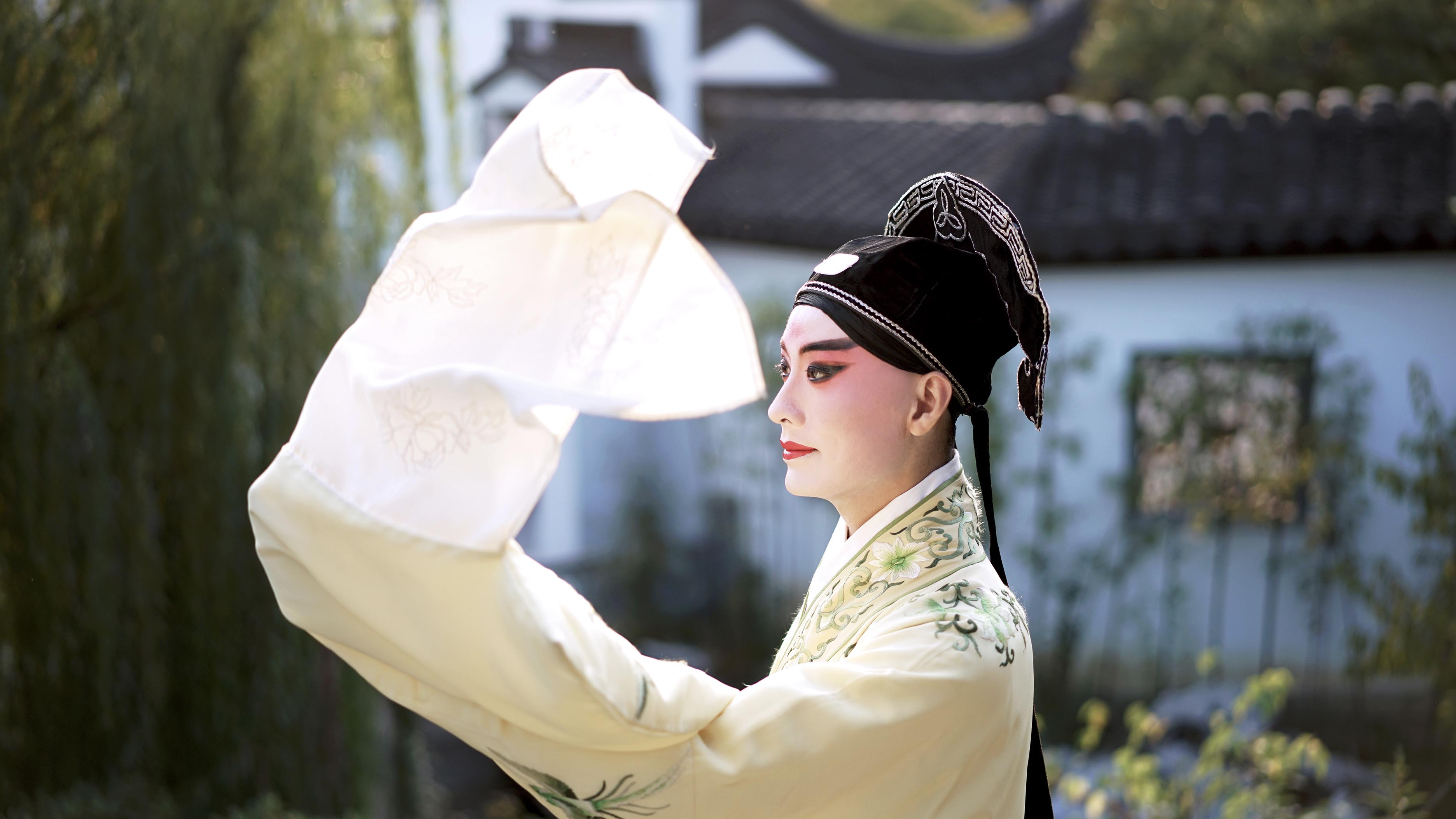 Editor's note: This year marks the 100th anniversary of the founding of the Communist Party of China. Of the CPC's 90 million members, many have become pioneers in their respective field and role models for the public. To mark the special occasion, CGTN will roll out a series of stories featuring CPC members from different walks of life. This story is about a Kunqu actor who's helping the art grow in east China's Jiangsu Province.

It's been 22 years since Shi Xiaming has started to learn Kunqu Opera. Some of his fans said they grew up watching his performances. Shi laughed and said he isn't that old. "I was born in 1985."

For Kunqu opera actors, they need to be extra careful, as training from childhood makes their bodies more susceptible to injury.

"The worst injury I got was when I fractured my foot. The doctor had to put a pin in it to help it heal," Shi said so when recalled his days spending on Kunqu. 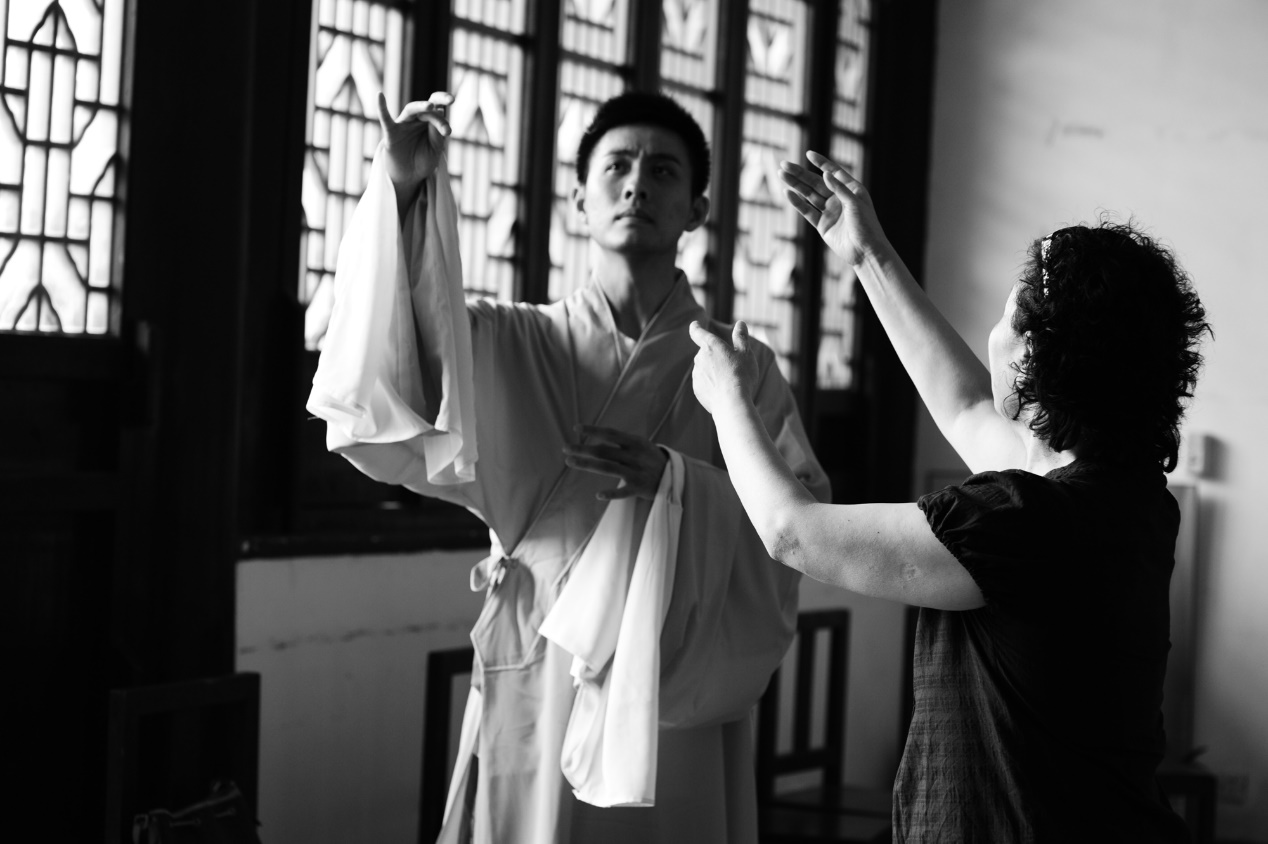 However, physical pain is acceptable for him compared to mental distress.

"I started to learn Kunqu Opera in 1999. Back then, imagine how it felt to see only one or two in the audience sitting at theater when the curtain was raised," said Shi, describing his feeling as "helpless" then.

But days turned brighter for the art form that the UNESCO listed it as intangible cultural heritage in 2001.

"Together with China's support, more and more people are going to theaters to enjoy Kunqu," Shi told CGTN.

While when the art form is widely known, Kunqu artists are more likely to know the temptation of fame and wealth.

"I can easily change my runway to other industries for making more money, as opera artists typically earn meager salaries," Shi said he couldn't buy a house even after working 16 years in the industry. "But I never gave up on my career path," he said with a firm attitude. 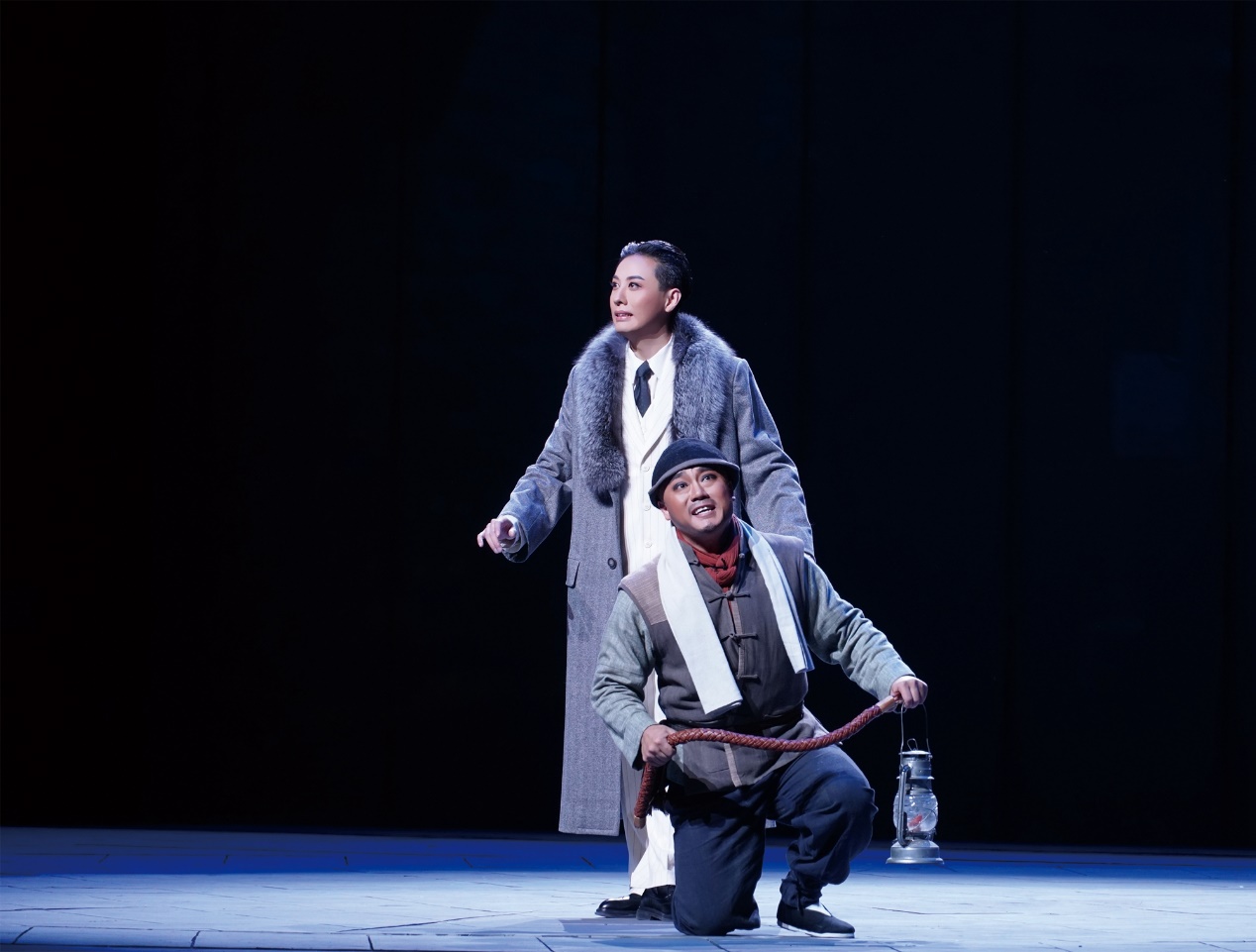 Another example that depicts his dauntless spirit of the trailblazers is when he received the task to play late Peking opera master Mei Lanfang, who was the first artist to spread Peking Opera in foreign countries.

"When playing the role of Mei Lanfang, it wasn't just performing as a significant person that was a challenge for me, but also the need to change my mindset from that of traditional opera to modern."

But Shi persevered as he is in strong belief showing the beauty of Kunqu to the world and future generations.

"I know where the road can go," Shi underscored, "If I keep performing on stage, together with my colleagues, I believe more and more people will fall in love with Kunqu."

From a Kunqu actor to a head of Kunqu theater, Shi has made his efforts on adding modern touch to old traditions.

"We've introduced a few shows with modern twists, like one concerning the fight against COVID-19," Shi said, adding that performances were also arranged on campuses and in communities. 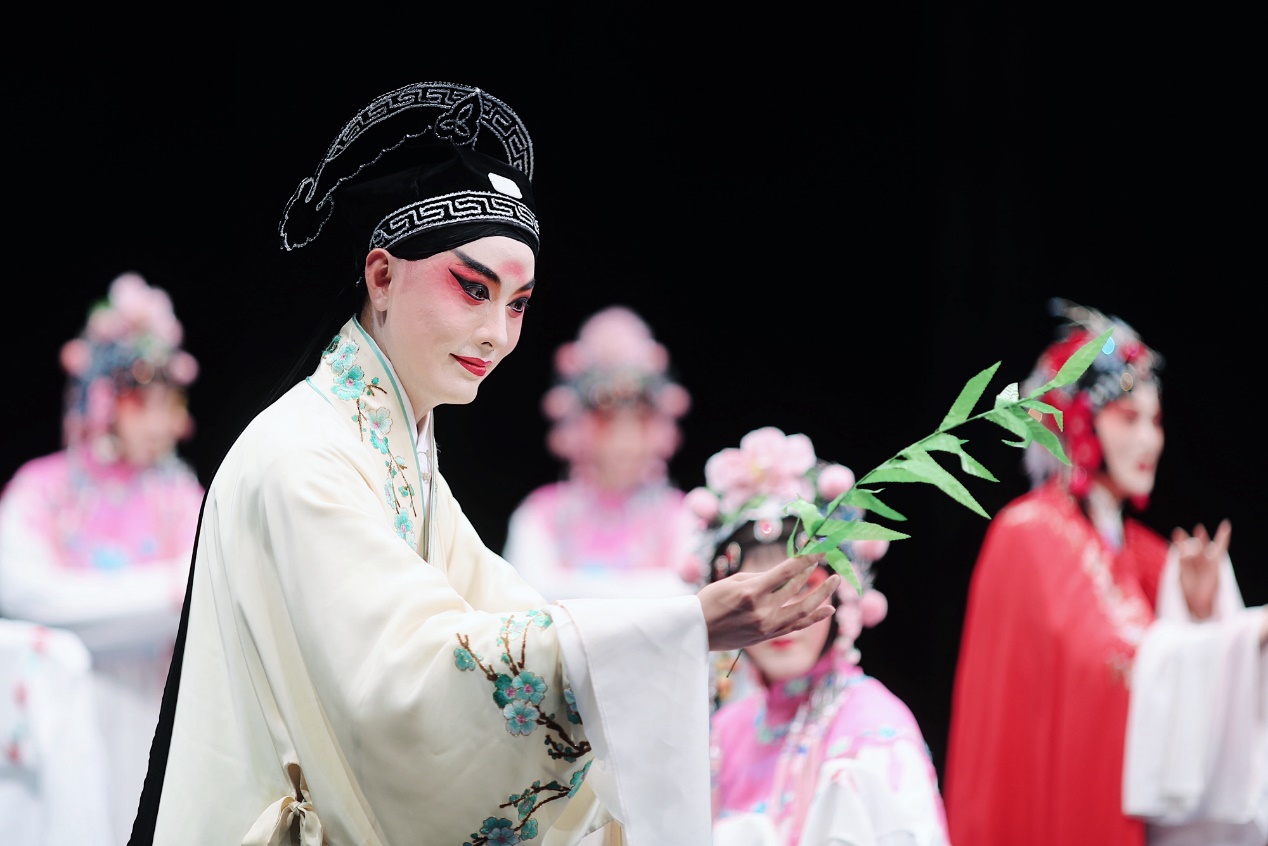 With innovations in technology, Shi and his colleagues are able to livestream Kunqu, giving artists a boost in public recognition, and helping cultivate younger audiences.

Just in time for the Party's centenary founding anniversary, Shi is preparing for a new role - Qu Qiubai, a key leader of the CPC in its early days, who was arrested and murdered in 1935.

"Qu is a real proletarian revolutionist who had strong faith in the Communist Party of China. So much so that he gave his life for it," Shi talked about his understanding of the new role, as he is a Party member himself.

"For me, a qualified Party member is not a symbol," Shi noted, "but a common person of strong convictions with both feet on the ground."

In his mind, a Party member should stay true to its mission. "Someone that shouldn't easily give up."

"But through playing the role of Qu, I have the chance to encounter him through Kunqu Opera, and get a touch with his time and revolutionary spirit," the artist said.

(All photos courtesy of Shi Xiaming)