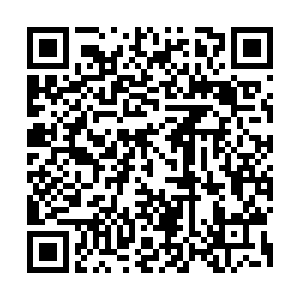 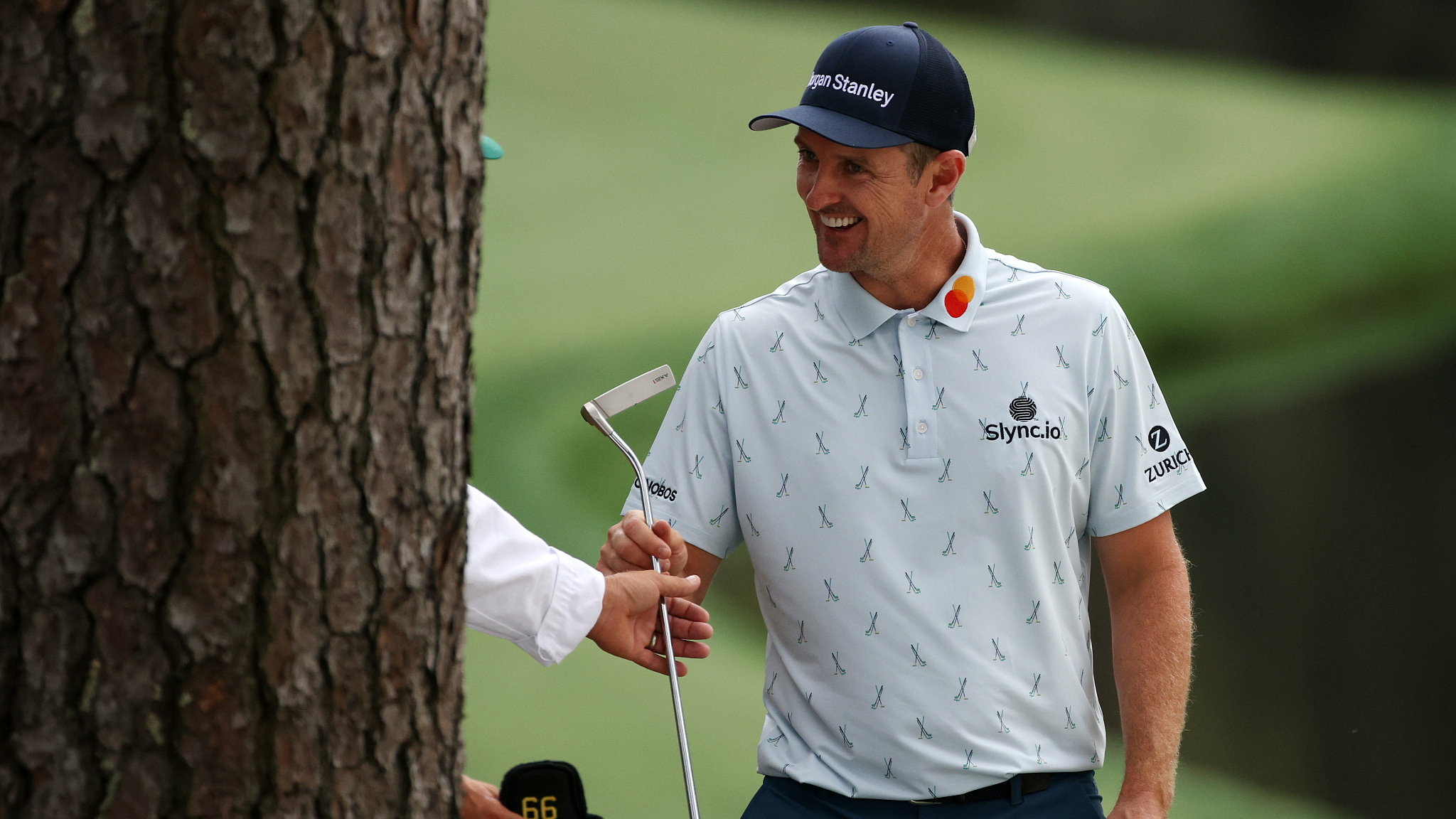 A precise Justin Rose tamed a windy Augusta National to hold a four-shot lead after the first round of the Masters on Thursday while defending champion Dustin Johnson was among a number of top players who struggled in challenging conditions.

Rose, twice a Masters runner-up, had done little to excite the spectators on hand as he was two over after seven holes, but went on a scorching run to card a seven-under-par 65 that marked his career low at Augusta National.

That left the 40-year-old Englishman four shots clear of Japan's Hideki Matsuyama and American Brian Harman. Former champion Patrick Reed and 2012 U.S. Open winner Webb Simpson were among a pack of four golfers a further shot off the lead.

"I felt like the conditions today were not the day to go hit them and have your personal best out there," said Rose. "It was pretty windy – well, windy enough to be tricky, and obviously the greens are incredibly firm and fast."

Rose, who withdrew from his last start a month ago with back spasms, kicked off his torrid run at the par-five eighth where he made eagle after his approach shot from 275 yards bounced off a greenside slope and settled nine feet from the cup.

From there, Rose was locked in and birdied all but three of his remaining 10 holes in one of the most brilliant stretches of golf ever seen at the Masters.

"You can't win the golf tournament today," said Rose, who has held the first-round Masters lead four times. "Even with a 65 you can't win it today. You can only probably lose it today, obviously."

This Masters has a much more familiar look as it is back in its traditional April slot as the year's first major while fans were welcomed back, although in limited numbers and with protocols in place to reduce the risk of COVID-19 transmission.

A wild finish left Johnson (74) nine shots back of the lead as he struggled with significantly fiercer conditions compared to the toothless Augusta National layout he triumphed on five months ago in record-setting style.

"Playing definitely a lot tougher just because, when the greens are firm and fast here, the golf course plays difficult," said Johnson, whose 20-under-par 268 total last year was the lowest in Masters history. "Then you add the wind in today, it made it play really difficult." 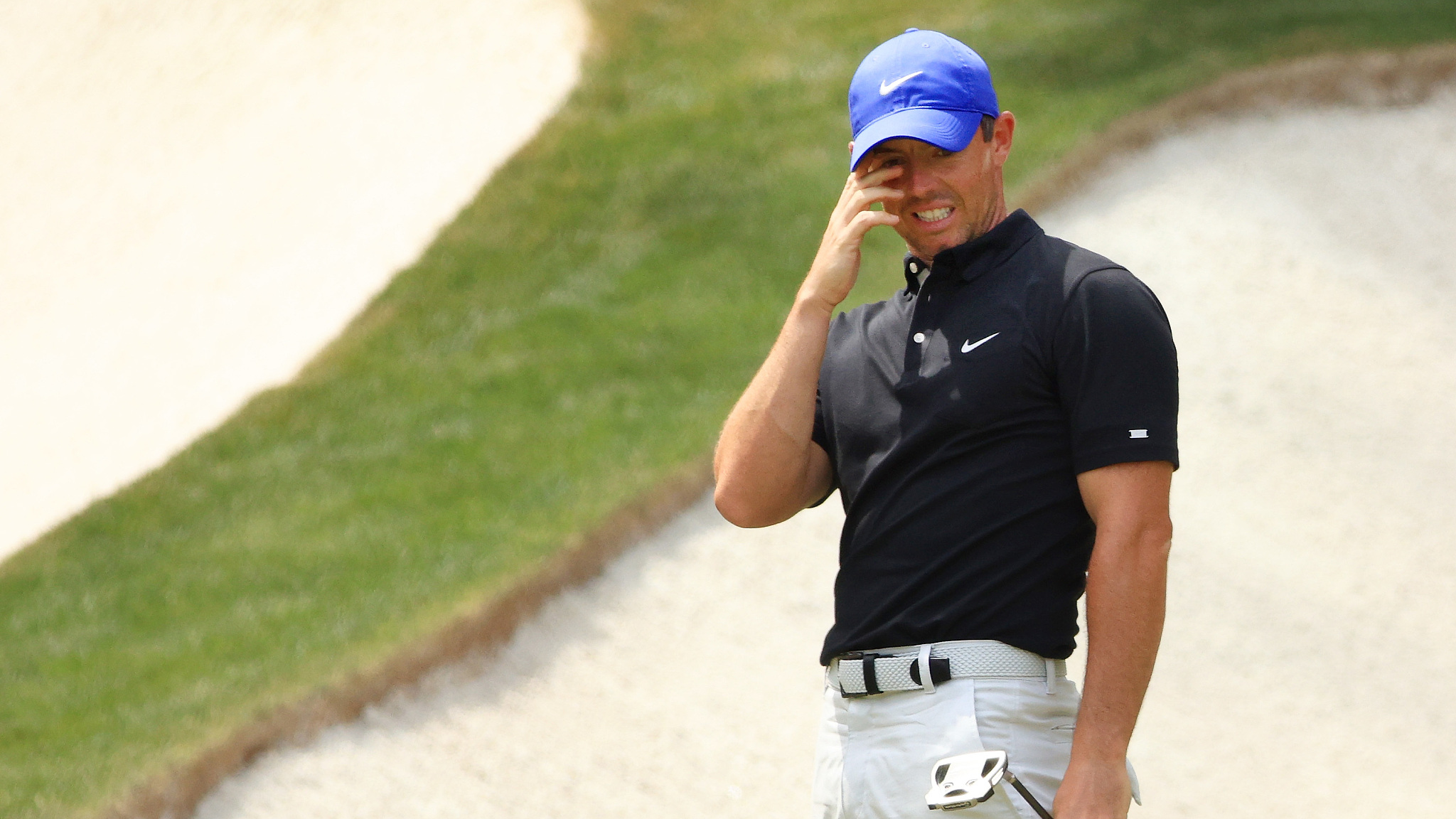 Rory McIlroy of Northern Ireland reacts after missing a putt on the 13th green during the first round of the Masters at Augusta National Golf Club in Augusta, the U.S., April 8, 2021. /CFP

Rory McIlroy of Northern Ireland reacts after missing a putt on the 13th green during the first round of the Masters at Augusta National Golf Club in Augusta, the U.S., April 8, 2021. /CFP

Former champion Jordan Spieth, among the favorites and fresh off his win last week at the Texas Open, finished with a one-under-par 71 after a roller-coaster round that included a triple-bogey, bogey, three birdies and an eagle.

Spieth got into trouble at the par-four ninth when, after an errant drive, he tried to send his ball through a maze of trees but instead hit one of them and it ricocheted backwards leading to a seven.

The three-times major champion recovered with a birdie at 10 and then eagled the par-five 15th to salvage his round.

Bryson DeChambeau, whose bid to overpower Augusta National last November when he was the pre-tournament favorite failed, came into this year's Masters riding high after his win at Bay Hill last month but again was left scratching his head.

DeChambeau's day started to unravel at the par-three fourth where he made a double-bogey after he found a bush with his tee shot and then barely chopped it out. He added three more bogeys before a birdie at the 15th for a four-over-par 76.

World number two Justin Thomas, who finished fourth at November's Masters and has heated up since, was expected to lean on his stellar iron play to get in the mix but instead bogeyed three of his first seven holes en route to a one-over-par 73.

Rory McIlroy (76) made an inauspicious start to his latest bid to complete the career Grand Slam as he carded his worst opening round at the Masters and even hit his father with an errant shot that led to one his six bogeys.

The day began when a clearly moved Lee Elder, who in 1975 became the first Black man to compete in the Masters, was warmly welcomed as he joined Nicklaus and Gary Player as a new honorary starter for the 2021 tournament.

"I think it was one of the most emotional experiences that I have ever witnessed or been involved in," said Elder, who has limited mobility and did not hit a tee shot.

(Cover image: Justin Rose of England reacts on the 16th hole during the first round of the Masters at Augusta National Golf Club in Augusta, the U.S., April 8, 2021. /CFP)