Download
Biden's infrastructure plan: What, why and its global economic impacts
CGTN 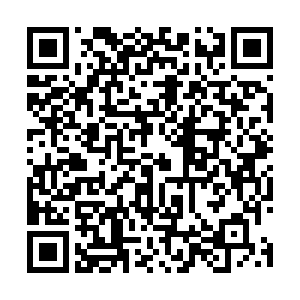 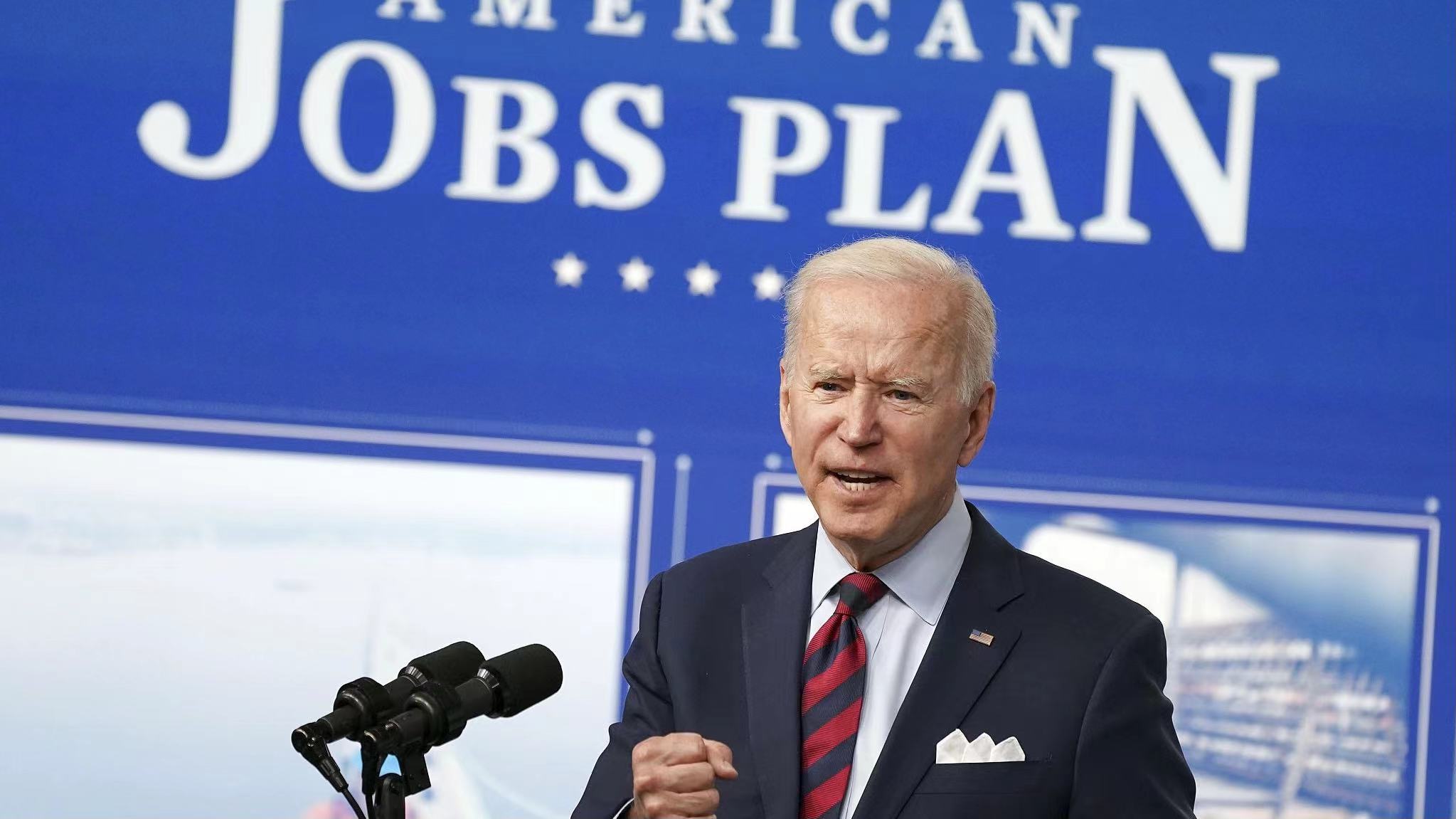 However, U.S. infrastructure today no longer matched its economic status as the world's biggest economy. U.S. public domestic investment as a share of the economy has fallen by more than 40 percent since the 1960s, according to the White House.

On a card with bullet points Joe Biden held at his first news conference as U.S. president two weeks ago, he noted that China spends three times more on infrastructure than the U.S.

The devastating COVID-19 pandemic in the past year has exposed many shortcomings of U.S. infrastructure systems. But it has also created an opportunity for the country to pass a bipartisan infrastructure package worth over $2 trillion proposed by President Biden. But getting the bill through would be an uphill battle where Democrats hold narrow majorities both in the House and Senate and Republicans are skeptical of a huge spending package.

On Wednesday, Biden made a plea for Republicans to work with him on the plan emphasizing that it is essential to preserve U.S. economic status. He will discuss infrastructure plan with bipartisan members of Congress on Monday.

Why is the plan needed?

Current U.S. infrastructure lags behind its developed peers. The country's overall infrastructure quality ranked 13th worldwide in 2019, according to a World Economic Forum report. In specific categories assessed, its overall transport infrastructure ranked 12th and its quality of road infrastructure was ranked further low, at 17th. 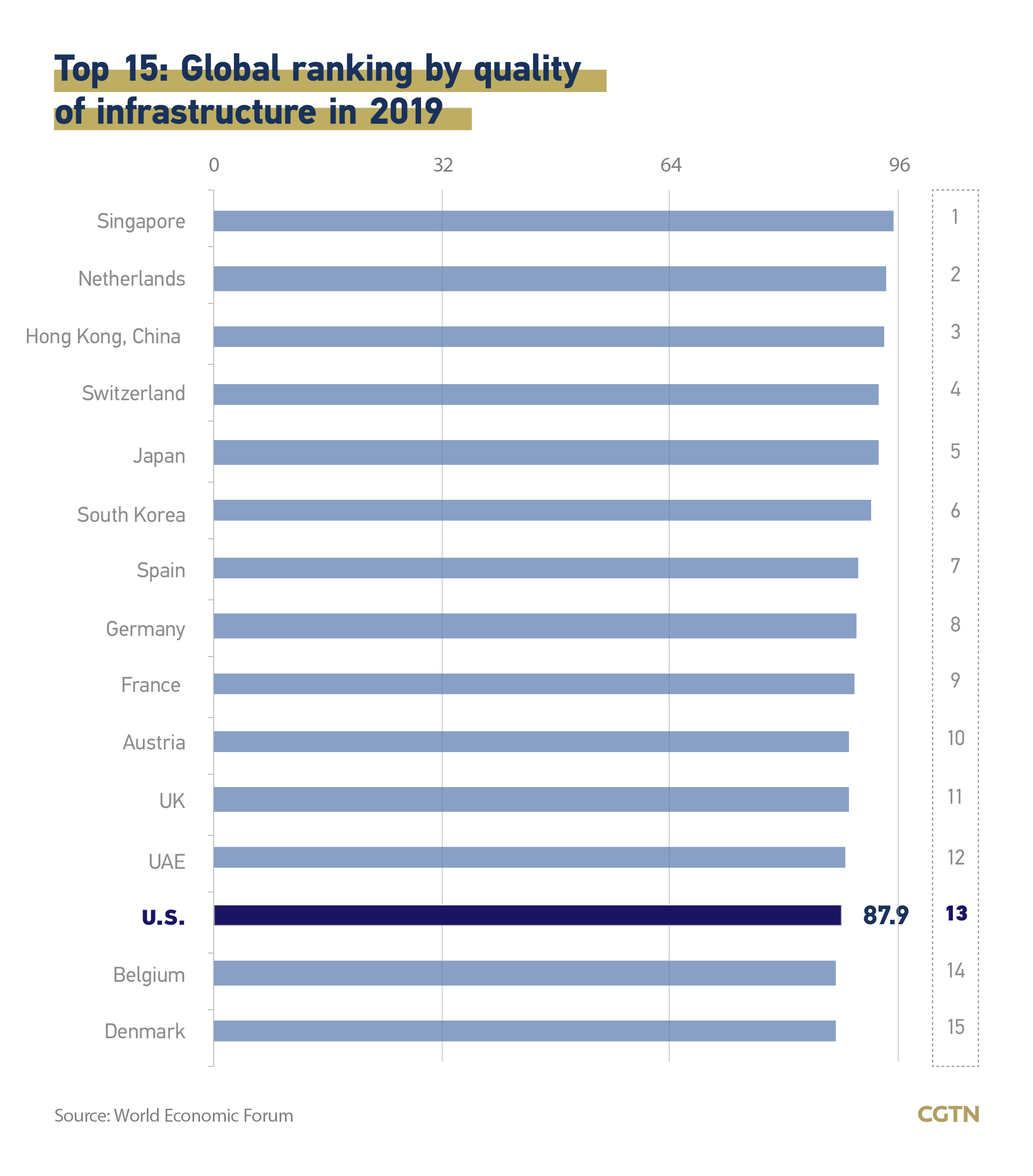 Moreover, the state of infrastructure in the U.S. is imbalanced, despite progressing to "C-" in 2021 from "D+" in 2017, according to an every-four-year assessment carried out by the American Society of Civil Engineers. 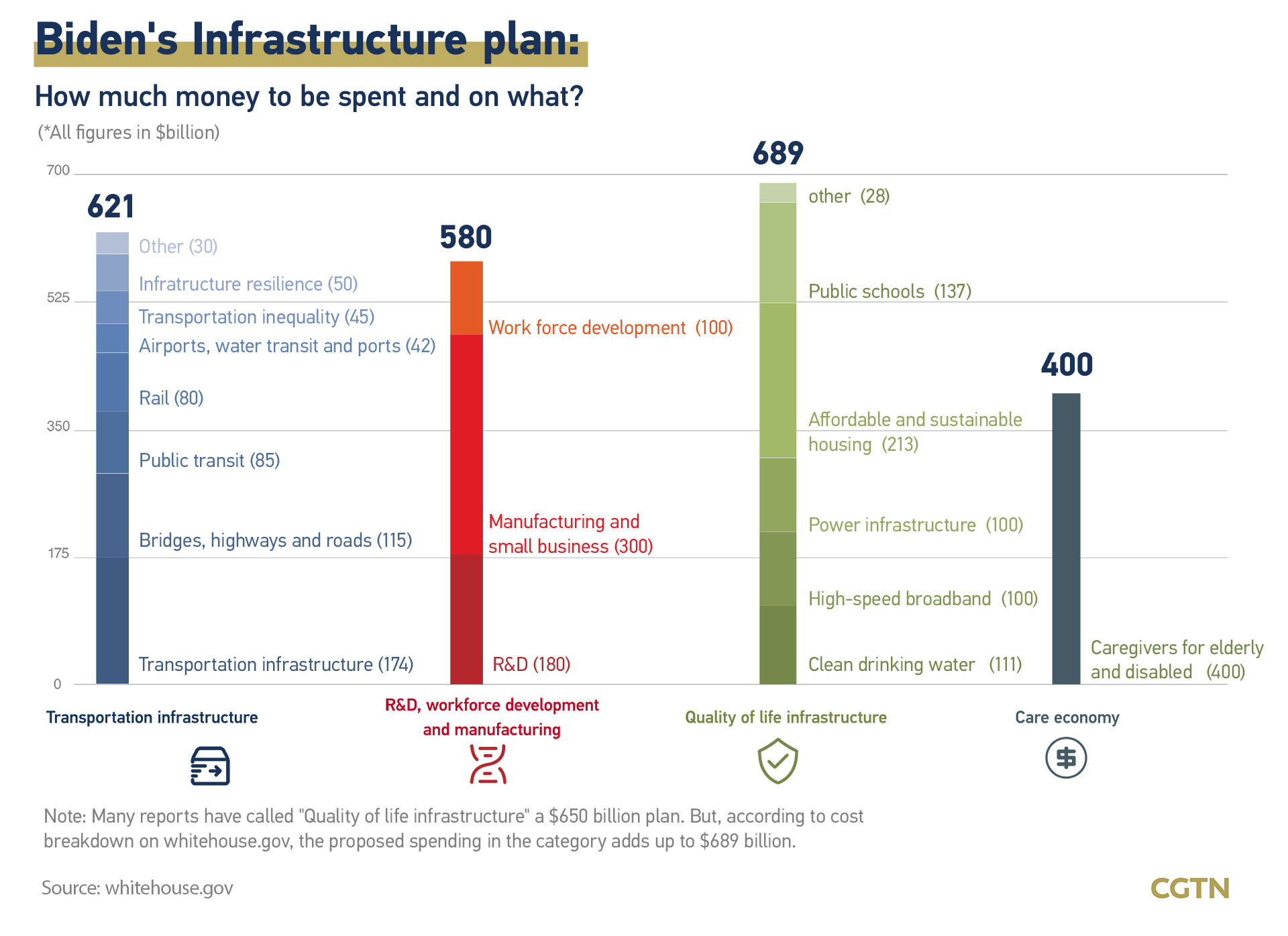 However, he is in doubt over how effective the plan could stimulate the economy as funds of the plan would be raised by increasing the corporate tax rate, which will discount the driving effect of the plan. Biden's plan would raise the corporate income tax rate after deductions to 28 percent from the current 21 percent.

Mitigate fiscal deficit. The year 2020 forced the U.S. to respond with large stimulus plans driving the deficit to approach 15 percent of GDP – a historic high since 1926. With higher corporate tax, the state of the U.S. fiscal balance would be improved, according to Chen.

The proposal of raising corporate tax has backfired among business leaders, with Neil Bradley, executive vice president at the U.S. Chamber of Commerce, rejecting the plan to raise funds, saying it will offset benefits.

In a tweet on Wednesday, he wrote: "America needs a bold infrastructure plan, but we cannot afford to pay for it with job destroying tax increases that will offset the economic benefits of investing in infrastructure." Established in 1912, the chamber represents over 30 million small and large businesses across the U.S.

Josh Bolten, CEO of Business Roundtable representing CEOs of the largest U.S. companies, said in an interview with Bloomberg TV on Thursday that the group is "strongly against" tax increase, adding Biden's infrastructure plan should stick to roads and bridges.

But not all are critics.

Amazon founder and CEO Jeff Bezos, who is also the world's richest person for the fourth year running according to Forbes ranking, said in an online statement on Tuesday: "We recognize this investment will require concessions from all sides – both on the specifics of what's included as well as how it gets paid for (we're supportive of a rise in the corporate tax rate)."

As for the global economy, there will be a spillover effect for most exporters, as the U.S. would need to import a lot of raw materials and industrial intermediate goods, of which China is a major producer, Hang Seng Bank China's chief economist Wang Dan told CGTN.

However, when it comes to investment, the effect of the infrastructure plan is not all rosy. In Wang's opinion, U.S. allies in Europe and countries like Australia could benefit from investing under the plan. But for Chinese investors, who have faced escalating scrutiny since 2018 amid tensing trade relations with the U.S., that may not be the case.

China can no longer participate in the bidding process of infrastructure projects, said Wang.

Another problem worth keeping an eye on is that the plan may put emerging and developing economies into debt crises.

Wang said the plan will help the U.S. economy to recover at a speed faster than the market predicted, which will strengthen the U.S. dollar. This will accelerate capital outflow from the emerging markets, thus making their debt problems bigger.

"It can be very hard to resolve in the future," Wang said.