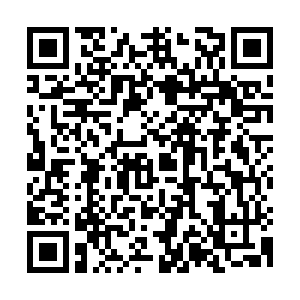 The Biden administration should formulate a better strategy instead of carrying on with Donald Trump's policies towards China, according to an opinion piece published in the Financial Times on Wednesday.

Taking the Cold War between the United States and the Soviet Union in the latter half of the 20th century as an example, Singaporean scholar Kishore Mahbubani stressed China is different from the former Soviet Union because it is determined not to make the same mistakes the former Soviet Union did, in his opinion piece titled "Biden should summon the courage to reverse course on China."

Listing the reasons that brought about the collapse of the former Soviet Union, such as negative trends in suicides and life expectancy, Mahbubani said that it's the U.S. that is doing badly, as the country sees a declining life expectancy and the educational standards of its teenagers lagging behind their counterparts in other advanced countries.

On the contrary, China is doing the opposite of the former biggest socialist country, according to Mahbubani.

"No country has improved its people's well-being as much as China," wrote Mahbubani, adding that the past 40 years have been the best four decades in Chinese history.

So, in the opinion of Mahbubani, the Biden administration is making a strategic mistake in carrying on with Trump's policies towards China.

Mahbubani also pointed out that Biden's administration met difficulty in changing its course on China from the course laid out by Trump, as there is a rising anti-China mood in the U.S. politics, which allows the unwise steps taken under Trump to remain in place.

For example, there are still sanctions on Chinese entities and criticisms on Xinjiang.

However, Mahbubani said the Biden administration should declare, as Joe Biden did in 2019, that Trump was wrong on China and reverse his policies, in the face of the facts that China has protected its people well in the COVID-19 emergency and won support from home and abroad in the public argument in Alaska.

"Ending the trade war with China would boost economic growth in the U.S., helping Biden in the 2022 midterm elections," said Mahbubani, adding that this is especially welcome amid the raging pandemic.

(Cover image: Joe Biden shakes hands with a boy during his visit to China in Beijing, August 10, 2001. /CFP)