Download
Sidelines | Be reminded, even a marathon has an end
CGTN Dean Yang 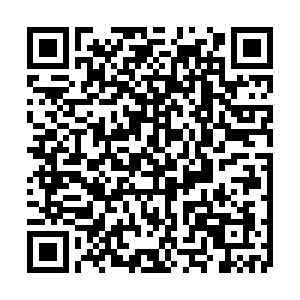 Be Reminded Even A Marathon Has An End.mp3

I wasn't an enthusiastic runner more than a year ago when headlines about the Tokyo Olympics were mostly concerned with ballooned investment rather than an outright cancellation, and the new coronavirus was yet lurking at humanity's door.

The world is still not out of the woods as far as the pandemic is concerned, a year or so after it began, and the rescheduled 2020 Olympic Games is only a hundred days away. I've finally become a reluctant jogger – running occasionally with face mask around my chin as there weren't many options left for exercise due to the on and off epidemic restrictions in Beijing.

"Pain is inevitable, suffering is optional," writes Japanese writer and marathon aficionado Haruki Murakami about the sport in his memoir "What I Talk About When I Talk About Running." I agree with him completely on the part after the comma, but for a reason that may be slightly more than the "inevitable pain" which, of course, is one the sources of suffering to many joggers including me.

Running is labor, for sure. Your fully charged body sustains itself for about 20 to 30 minutes before switching on its low-battery mode in which gravity will force you to savor every second of energy being drained from your limbs. The progress is so paralyzing that you simply can't afford to lift an arm to wipe off the sweat dribbling down your face, at the expense of breathing. The weight you feel on your legs grows heavier and heavier until it implodes into downright pain. Running is like forty years of ageing being condensed into the time of about an hour.

Overcoming this self-inflicted pain can be joyful, as implied Murakami's uplifting line. Eventually your body will get used to budgeting energy. Every muscle involved will begin coordinating an efficient rhythm that minimizes the pain. And the mind, set free of worry about physical setbacks, can spin even faster than usual to bring creative benefits. "Most of what I know about writing fiction I learned by running every day," Murakami says in his book.

But I don't think the physical challenge is the most deterring thing about the sport. Rather, it's the hopeless boredom of confronting nothing but oneself.

Jogging is a lonely exercise. Human beings are social animals that no longer need to run the full length of their lives to hunt for food or escape the teeth of something else. We are far less motivated to run. Not everyone of us is gifted with an artistic brain capable of seeking out from the most common and familiar sights the ingredients to majestic ideas. As the physical distress subsides, the preoccupation with it gradually gives way to a growing self-consciousness. The exercise becomes a theater with which we struggle to engage fully. A car horn sounding or a dog barking can easily jostle us out of the immersion. Not to mention the finale, which doesn't come until the self-imposed finishing line is in sight – whereas the world's first official marathon runner had a message of victory to sustain him all the way to Athens.

Because of the pandemic, jogging's weakness has become its strength – as a solitary exercise, it does not require gathering. Team sports are still out of question for many in the countries that are racing to vaccinate at a higher rate than the infection can spread, such as Japan, the 2020 Olympic host.

Indeed, this battle against COVID-19 is often compared to a marathon, straining individuals as well as states poor and rich alike. We know how it will end as clearly as a marathon runner is aware of what lies 42 kilometres away. But the pain, the hopelessness and the boredom are likely to continue to dog us even after the finishing line is around the horizon. For the most devoted joggers and Olympic lovers, for example,  heart-breaking news came recently that the torch relay, a staple part in the build-up to the global sporting event, could be cancelled for multiple legs should it fail to conform to local coronavirus restrictions, casting a shadow on the already delayed Games.

Hopefully, the Tokyo Olympics, should all the pandemic control measures work properly to contain the risks, could be a reminder for human beings that the marathon fight against COVID-19 is coming to an end.