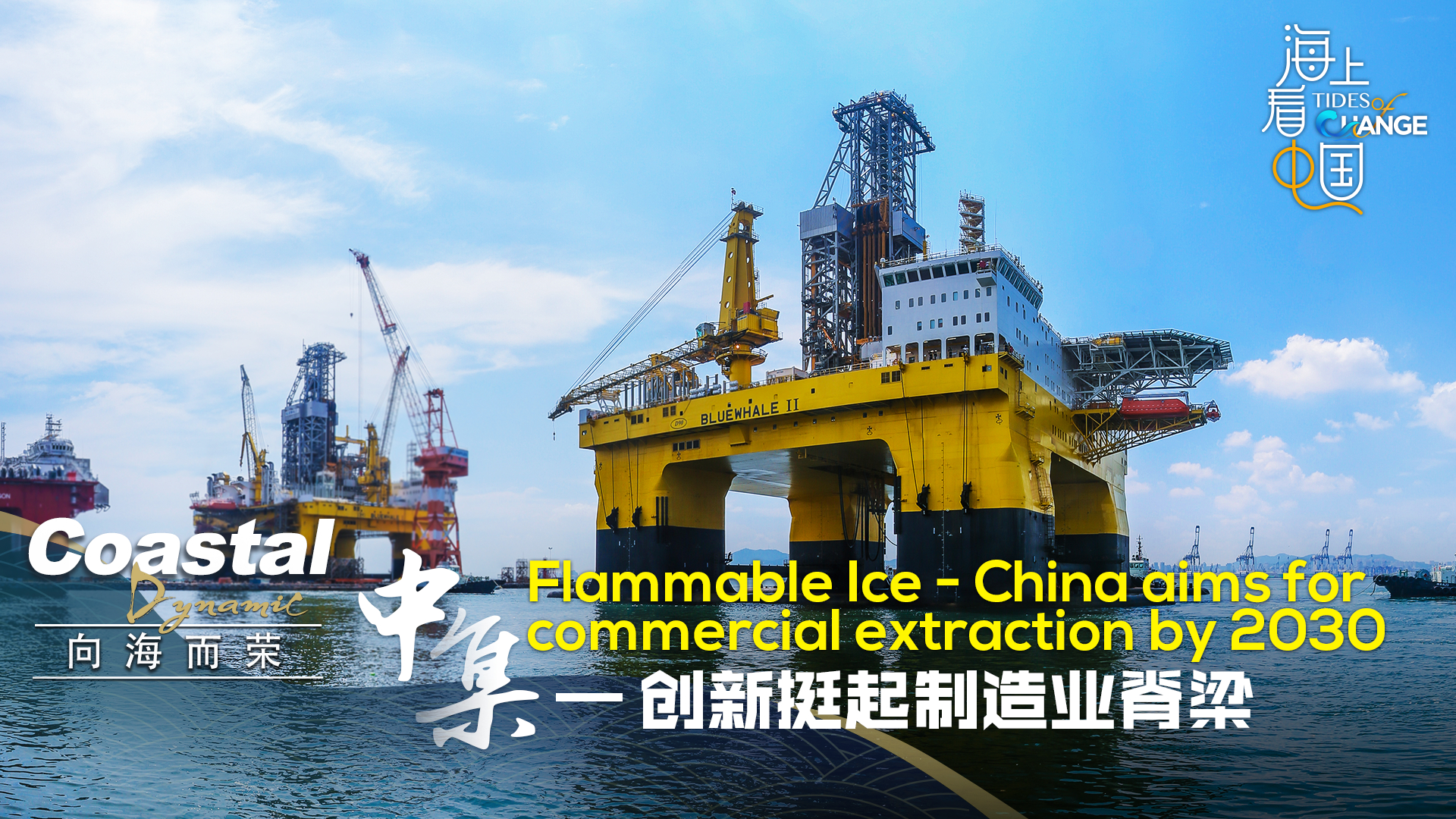 China hopes to achieve commercial extraction of "flammable ice" within a decade, according to Li Jinfa, deputy director of the China Geological Survey under the Ministry of Land and Resources.

Flammable ice is a nickname for methane hydrate, a frozen mixture of water and natural gas formed under high pressure and low temperatures in permafrost or on the seafloor.

China has discovered promising reserves in areas like the Qinghai-Tibet plateau, as well as under the South China Sea. The country's first undersea test in 2017 sent shockwaves through the energy sector with two world records: one for the largest volume of methane extracted, and the other for the most produced on a single day, according to the Ministry of Natural Resources.

The gas was extracted from a depth of about 1,225 meters. The tool, an ultra-deep-sea semi-submersible drilling rig called Blue Whale One, was built by a company headquartered in southern China's Shenzhen City.

"Our platforms were built to operate in the North Sea, which we all know has the roughest conditions for oil and gas production in the world," said Feng Wei, deputy director of China International Marine Containers Group (CIMC) marine engineering lab.

"Such specifications mean we can operate even in a level-12 typhoon."

It did precisely that. A storm hit halfway through the first test, but the extraction continued for 60 days uninterrupted, according to Feng.

Last year, the rig’s sistership Blue Whale Two conducted a 30-day test, producing more than twice the amount of methane from the first. A flare on a drilling rig shows methane is being produced. /China International Marine Containers Group

A flare on a drilling rig shows methane is being produced. /China International Marine Containers Group

A race to new depths

China is overtaking Japan, which has been a pioneer in this field.

The energy-starved island first dug into the frozen treasure off its Pacific coast in 2013, but the test ended six days later due to sand intrusion. Their second attempt four years later ran into the same issue.

Experts said the key to China's success is a horizontal well-drilling technique. "Only a handful of countries are attempting to mine flammable ice, but are stuck at vertical wells," said Li Yang, an academician of the China Academy of Engineering.

"China's breakthrough opens up new possibilities for the whole industry."

The crux is to extract the sensitive fuel without any of it escaping – a mass spill of methane on the seafloor can be catastrophic for the environment.

An unmanned underwater vehicle, "Seahorse," also probed the site afterward to rule out any methane leakage or changes to the ocean topography.

The future of energy?

Experts agree flammable ice could be a game-changer which many hope can replace coal and oil.

It's also thought to be the most abundant source of carbon fuel on Earth, holding more carbon than all other fossil fuels combined, according to the U.S. Department of Energy. 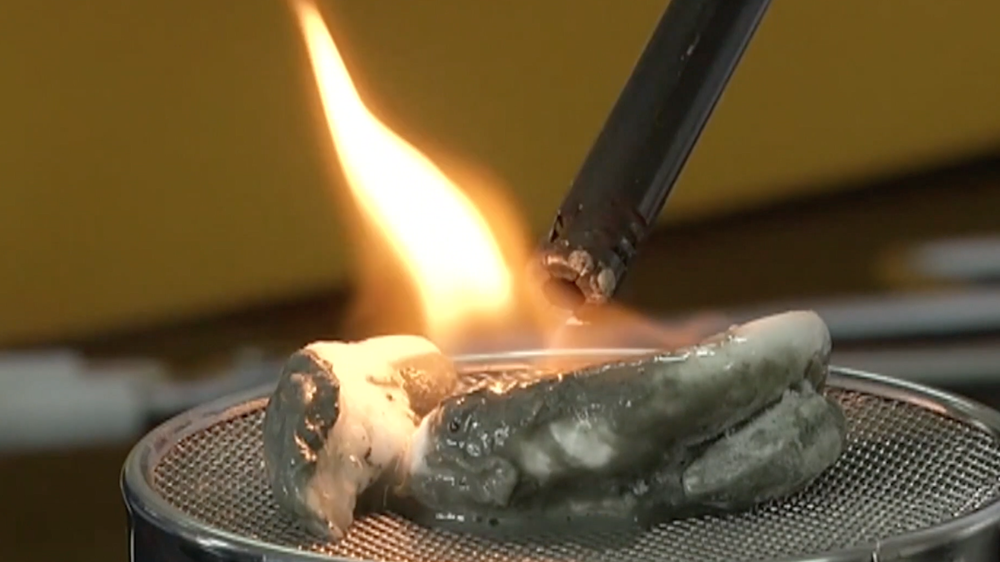 Crucially, for China, the combustible ice is a cleaner alternative to coal. It releases less than half the amount of carbon dioxide as oil and coal when burned, energy officials said.

"Ideally we want to use solar or wind – those are 100 percent clean. But it's unlikely that those sources alone can cover the need for such a huge country like China."

India, Canada and the United States are also believed to be looking at hydrates as a transitional fuel.

"This is part of a bigger picture of transition, from the so-called old economy to new economy for China," Shu added.

"The scale and complexity of the equipment required to access ocean resources are exceptionally high," said Feng, adding that "from specialist paint, to dynamic positioning, to repair and maintenance, these are all very long supply chains."

China aims for its emissions to peak by 2030 and reach carbon neutrality by 2060.

"It's a very ambitious and challenging goal. But a positive signal is that more and more companies have started this process," Shu said.